Why does Times Square drop a ball on New Year's Eve?

A bit of history that leads us to Times Square 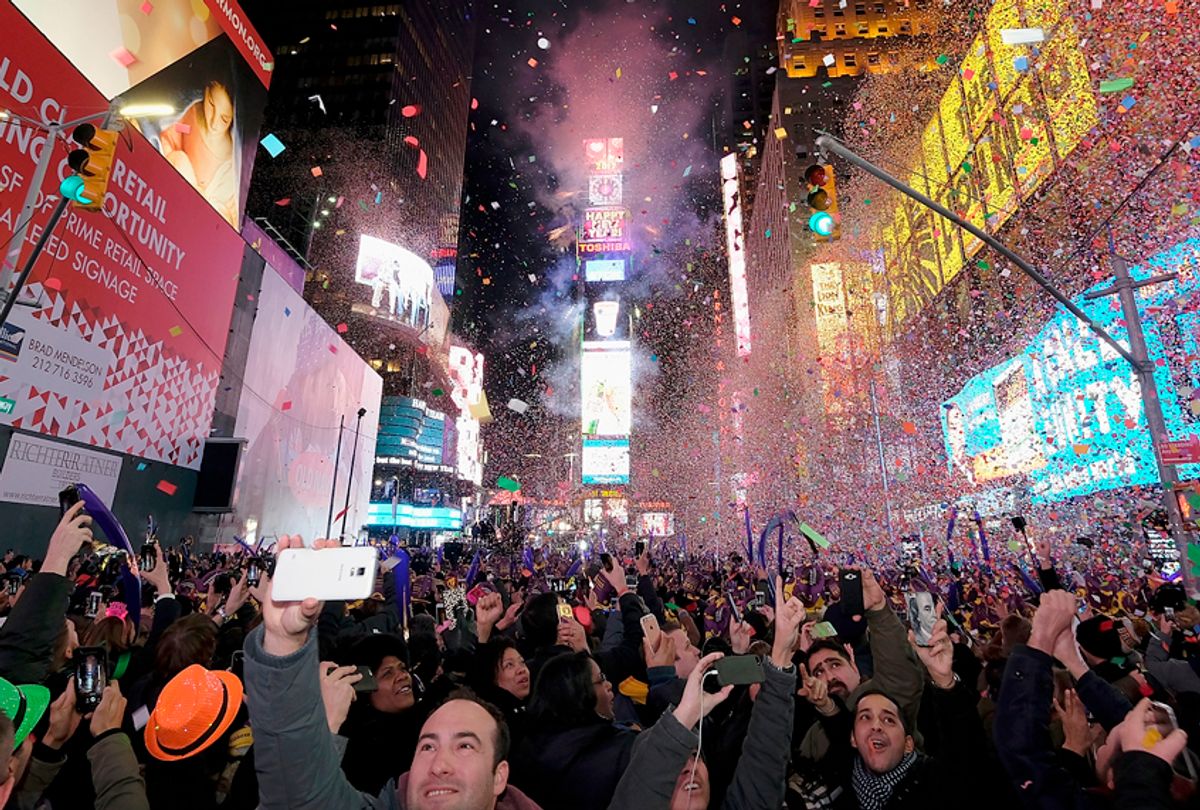 Billions of people worldwide will be signaling the start of 2018 in less than a week on New Year’s Eve, by staring with great anticipation at a big glowing ball slowly dropping. Why do we do this? What is the history behind this tradition and what the heck is a “time ball” anyway?

According to the Times Square website, New Yorkers started celebrating New Year’s Eve in Times Square as early as 1904, partly thanks to Adolph Ochs, the publisher of the New York Times — which, in turn, was the namesake for Times Square. Ochs began scheduling fireworks to kick off the new year in 1904, to celebrate the inaugural year of The New York Times' new location, but the city banned the fireworks by 1907. He had to find a better approach.

Historically, time balls had nothing to do with New Year’s Eve. They had more to do with practical work than with celebration. In the 1800’s, before official time zones were in place, ships’ captains would use something called a chronometer to keep track of time. It was basically a big pocket watch, but seas get rough and sometimes inaccuracies arose from the delicate device losing its levels. If the device wasn’t calibrated, captains might lose track of their speeds or “going-rates” and risk being mired by large fish shoals that would slow down their trip.

England found a solution, allotting a specific time every day for sailors to essentially “sync their watches,” as we would do today. At 1:00 p.m., a ball would drop from a coastal naval observatory, that captains could see from their ships. The first one was installed at England’s Royal Observatory at Greenwich in 1833. Now captains would be able to set their chronometers more accurately.

When Ochs was looking for a replacement symbol of celebration when his firework plans were dashed, he spared no expense and arranged a bright, 700-pound time ball of iron and wood to be lowered from the tower of the Times building at midnight to ring in 1908. Now all those watching would know when New York officially began the new year. Times Square will continue this tradition for the 110th time on Sunday night.