Why do our computing devices seem to slow down?

Your gadgets might slow down if they’re bloated with apps 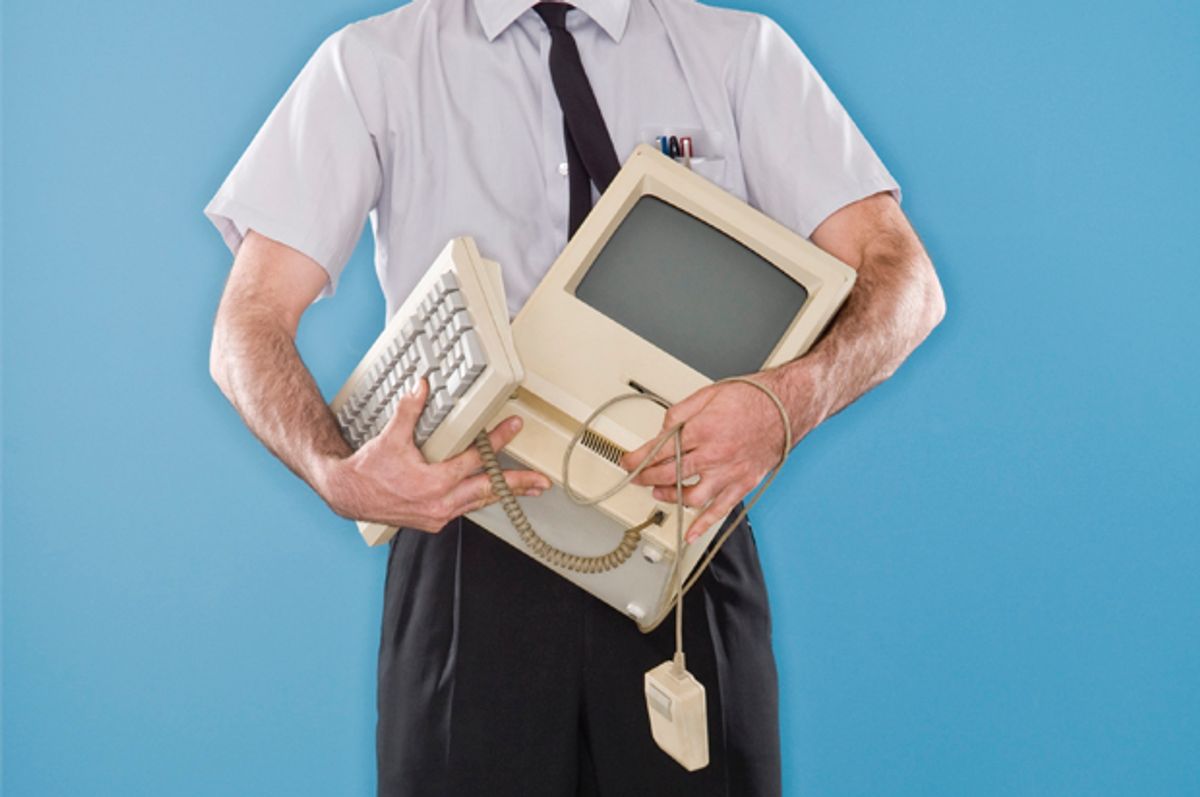 This is an article from I’ve Always Wondered, a series where readers send in questions they’d like an expert to answer. Send your question to alwayswondered@theconversation.edu.au

“Why do phones, tablets and computers always slow down as they get older, to the point that they become unusable, but when I back it up and restore it onto a brand new device, it’s fast again (despite not changing any of the installed software)?” - Jason Yosar

Plenty of misconceptions and conspiracy theories surround this topic.

Internet searches for “iPhone slow” spike after the release of a new-generation model, but there’s no evidence to suggest that manufacturers deliberately degrade the performance of older devices with software updates.

Computer hardware does not typically slow down over its useful life. Instead, there are several other reasons why smartphones, tablets and PCs start to seem less snappy. The good news is that you can often take steps to improve your existing device’s performance.

All that extra functionality and glitz requires your device to do more computation than it did when it arrived home from the store. Given that it doesn’t magically speed up to compensate, it has less spare capacity available to respond to you quickly.

Newer apps not only tend to do more computation, they also usually take up more space in your device’s storage.

Devices only have a limited amount of fast “Random Access Memory” (RAM) available. One of a device’s data storage components, RAM is the rough equivalent of an office whiteboard - fast and convenient, but limited in capacity. Its contents are wiped every time you switch your device off.

When it runs out of space in RAM, your device can shift things to and from the much slower (and permanent until explicitly erased) data storage, flash memory, which takes considerable time.

In older PCs with mechanical hard disks, this used to be called “thrashing”, as users heard the hard disk’s read-write heads moving across the platters as they waited for data to be shifted in and out of the filled-up RAM.

Flash memory is silent and much faster than magnetic hard disks ever were, but it is still orders of magnitude slower than RAM.

To make their apps run faster, some designers make them store copies of things in RAM that they think the user might want to see again to speed things up. For instance, a web browser might retain a copy of what the content in each tab looks like, even if only one tab is visible at a given moment.

Known as cacheing, this makes things work much faster – until your system starts to run out of memory. For cacheing to be effective, the amount of space devoted to it must be carefully managed by the application and the device’s operating system.

Some app developers don’t put the effort that they should into doing this well, and their applications not only slow down over time, but can drag the rest of the system down with them too.

It’s also not uncommon for useful software to be accompanied by “crapware” – less-than-useful add-ons like browser toolbars – that use system resources and impact performance.

Additional software can slow a system down in many ways: filling up permanent storage, using up more precious RAM, and using the computer’s central processing unit “in the background” without you noticing. All these factors can result in the system having fewer resources available to respond to you promptly.

A new or factory-reset device tends to have less of this accumulated “cruft” (unwanted data and software) installed, and therefore has more resources available to do the tasks that a user actually wants.

Another unpleasant possibility is that some of the computing capabilities of your device are being used by malware - whether viruses, worms or other varieties of malicious software.

What can you do?

You’re not going to be able to match the performance of the latest and greatest high-end smartphone, tablet, or PC with an older model, as newer devices generally have fundamentally faster components. But with a small amount of effort, you can get the most out of your existing device.

Whether you’re using a phone, tablet, PC or Mac, the most useful zero-cost action you can take is to uninstall unnecessary apps and add-ons.

However, in some circumstances it may be easier - AFTER carefully backing up all your data - to simply perform the equivalent of a factory reset and reinstall the operating system from scratch, adding only the apps you actually need.