Another guest alleges show staff told her where to buy heroin 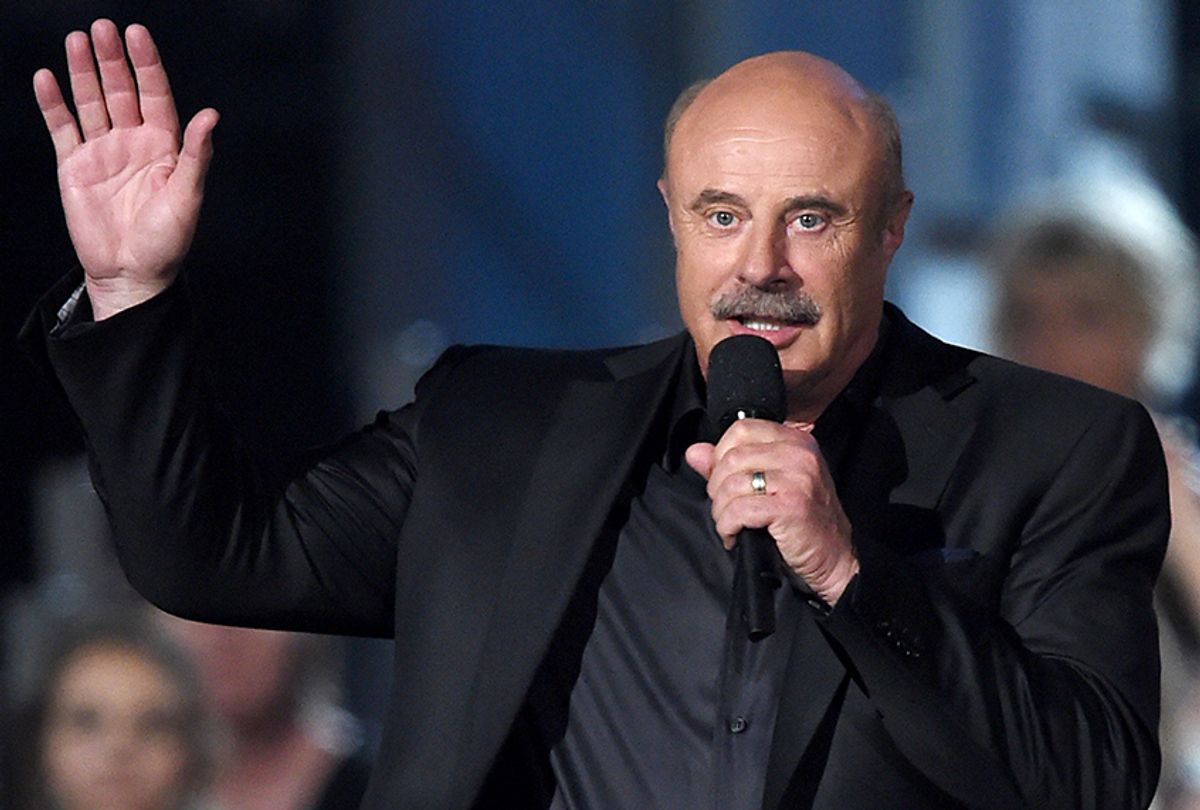 According to a detailed report published on STAT Thursday, members of the production staff of the "Dr. Phil" program may have supplied alcohol and off-prescription pharmaceutical drugs to guests who appeared on the tough-love, personal-advice series to discuss their substance abuse.

Specifically and notably, guest Todd Herzog alleges that when he arrived to discuss his substance dependency with the show's host, Phillip "Dr. Phil" McGraw, he found a bottle of vodka in his dressing room. Having drunk that, he says someone backstage gave him a Xanax. (The combination of benzodiazepines like Xanax and alcohol can be highly intoxicating and potentially lethal.)

When he appeared on camera for the taping of the episode, Herzog was inebriated to the point of incapacitation ("he had to be carried onto the set and lifted into a chair," the report says). McGraw noted to the camera during the taping, "I’ve never talked to a guest who was closer to death."

Other former guests visiting the show to discuss their issues with substance abuse spoke to STAT about their treatment by show staffers, which included forced 48-hour detoxes at hotel rooms apparently done without proper and certified medical supervision. One guest described buying heroin with the crew's knowledge, being told where to score it on the street and then being followed by a crew taping the hunt for the deadly drug without intervening.

Throughout the report, representatives for McGraw — who has a PhD in clinical psychology but is not a medical doctor or educated in substance-abuse treatment — and staff members deny that guests were given access to drugs, suggest that the show provided them with adequate care, claim that various medical institutions provided them with oversight and, ultimately, shirk any responsibility of culpability for their guests' actions either on or off set. STAT, through research, found these claims less than compelling.

When pressed, representatives for McGraw and the show changed their stories and claims throughout the report.

Interestingly, writers David Armstrong and Evan Allen say that some employees of "Dr. Phil" "raised alarms about the treatment of guests." They continue, "In one lawsuit filed last year against McGraw and his production company in Los Angeles Superior Court, a former segment director, Leah Rothman, accused McGraw of false imprisonment for trapping employees in a room to threaten them over leaks to the media."

The writers add that Rothman "also alleged that guests complained that their lives were 'ruined.' One guest attempted suicide after the show, according to a deposition with another staff member." Indeed, while one of the guests Armstrong and Allen spoke with credited McGraw for saving her life, Herzog called his appearance "a complete bust." He added that his experience with the show "didn’t help at all. Just ratings for him. People are going to him, like us, with serious, life-threatening problems looking for help. It just doesn’t happen."

Dr. Jeff Sugar, an assistant professor of clinical psychiatry at the University of Southern California, called the show's treatment of substance-addicted guest "a callous and inexcusable exploitation." He added, "These people are barely hanging on. It’s like if one of them was drowning and approaching a lifeboat, and instead of throwing them an inflatable doughnut, you throw them an anchor."

Again, anyone from the show speaking on the record to STAT denied all the allegations above, as did McGraw's representatives.

McGraw has hosted the "Dr. Phil" show, in which he attempts to solve guests' personal issues through his personal brand of uncompromising self examination and confrontational dialogue, since 2002. Before that, he was a frequent guest on Oprah Winfrey's talk show.

While his approach has made his show wildly popular (and lucrative) and many guests and fans claim he has had a measurable positive impact on their lives, he has become a controversial figure to many. His methods and approach to psychological care have been called "unethical" and "incredibly irresponsible" by the National Alliance on Mental Illness. Others have offered less kind words.

Over the years a number of questionable actions have been taken by either McGraw or the staff of his show. For instance, in 2008, "Dr. Phil" supplied bail for six girls who had been arrested in connection with charges including kidnapping and assault, crimes that the girls themselves had documented on video. Apparently, a production member bailed them out in order to book them as guests.

In that same year, McGraw visited the hotel room of singer Britney Spears, then on a psychological hold after a breakdown, to discuss her mental state. "Rather than helping the family’s situation, the celebrity psychologist caused additional damage," said a spokesperson for the Spears family at the time.

In 2016, McGraw attracted broad criticism for an episode featuring a visibly distressed and disoriented Shelly Duvall. Throughout the show, McGraw attempted — with much guilting — to enroll the actress for medical treatment at a clinic. At the end of the episode, it was revealed that the clinic had paid the "Dr. Phil" show a promotional fee for its inclusion in the broadcast. Claims of exploitation dogged McGraw soon after.