The daughter of Eric Garner, currently on life support in a New York hospital, is one of my activism role models 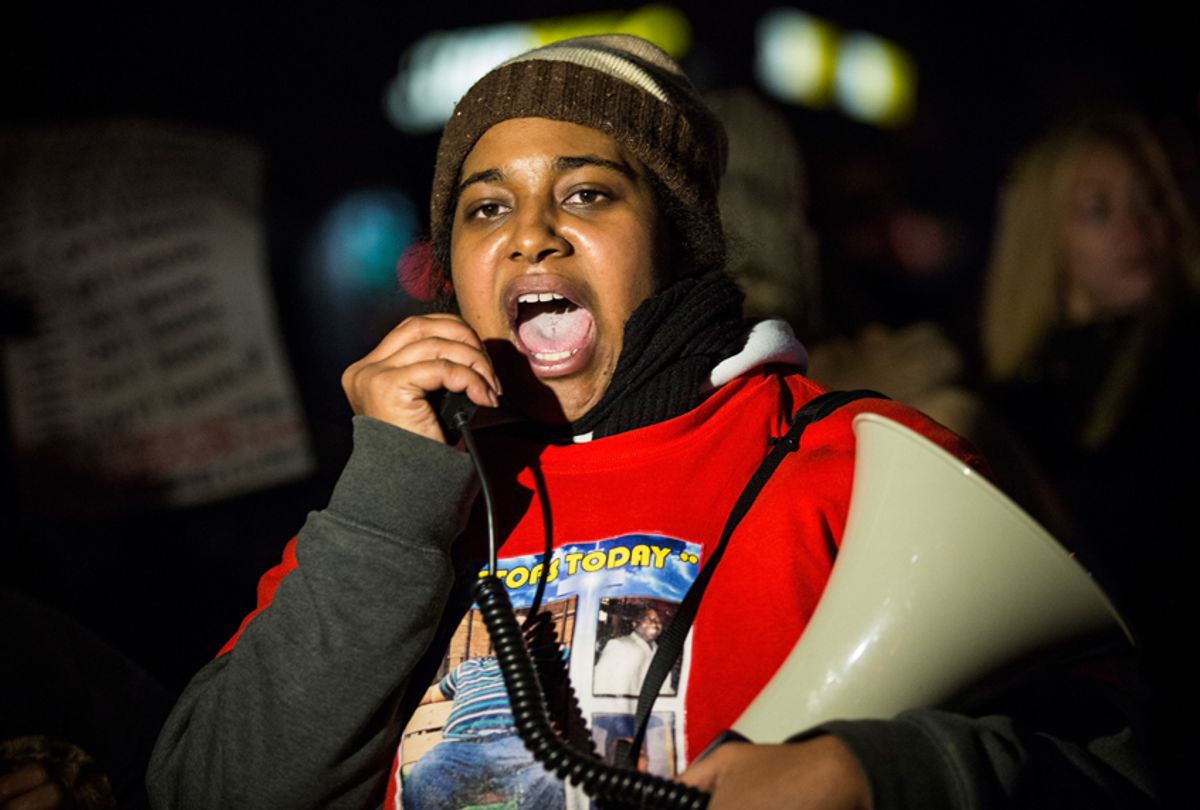 Give people their roses while they can still smell them.

Erica Garner — daughter of Eric Garner, a man killed on Staten Island by a police officer in 2014, sparking widespread outrage and protests — suffered a heart attack on Saturday. As of press time, Garner remains in a coma on life support in an intensive care unit at Brooklyn Hospital.

“The Garner/Snipes family wants to thank you all for your prayers and support,” the family said in a statement to the New York Daily News. “At this moment, there are no updates on Erica’s condition. They ask that you take this holiday to enjoy your loved ones and for self care. More updates will come as they are available.”

Garner, 27, dedicated her life to activism after her father died from an illegal choke hold administered by New York City police officer Daniel Pantaleo. Though Pantaleo’s chokehold and Eric Garner's haunting cry of "I can't breathe!" were caught on tape, a grand jury declined to indict the officer, an action that helped give rise to the Black Lives Matter movement.

I met Erica Garner in 2016 at a town hall held by Barack Obama and ABC News in Washington, D.C. We were both upset by some of the remarks made by the then-president, specifically regarding how he spoke about police violence, and I was even more upset that she didn’t get a chance to speak. Her dad’s death had focused international attention on the issue of police brutality against black Americans, and she had traveled all the way from New York to D.C. because she was promised a chance to address the president. Garner stormed out of the room, letting everyone have it, including the Secret Service. Ultimately, she was given the opportunity to speak with Obama and told him how she really felt. She didn't kiss up to him or beg to take a picture with him because he was the first black president; she gave him the hard facts about what black people were really going through all over the country at the time, and challenged him to do something about her father's death.

We traveled back to train station together, talking about the town hall, police violence and the problems with modern activism. Erica gets it; she’s extremely intelligent, funny, raw and understands these issues. I’m sorry that the death of her father brought her into activism, but I am blessed to have had the chance to meet her. Many were put off by her actions at the town hall, but I was inspired. She is the type of leader we need in our communities, in government and representing us in the media: A person who bathes in honesty and is not scared to speak truth to power, who will call B.S. when she sees it, even at the highest level.

I recently interviewed Matt Taibbi, author of "I Can’t Breathe," a book about the killing of Eric Garner. Taibbi spent a lot of time working with Erica on the project.

“I said to her, there’s a lot of different ways I can tell this story," Taibbi said to me. "I could tell about his good qualities and his bad qualities, or I could just talk about the good side.”

“She said it’s important for people to understand and to see him as a whole human being," he continued. "And that moment was really important to me.”

And that’s who Erica Garner is — she’s the opposite of phony, and she speaks from the heart. She doesn’t use opportunities like books and interviews to push false narratives; rather, she gives us the real truth in a sobering way that’s key to creating the changes we’d like to see.

I pray that she recovers, and I hope to have the opportunity to join her in the fight to end structural racism.