It's not just Tran's race and gender: her character wasn't hyper-sexualized, which infuriated some right-wing types 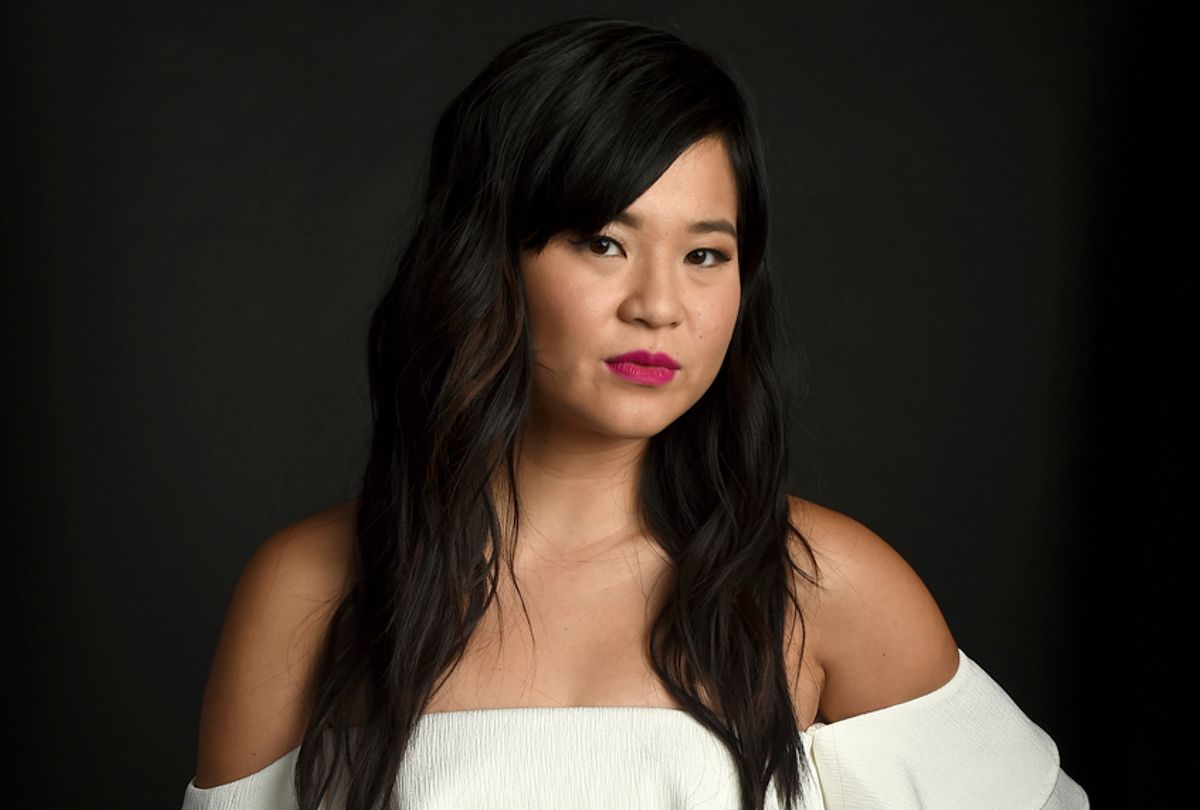 Kelly Marie Tran has many reasons to celebrate this new year. After a decade of trying to “make it” in Hollywood, she landed a role in an iconic film as a lead character: Rose Tico in "Stars Wars: The Last Jedi. In her breakout role, she plays a Resistance maintenance worker — talk about life imitating art.

We are all aware of Hollywood's gender issue, which worsens when it intersects with race. Hence, the Vietnamese-American actress joins the small cohort — 6 percent, as of 2016 — of Asian American actresses who have either been the primary protagonist, a major character, or had a speaking role in a top 100 grossing film.

Just as Tran overcame the high barrier for Asian-American women in Hollywood, racist trolls had trouble grappling with the fact that an Asian woman starred in a "Star Wars" film. And last week, they emerged from hiding to throw a virtual tantrum: first, on fan-made encyclopedia Fandom, trolls swarmed the entry for Tran's character Rose Tico, filling it with racist slurs and changing her character’s name to “Ching Chong Wing Tong” and calling the character a “dumbass b*tch.” Clever.

The racist comments were removed, and Fandom replied to the vandalism publicly reminding the public they have a zero-tolerance for that type of behavior.

“FANDOM has a zero tolerance policy for vandalism, inclusive of racism and harassment,” the company told Newsweek. “The wiki admins take this very seriously and took the steps to resolve this situation as quickly as possible, including escalation to our team, and subsequent lockdown. This lockdown will remain for the foreseeable future and we will be closely monitoring activity on this wiki.”

The crusade against Tran wasn't limited to one fan site, however. Right-wing internet personality Paul Ray Ramsey — whom some commentators such as the New York Times have tied to the alt-right movement, but who personally denies the association — went on to make fun of her body in a tweet, and then made a video about the internet’s response to it.

It’s worth noting that Tran isn’t the only woman of color in the movie. Lupita Nyong'o also stars in it as CGI character Maz Kanata. Fortunately, it appears she hasn’t received the same type of treatment.

But this only leads to a bigger question: does the backlash against Tran have to do exclusively with her race and gender, or is it that white privileged men are afraid of a strong, masculine woman on-screen? Is it also that when a woman isn’t hypersexualized in a Hollywood film — like Tran’s character, who wears her hair pulled back and is modestly clothed, showing no bare skin — her presence becomes suspect to a certain narrow-minded group of people?

I can’t help but wonder: if Tran’s character aligned with the misogynistic and racist stereotype of Asian women as submissive and seductive, would the trolls have still come out? If Tran were eye candy, objectified for a male audience, would she have rankled the same demographic?

Perhaps this is a reflection of a bigger trend in our society, and one that contributed to Hillary Clinton's election loss. When a woman acts out of gender stereotypes, she is more subjected to abuse and harassment. Studies have actually proved this. As mentioned in this article in The Atlantic, “Fear of a Female President,” Jennifer Berdahl of the University of British Columbia found that women who “deviated from traditional gender roles — by occupying a ‘man’s’ job or having a ‘masculine’ personality” were "disproportionately targeted for sexual harassment.”

And maybe that’s the issue in Tran's. Yes, she’s an Asian women facing down racist and sexist trolls; but also, her presence in the film was not meant to please men.

Tran has, of course, handled the comments with grace, sharing her words on Instagram: “It makes me happy to know that we made something that’s starting a dialogue. My heart is so full, and my goals are so clear. Let’s tell more stories. Let’s have more conversations. Let’s get to know lives and worlds different from our own. And most of all — let’s open our hearts and accept our differences.”

May the force be with her and all women breaking barriers.