Republicans are waging class war: It's time for the left to fight back

GOP policies are pushing wealth inequality to historic levels: This should be a massive wake-up call for the left 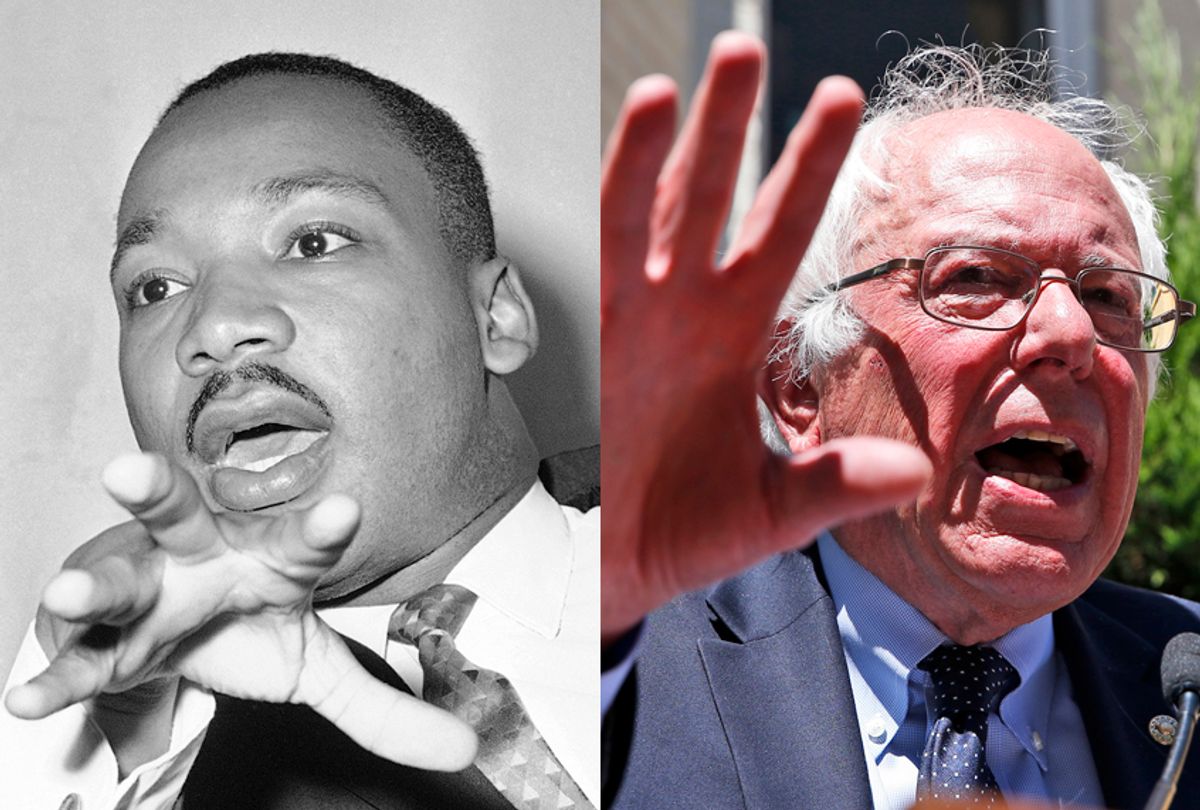 After the Republican tax bill, there should be no more lingering doubts about what kind of politics the left should adopt going forward in the age of Trump. If the goal is to win elections and defeat the far right, then the left must embrace economic populism and stop playing defense in the class war currently being waged by the GOP and its billionaire donors.

Nearly 50 years of reactionary economic policies culminated last week when President Trump put his signature on the new tax bill, which will ultimately benefit the richest Americans. (As the president reportedly said to his rich buddies at Mar-a-Lago last Friday, “You all just got a lot richer.”) While billionaires like Trump and his friends will no doubt see their net worth increase thanks to the tax bill and other regressive policies implemented by Republicans, working-class Americans will continue to suffer the consequences. Income and wealth inequality — already at historic levels in the United States — will be exacerbated by the new tax law, and many middle-class Americans will end up paying more in taxes down the road, resulting in a massive upward redistribution of wealth.

This should be a wake-up for those on the left, but it should also be seen as an opportunity. Under the leadership of Trump, the Republican Party is no longer even attempting to hide the fact that it is waging a class war on behalf of the 1 percent. Republican leaders either believe that American voters are too stupid and uninformed to realize whats going on in Washington, or too deeply immersed in the culture wars to care about economic issues (which has often been the case over the past few decades).

It will ultimately be up to the left to make sure that class and the economy are at the front and center of the debate in 2018 and 2020, and to highlight the Republican assault on poor and middle-class families. For decades, Republicans have employed a populist-toned rhetoric that focuses almost exclusively on cultural and social issues, while enacting a pro-corporate agenda behind closed doors. Over this same period, Democrats more or less abandoned class politics and embraced a moderate form of neoliberalism themselves (especially during the Bill Clinton years). This turn away from class politics on the left enabled Republicans to portray themselves as populists — a trend that culminated with the election of Trump.

The best thing for Republicans right now would be if the Democrats decided to continue down the path of neoliberalism, as a good number of those on the center-left have advised. Since last year’s election, liberals and leftists have remained deeply divided on how to proceed in the age of Trump, and at the center of this dispute is the 2016 election. To this day there remain serious disagreements about Hillary Clinton’s loss to Trump and its implications for the left. While leftists have taken it as a wholesale repudiation of neoliberalism and the establishment politics that Clinton represented, liberals have offered myriad reasons for her loss, ranging from Russian interference and sexism to Jill Stein and the “Bernie Bros.”

These two interpretations are not mutually exclusive. Many leftists will readily concede that sexism, right-wing propaganda (as well as Russian propaganda) and other factors played a role in swaying a close and flukish election in Trump’s favor. But leftists also maintain that none of this would have mattered much had the Democrats nominated a better candidate with better politics. Centrist liberals, on the other hand, reject the notion that Clinton bears any significant responsibility for her defeat and have sometimes smeared progressive critics of Clinton as sexist. Left-wingers who call for a more class-based politics have also been on the receiving end of bad-faith attacks, with liberals insinuating that they are cultural reactionaries who care only about class and economic issues while ignoring sexism, racism and other forms of bigotry. This narrative has been aided by a false dichotomy between “class politics” and “identity politics,” which implies that progressives must choose between economic populism and social liberalism.

Leftists not only reject this dichotomy but maintain that there can be no true social justice without economic justice, and that gender, race and sexual orientation are all deeply intertwined with class. The populist left, or what might be better termed the “materialist left,” subscribes to the same kind of thinking as Martin Luther King Jr., who organized the “Poor People’s Campaign” shortly before his assassination in 1968.

“We hold these truths to be self-evident, that all men are created equal, that they are endowed by their creator with certain inalienable rights. That among these are life, liberty, and the pursuit of happiness,” King declared in his last Sunday sermon. “But if a man doesn’t have a job or an income, he has neither life nor liberty nor the possibility for the pursuit of happiness.” In 1966, the civil-rights icon told his staff: “There must be a better distribution of wealth, and maybe America must move toward a democratic socialism.”

After his assassination, King’s economic agenda — which was significantly more radical than Bernie Sanders’ 2016 “democratic socialist” platform — fell by the wayside, and a period of neoliberal reaction soon followed in America. Today, the left is attempting to restore the spirit of MLK’s final campaign, which recognized the simple fact that one’s material circumstances greatly impact one’s ability to be free.

Around the time of King’s death, economic inequality was close to an all-time low in the United States. In the early 1970s, the top 1 percent’s share of income was less than 9 percent; today it has nearly tripled, to almost 25 percent. Wages have stagnated for the majority of working people since the 1980s, while the wealthiest Americans have seen their net worth skyrocket. With their scam of a tax bill, Republicans are going to make income and wealth inequality even worse.

Only the left can stand up to this reactionary economic agenda and continue King’s mission. In order to do this, progressives must adopt class politics once again and offer a serious critique of capitalism. Fortunately, the left’s economic agenda is popular with American voters: According to a recent survey by Pew Research Center, only 24 percent of Americans support lowering corporate tax rates (as the Republican tax bill does), while 52 percent support raising them, as Sanders and other progressives have suggested. Likewise, only 24 percent believe that taxes on incomes over $250,000 should be reduced (as the Republican tax bill does), while 43 percent said they should be raised. Similarly, a 2016 Gallup poll found that 61 percent of Americans think upper-income Americans pay too little in taxes.

The new tax bill is a gift to the richest of Americans, but it is also an opportunity for the left to start playing offense in the class war that is currently being waged by the richest and most powerful people in our society.