Belle and Sebastian's Stuart Murdoch: "You've gotta have your radar up and your ears wide open" 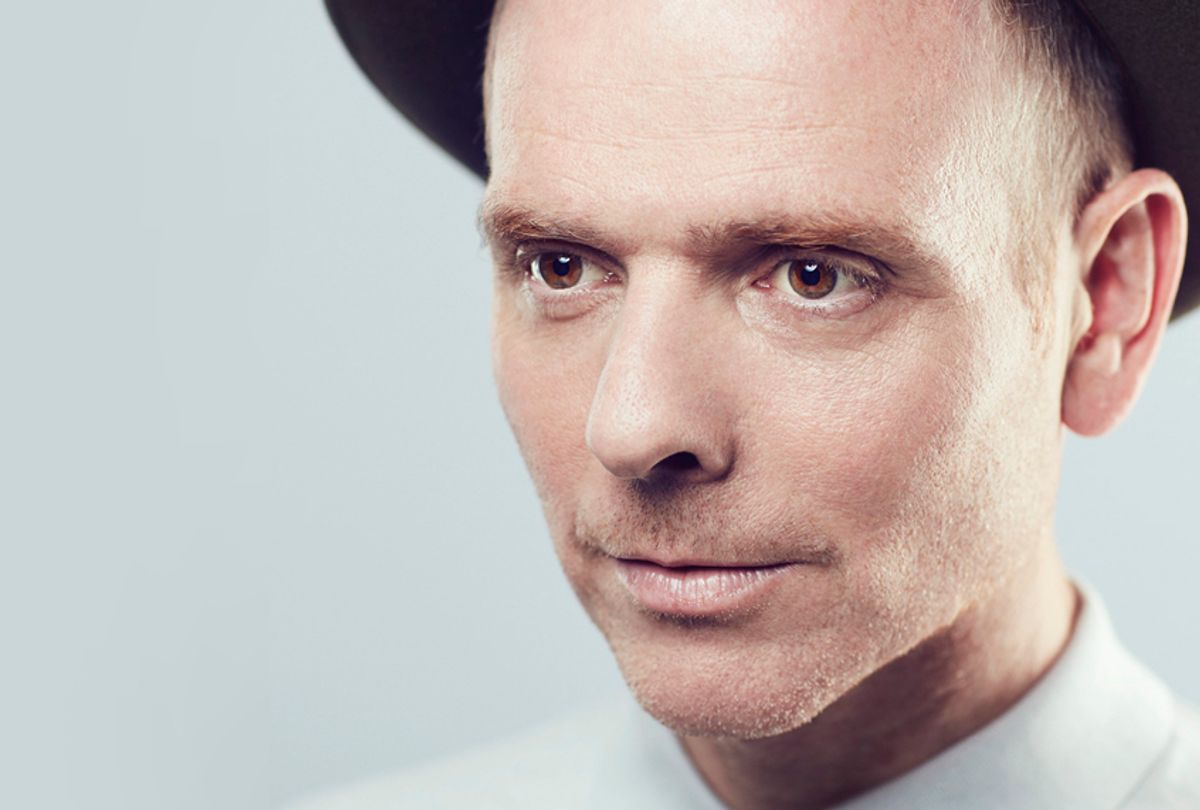 When Belle and Sebastian first emerged in the latter half of  the '90s, they regularly issued EPs in addition to studio albums. These mini-records — including 1997's "Dog on Wheels," "Lazy Line Painter Jane" and " 3.. 6.. 9 Seconds of Light" — were as meticulous as any full-length, less stopgap releases than fully formed mini-records that worked best separately.

Twenty years later, the Scottish band is bringing things full circle (in a sense) with a self-produced three-part EP series, "How to Solve Our Human Problems." (Part one arrived on Dec. 8, while the other two are in stores on Jan. 19 and Feb. 16, respectively.) Recorded in the band's hometown of Glasgow, Scotland, the EPs find the troupe stretching out, often in delightful ways.

The first EP encompasses burbling synth-rock ("The Girl Doesn't Get It"), dapper retro-disco ("Sweet Dew Lee") and a song dominated by insistent drum rhythms ("We Were Beautiful"). The second EP, meanwhile, boasts the lovely single "I'll Be Your Pilot" — a bossa nova-kissed song highlighted by a keening oboe — and the quirky, synth-zapped '70s rock strut "Cornflakes," as well as the soul-inspired "Same Star."

In the hands of other bands, these detours would sound forced or messy. Belle and Sebastian, however, tie these disparate approaches together with their usual combination of earnest lyrics and meticulous sonic detailing.

A few weeks ago, Murdoch checked in with Salon. Go on to the next page to hear about what went into the creation of the series of EPs, including being open to the kind of magic that unfolds in the studio.

What was the impetus for you to do a series of EPs?

We always try to shake it up. We really wanted to get back in the studio at home. And this time we didn't set it up; we just kind of went into the studio ourselves in Glasgow and started recording the tracks one by one, instead of building up to an LP. We thought it would be more appropriate to put it out in a different way — a more casual way.

We enjoyed going to California or Atlanta to make records, but this time we thought, "Yeah, this is more appropriate, this is more fun." It pushed the music in different directions.

I was going to ask: Doing the EPs yourself, did it spur your songwriting in different directions? How?

As far as songwriting goes, it's usually about where you're at, what you want to talk about, how you're feeling. A lot of song ideas really [are] just moaning about things that you don't have and you'd like to have. [Laughs.] I'm just getting it out there on vinyl.

Being able to get into the studio quickly, just around the corner from where we live . . .  For instance, the next single, "I'll Be Your Pilot," it appeared just at the time we started, so that was the first song we recorded. It was nice to get that fresh. And I didn't really know the shape of it — I didn't know where the instrumentation was going to go. We never rehearsed it; we just sort of went into the studio and jammed it. Actually, it took a lot longer than it probably should have done just for that reason. [Laughs.] But it's good to jam it a little bit and not be so prepared.

I like that song especially. I read that it's about your relationship with your son, and references "The Little Prince."

I've talked to other songwriters who have mentioned that becoming parents completely changed their worldview and perspective, which is so interesting from a creative standpoint.

It's radical, in a sense. It makes you feel a little bit like what you'd imagine a benevolent god would feel like. You are God to this little baby. [Laughs.] That's what it feels like.

It can be overwhelming — but amazing.

Luckily, we've not been completely overwhelmed. The first time you get pooped on is a little bit underwhelming.

That'll bring you right back down to earth.

"I'll Be Your Pilot" is next to "Cornflakes," which is such a fun song. That's what I like about listening to the EPs: Each song is a little different, and you don't know what's around the corner next. As a listener, that's very invigorating.

I think that's a case in point. That's [guitarist/vocalist] Stevie [Jackson]'s song. He's a little bit like a hurricane when he goes in the studio; everything has to be fast and everything has to be shooting straight from the head. I think he got a chance this time to do just that. When you take away a producer and take away a big studio, suddenly you get much closer to the band. This can be a good thing, because you want to feel the personalities, you want to feel the individuals. "Cornflakes" is 100 percent Stevie. The words — I haven't figured out what's going on with the words. In a sense, it's his scattershot mind. He did well with that one.

What other songs stand out to you as ones that you felt turned out really well or are particularly proud of?

"We Were Beautiful," that was hard to pin down. It came from a different direction. All I could really hear was that drum beat, which is that kind of drum-and-bass style. It's gratifying when you get in with the other guys in the band, maybe you're just around the computer, "Can you just give it a simple drum beat and build it up from there?" It's coming from a different place. Once everybody starts coloring things in, and the chorus comes in, it turns into something. It's fun not knowing where you're going when doing things for the first time.

Did doing this series of EPs show you any new sides to one another?

We had just finished a band meeting . . .  We have lots of meetings. [Laughs.] My wife's always asking, "What are you meeting about today?" We're working; we're always planning. We were talking about new ideas and what we might do next. The further along you go, you go in confident. It feels like you could do pretty much anything musically with this group of people. You could turn your mind to an opera if you wanted to. You could turn your mind to a stage, theater show if you wanted to. It's a sort of confidence that goes from a creative team.

I've been getting back in . . .  producing ourselves and even working from little studios, but coming up with a record that is fresh. Even the fidelity is reasonable. I think it maybe stands up with some of our other recent records — I hope. That gives you confidence that we can do it ourselves.

It's true. And after you've worked with a producer for a while, and then you go back and do it yourself, you're like, "Can we still do this? Are we too reliant on a producer?" You don't know.

[Laughs.] Totally — I know! Sometimes you feel you're under a spell, some sort of voodoo or something. There's lots of unspoken magic that goes into records. But the actual process is pretty straightforward. You've just gotta go for it.

You've gotta leave yourself open to it, the magic happening.

Exactly. That's nice — I like that concept. You've gotta have your radar up and your ears wide open.