Sometimes my job is to fly sensors on kites — for science 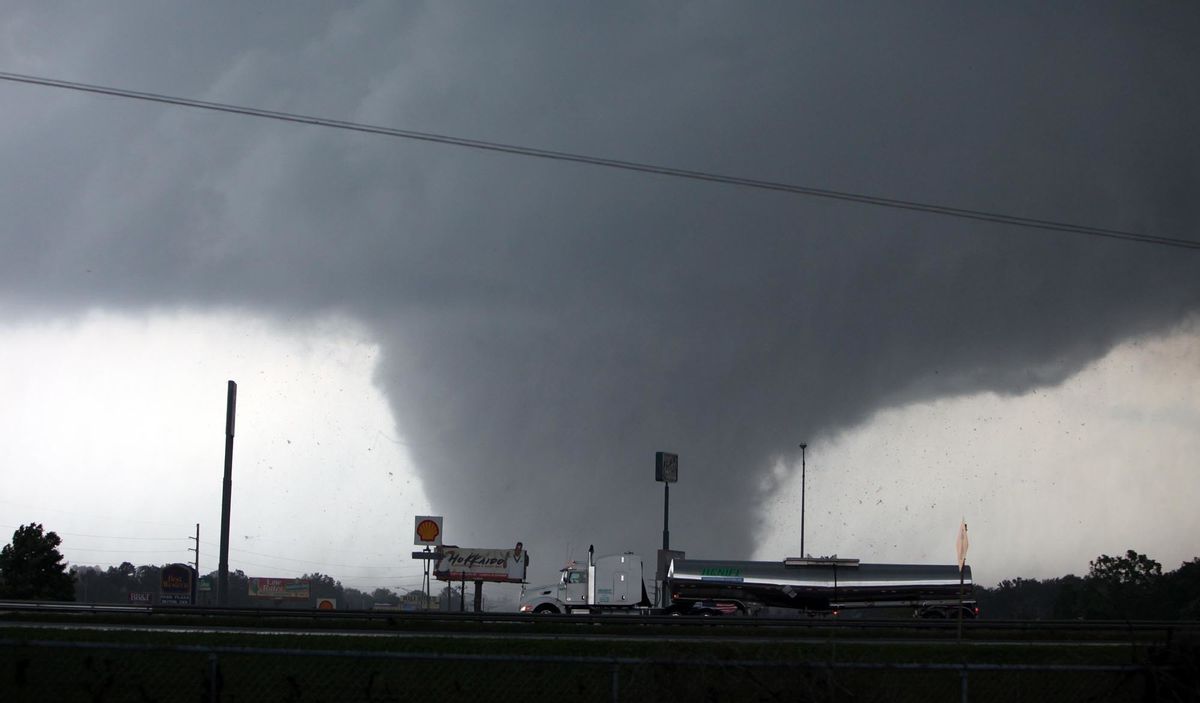 Imagine you’re a farmer in a developing country, and not only do you have no way to measure the amount of rain you received this month or this year, but you also have zero knowledge of past trends. Outside of anecdotal knowledge, or what your neighbor or grandfather tells you, you’re running a business blindly.

This is what many farmers struggle with in developing countries, where weather information is sparse. Most weather stations carry a high cost, which limits the total number a developing country can purchase, even before maintenance and security become problems, as they often do in rural areas.

In addition to thermometers and barometers to gauge temperature and pressure, weather stations are installed with a large battery and a solar panel, so that data can be continuously recorded over long periods. Exposure to the elements (wind, moisture, temperature fluctuations) reduces the lifetime of the weather station, and its parts eventually need to be replaced. Furthermore, weather stations need to be secured against looters and human interference. In the course of my research, I’ve gone to collect data from a rain gauge and found that someone had used it as a can for target practice, rendering my data useless, and the station in need of a replacement. In remote areas, people also often distrust or do not understand the weather station itself, asking, “what is this device, why is it here, and why is the government spying on me?”

Now imagine if you could give developing countries the tech for low-cost weather stations, made with a 3D printer and run with a computer that costs around $20. Imagine the huge influx of weather information that would follow, helping farmers plan crops and scientists learn more about storms. This is the type of revolution taking place thanks to the development of single-board computers (SBCs).

A functional computer built on a single circuit board, SBCs generally look like a computer chip, with a dark green or blue color and silver metallic connectors on top, and can usually fit in the palm of your hand. The simplest model costs around $5, and ranges up to $35 for a SBC with more connections pre-installed.

Computer hobbyists have been tinkering with SBCs for a few decades, taking advantage of how they condense all the necessary features, including microprocessors, memory, etc. They’re ideal for learning to program, and have become popular with amateur robot and game makers. Many companies sell and develop these low-cost, miniature computers, with names like “Raspberry Pi” and “Beaglebone”; many also sell attachment boards for whatever purpose you can imagine: temperature sensors, LED lighting, moveable parts, and more. As SBCs have become more popular, with a growing open-development community, they’ve also become increasingly useful.

This weather station initiative to adapt SBCs is taking place around the world, orchestrated largely by the National Center for Atmospheric Research (NCAR). Their initial effort has focused on Africa, with the first weather stations installed in Zambia. Stations have also been installed in Barbados, Curacao, and Kenya, with planned near-future development in Western and Southern Africa, Eastern Europe, and Latin America.

In order to forecast the weather next week, the model needs to know conditions right now

This effort is important because weather forecast models require initial conditions; in order to forecast the weather next week, the model needs to know what conditions are like right now. However, large gaps in weather information decrease the validity of weather forecasts worldwide. Such gaps exist over large expanses of ocean, for example, where no land exists for a surface weather station. Other gaps exist in developing countries where the technology isn’t readily available or is too expensive.

NCAR’s toolkit only has a few, cheap ingredients: a 3D printer, PVC pipes, commercially available SBCs, their adaptors, a solar panel, and a battery. With these, NCAR has created a 3D-printed weather station system that locals can quickly deploy on the ground. They provide 3D printer blueprints for the weather stations, the 3D printer, and training. This helps not only the country and its citizens, but forecasting ability worldwide. And NCAR is not just providing weather stations to developing countries, they’re teaching residents how to build and maintain a weather network to increase their information.

I myself have ventured into the world of adapting SBCs for science. In my research, I grapple with the wind, rain, and sun, and in order to observe atmospheric properties, I need my instruments directly exposed to those elements. You wouldn’t take your brand new shiny Macbook Air to the beach, never mind into the water for a swim, would you? The sun heats up the electrical components, water and electronics don’t mix, and wind blows dust and debris into your system. And though our instruments are designed to take some environmental abuse, they can only suffer so much. Given the choice, I’d rather install a number of SBCs with attachments, totaling at most $300 each, rather than one piece of equipment that costs over $10,000.

Scientists take several factors into consideration when deciding on their tools. For one, SBCs have shorter lifetimes than more high-tech equipment, and they are more fragile or vulnerable to the environment; an SBC left outside may only last one year instead of 10. Secondly, SBCs do not yet leave the store shelf ready to use in research, so scientists need some extra technical skill and time to adjust the device. And lastly, results drawn from an SBC will need to be verified with higher-tech solutions. Still, even with these considerations, I’d rather learn the technology myself, install 10 SBC systems outside to observe the atmosphere, and use the additional information provided by 10 SBCs, to ensure that despite a potentially lower data quality, the quantity of data (10 sources to one) increases the overall value of the research study. We may currently be missing out on important data that requires sophisticated tools — and is expensive to collect — but with new low-tech solutions, science can benefit from a larger trove of information.

Currently the best technology to sample sea-salt aerosol size distribution needs to be flown on a research aircraft, cruising close to the surface of the sea to take samples. The instrument hangs under the wing of an aircraft, usually a GV or C-130, in a pod, and looks something like a weapon if you didn’t know better. Due to the expense of flight and the limited time the aircraft spends in one location, the measurements are instantaneous in time and space — and inherently limited. I’ve recently been funded for a small National Science Foundation (NSF) exploratory grant to resolve this problem, and to develop a new system.

I proposed to do this using SBCs deployed on a kite platform, to make it easier to sample the sea-salt aerosols — meaning a literal kite, with wind and an electric fishing reel, so I don’t have to manually pull 1km worth of line. Living in Hawaii, I can take my kite to the windward shore anytime, and reduce the cost of technology by using SBCs. I hope that in the future the technology will also be used on drones or small quadcopters.

The project means that researchers like me can sample aerosols more frequently, in more places around the world, increasing what we know about their size distributions and their impacts. For example, the size of the sea-salt aerosol determines how it affects visibility. Knowing what conditions create many small droplets versus a few larger ones can help us to forecast visibility more accurately and keep mariners and aviators safe.

The lessons we’re gaining from SBCs in weather science can be incredibly powerful, and could revolutionize many aspects of life. Wouldn’t it be neat if every single person had a tiny weather station on their roof? Wouldn’t it be powerful to be able to trust a forecast more than five days out?

Thirty years ago, computers were bulky and expensive. Today they’re getting smaller and stronger. The integration of advancing technology into science fields often lags the capability, but SBCs are working their way into all sorts of science fields, especially atmospheric science research. Low-tech is the new high-tech, to the benefit of atmospheric science.