"Grown-ish": The kid is alright 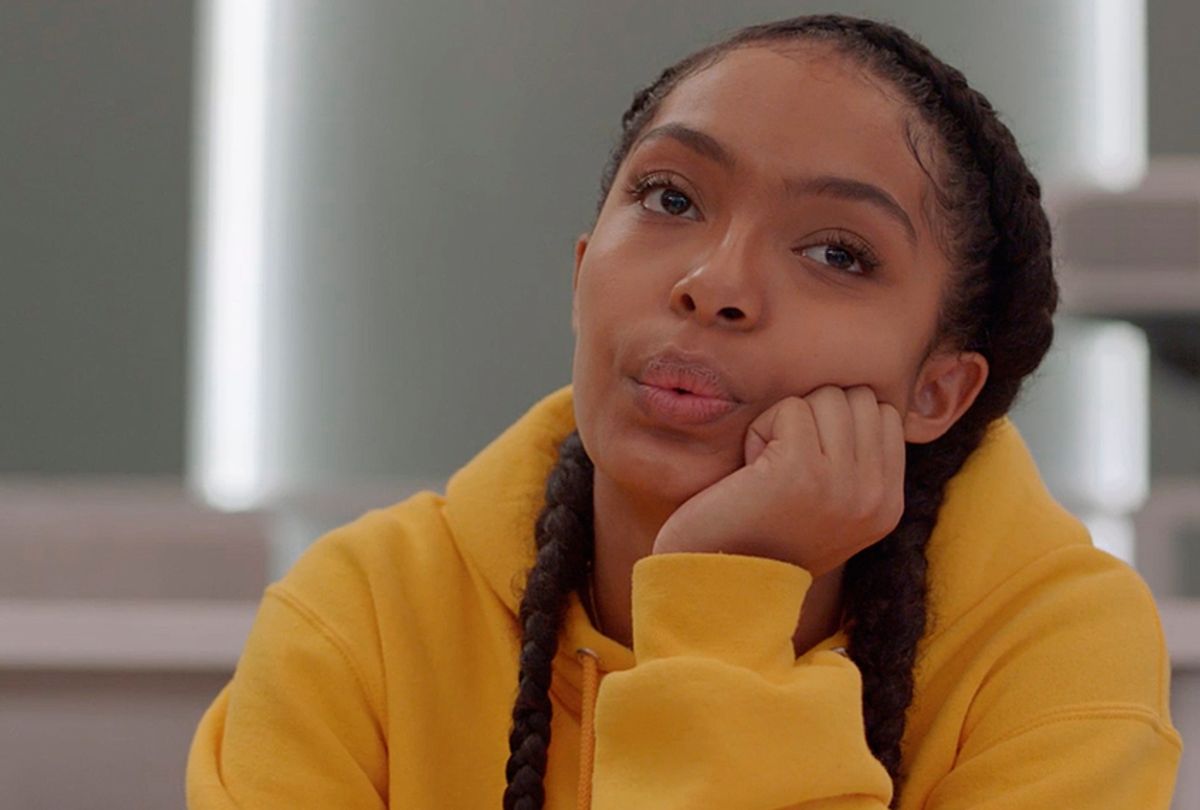 Leaving the nest often is accompanied by a roiling stew of emotions. Exhilaration, certainly, as a child breaks free of adult supervision — but insecurity as well, and plain old fear. We question ourselves: can we do this? Are we good enough? What if we fail?

“Grown-ish,” premiering Wednesday at 8 p.m. on Freeform, sets whatever trepidations it may have right in front of the viewer in its opening half-hour. They aren’t personified in Yara Shahidi’s composed and confident Zoey Johnson, the eldest daughter of Dre and Bow Johnson on “Black-ish.”  Well, not at first, anyway. We read them in the peripheral characters first, Zoey’s eventual gang of complementary opposites at Southern California University.

Soon enough, even she relaxes her mask of self-assurance, and the show's chemistry coalesces.

“Grown-ish” joins a long line of spinoffs following characters ready to strike out on their own by way to joining another ensemble, a tactic yielding mixed results over the years. But creator Kenya Barris and his writers assertively establish Shahidi’s solo outing as its own entity, even though they connect the story to its parent series with a comedic and sweet moment between Zoey and her father (Anthony Anderson, in an appropriately over-the-top cameo) as the series begins.

By way of subtly paying homage to “The Breakfast Club,” “Grown-ish” pulls together a band of disparate but similarly searching personalities around Dre Johnson’s beloved eldest daughter, all of whom give voice to their own dread, or mask it, with artfully cultivated ennui.

The series itself displays no such lack of confidence, however. More than a worthy inheritor to its network progenitor, “Grown-ish” takes full advantage of Shahidi’s presence and energy to realistically explore what the undergrad experience is like in the modern age, without ginning up a cautionary tone or diluting the honesty of its plot points. “Black-ish” never did that either, so viewing a similar level of nimble sensibility and lively humor in the “Grown-ish” examination of college life is entirely on brand.

Shahidi ably meets the challenge of carrying a new comedy while taking the high school version of her character in a new direction. Where Zoey’s hallmark on “Black-ish” is a know-it-all coolness, “Grown-ish” allows her to admit that maybe she doesn’t have it all figured out. And this is entirely in keeping with the Johnson family’s tradition.

This theme of confusion bleeds into a few of the production’s stylistic choices, evidenced in the bewildering portrayal of Zoey’s shifting inner dialogue. Sometimes she breaks the fourth wall, addressing the camera, and sometimes her narration plays in voiceover. This is distracting enough to note but not at all derailing; indeed, we probably won’t even notice when one tactic disappears in favor of the other. (Note to producers: If y'all haven’t picked a lane yet, please do so quickly and stay in it.)

Besides, the characters surrounding Zoey are equally endearing. That’s not only true of the kids, but the adults, particularly Deon Cole’s Charlie, a brilliant carry-over from “Black-ish” who turns up as a professor teaching a marketing course that begins at midnight, and people familiar with the character may correctly deduce that its odd scheduling is the only aspect of this so-called course that makes sense. Cole plays a minor character on the ABC series that wields a marvelously concentrated weirdness, employed in the correct amounts on that show and this one.

Chris Parnell adds another element of mature silliness as Dean Parker, one of the adults orbiting the group who they reluctantly recruit to be a sounding board, though one lacking in wisdom.

The adults in “Grown-ish” aren’t entirely feckless, and the writers make them appealing enough to invite older viewers to enjoy the series with as much zeal as the intended younger audience. If anything, they exist to make the point that nobody in this Petri dish of learning really gets it.  But “Grown-ish” is really about Zoey’s friends and the choices they make, and Shahidi’s co-stars, particularly the wry Emily Arlook, charismatic Trevor Jackson and Jordan Buhat as the group’s resident materialist, play well with and off of each other.

The evolution of “Grown-ish” will be fascinating to watch, more so than most of the other new comedies introduced this season. At least for the time being, it looks like Dre Johnson’s kid is going to make it on her own just fine.