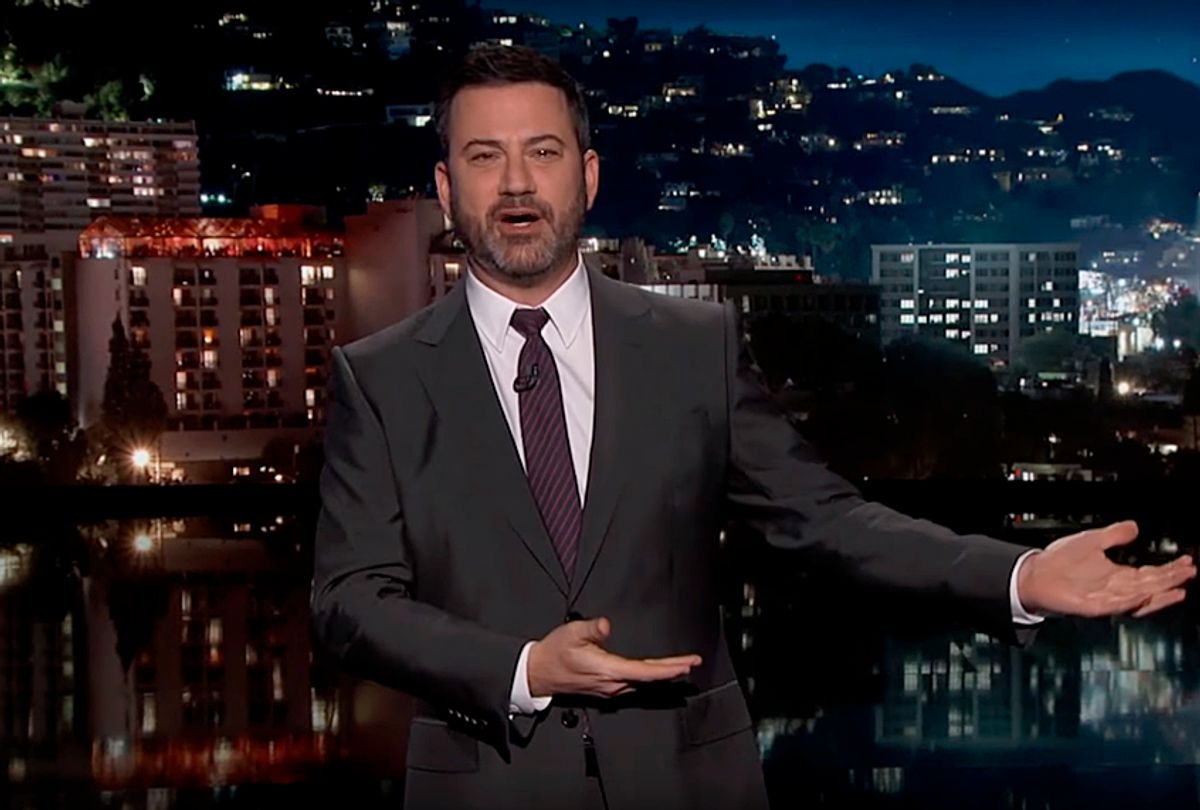 It's only three days into the new year, and already people are calling President Donald Trump's tweet taunting Kim Jong-un the scariest tweet of 2018. Last night, late-night host Jimmy Kimmel joined the sane people of America in quaking in his proverbial boots with a hardy, if nervous, laugh.

Returning to "Jimmy Kimmel Live!" after a holiday break, the host read the tweet in question aloud: "North Korean Leader Kim Jong Un just stated that the 'Nuclear Button is on his desk at all times.' Will someone from his depleted and food starved regime please inform him that I too have a Nuclear Button, but it is a much bigger & more powerful one than his, and my Button works!"

Some audience members laughed in disbelief. Others outright groaned. "That's right," Kimmel added, "Happy New Year, everybody!" He continued, "We have two maniacs with nuclear warheads bragging about who has the bigger button!"

But there was another tweet from Trump's feed that Kimmel wanted to address, one that he found even more ludicrous than the president aimlessly flirting with nuclear warfare.

"Trump tweeted eight times before 10 a.m. today, including what might turn out to be — I know it's early — but this could very well be his tweet of the year," Kimmel said. "He wrote this morning: 'Since taking office I have been very strict on Commercial Aviation. Good news — it was just reported that there were Zero deaths in 2017, the best and safest year on record!'"

Kimmel then ripped into Trump. "Not since Harrison Ford was president have we felt so protected on a plane," he quipped. "What’s funny is that clearly he didn’t even read the report, which was about commercial aviation around the world. I don’t know if he thinks he’s president of the world now, but if we’re talking about the United States, it’s true, there were no deaths in commercial aviation in 2017, which is great."

"What won’t this man take credit for?" the host continued. "By the way, it’s only January 2nd! I don’t think I can take another year like last year. I might need to be put in one of those hyperbaric sleep chambers, just until like 2020 or something." Same.