Women are working more in school to earn less: "Being smart isn’t going to make me a man" 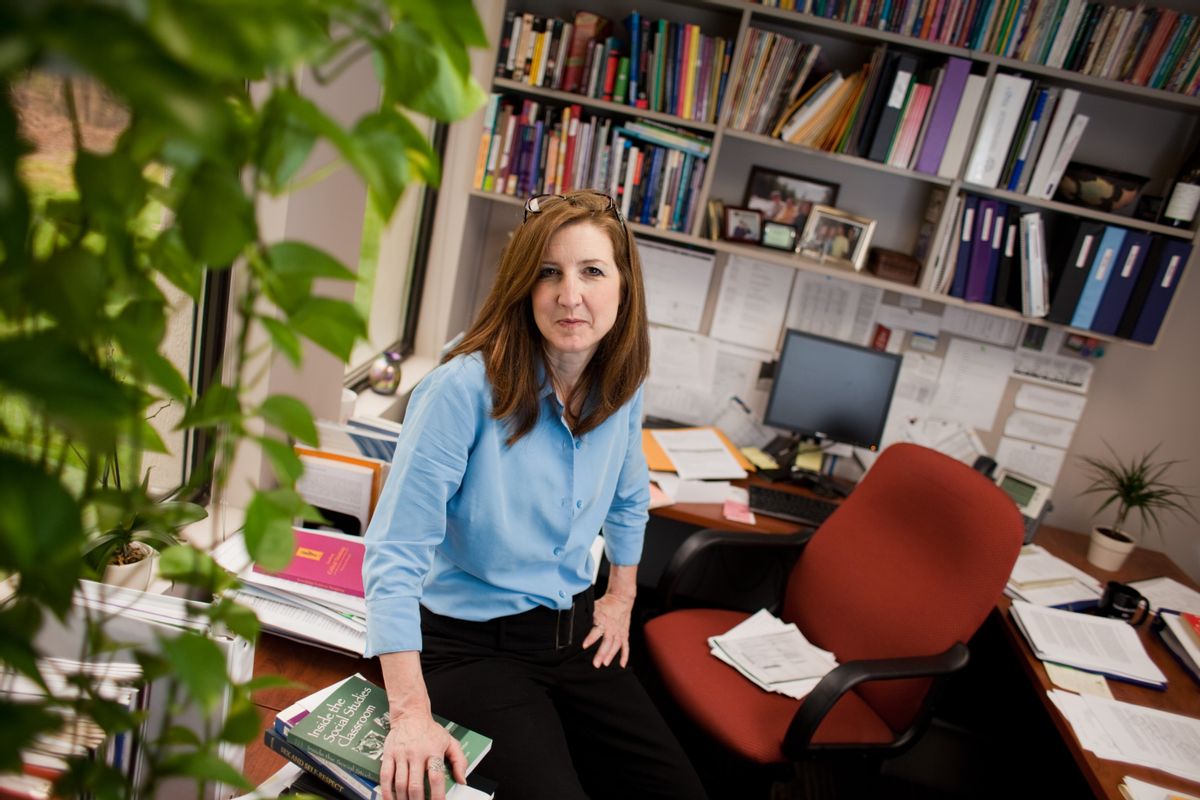 According to Nancy Niemi, director of faculty teaching initiatives at Yale and my recent guest on "Inflection Point," women are earning more degrees out of necessity, just to to catch up with men.

Can we just stop for a minute and contemplate what this means?

The conventional wisdom is that education is the great equalizer. Nonprofits and schools have been striving to give girls all around the world access to the same quality of education that boys get, precisely so girls can have the same advantages and go on to earn and achieve at the same level.

In fact, several popular studies that were out when Niemi pursued her Ph.D. 15 years ago claimed that in the rush to get girls engaged in higher education, boys had become disadvantaged academically and would likely go on to earn less than their female peers.

“I thought, ‘Hmm. I’m not seeing that,’” Niemi said. “And I spent a whole year observing students and seeing how boys and girls interacted, how teachers interacted and I could sum that work up by one sentence, which one young woman said.”

“She said, ‘I could do all that boys do, but being smart isn’t going to make me a man.’”

And is anyone else enraged over the amount of time and expense women invest in achieving academic success and breaking into exclusively male fields only to be told, essentially, “sorry, but it’s still not good enough?”

Niemi's research, which is summed up in her new book, "Degrees of Difference," shows that the shifts in power and cultural norms work in tandem to change the value of the work that women do.

According to Niemi, there’s a strange cultural phenomenon that happens the moment women enter a profession.

“It’s happened in family medicine, in clinical work in many fields, particularly in law, in veterinary medicine . . . whenever women come to dominate a field, the field is diminished in value by pay and status.”

Nancy cited the field of psychology, which has shifted from majority male to majority female in the span of 40 years. Meanwhile, the more specialized "scientific" — read "higher paid" — roles within the field, like neuroscience, continue to be dominated by men.

Okay. As a Vassar-educated progressive, this is getting depressing. Is she really saying that getting a higher education is NOT a path to achieving equality?

“If we step back and think about it, why would it be?” Nancy said. “We don’t all come into higher education . . . as blank slates. We don’t come in with an absolutely clean and equal background at any level of education, from kindergarten on up. So why would we come in and think our college education was going to make us equal?”

So should women even go to college?

Nancy says an emphatic “yes!” But she does want us to be realistic: “When we get the degree, we need to be wide-eyed that that alone isn't going to gain women the power that we think it will. We've got to still look at the other messages in the other places like law and politics — and all of the power that comes from those . . . then manifest it in making changes in those places too, because they all work in tandem to create equity.”

For more conversations about how women rise up, subscribe to "Inflection Point" on Apple Podcasts, Stitcher and RadioPublic.