A teacher offered a quiz to his primary-school class. One student answered it with a deep look into the abyss 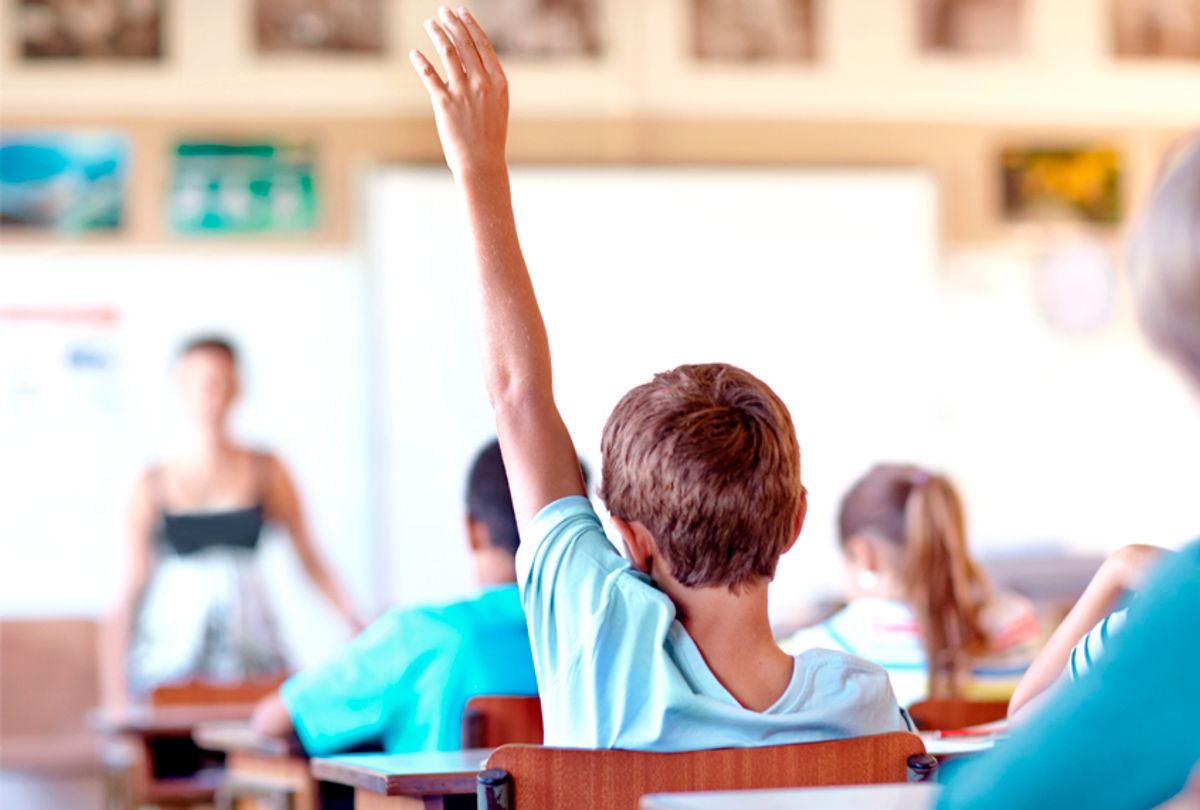 First grade children don't normally spend their days contemplating the welcoming blackness of oblivion, the darkness we all came from and the darkness to which we shall all return. And, yet, according to tweets offered up by one primary-school teacher, at least one young student is keenly aware that death, that indifferent nothingness, is what defines the brief moment of panic and absurdity we call "life."

Albany, California teacher Bret Turner claimed that he recently gave a quiz to one of his first-grade classes by asking his students a crafty, little riddle. On Tuesday, he tweeted out the "Puzzle of the Day": "I am the beginning of everything, the end of everywhere. I'm the beginning of eternity, the end of time & space. What am I?"

For those of you dying to know, the answer is the letter "e." See how that works? Neat.

But, as Turner reports, one junior Kierkegaard in his class didn't see that charming answer in the puzzle but rather a larger existential challenge. As Turner writes, "The first guess from one of my 1st graders was 'death' and such an awed, somber, reflective hush fell over the class that I didn’t want to tell them that actually the answer is the letter e, which just seemed so banal in the moment." Indeed, the proper answer to Turner's question — as it is for all questions — is death.

Turner later added, "Before I finally revealed the 'correct' answer to the riddle, to a largely unimpressed audience, I fielded other guesses that continued along a similarly existential vein. There was 'NOT everything,' 'all stuff,' 'the end,' and maybe my favorite, 'nothingthing.'" Seems that more than one kid in his class has been reading "The Stranger" instead of Harry Potter at night.

Twitter, of course, loved this reported bit of existentialist wisdom from a budding nihilist who may or may not still have their baby teeth. In response to a flood of comments on his Twitter page, Turner would add that his next lesson plan was "Cushioning Banality Through Germanic And Norse Mythology." Nice, but might we suggest a section on the French structuralists instead? Seems the logical next step.