For richer or poorer: 4 economists ponder what 2018 has in store

At least one economist worries we’ll be mostly poorer 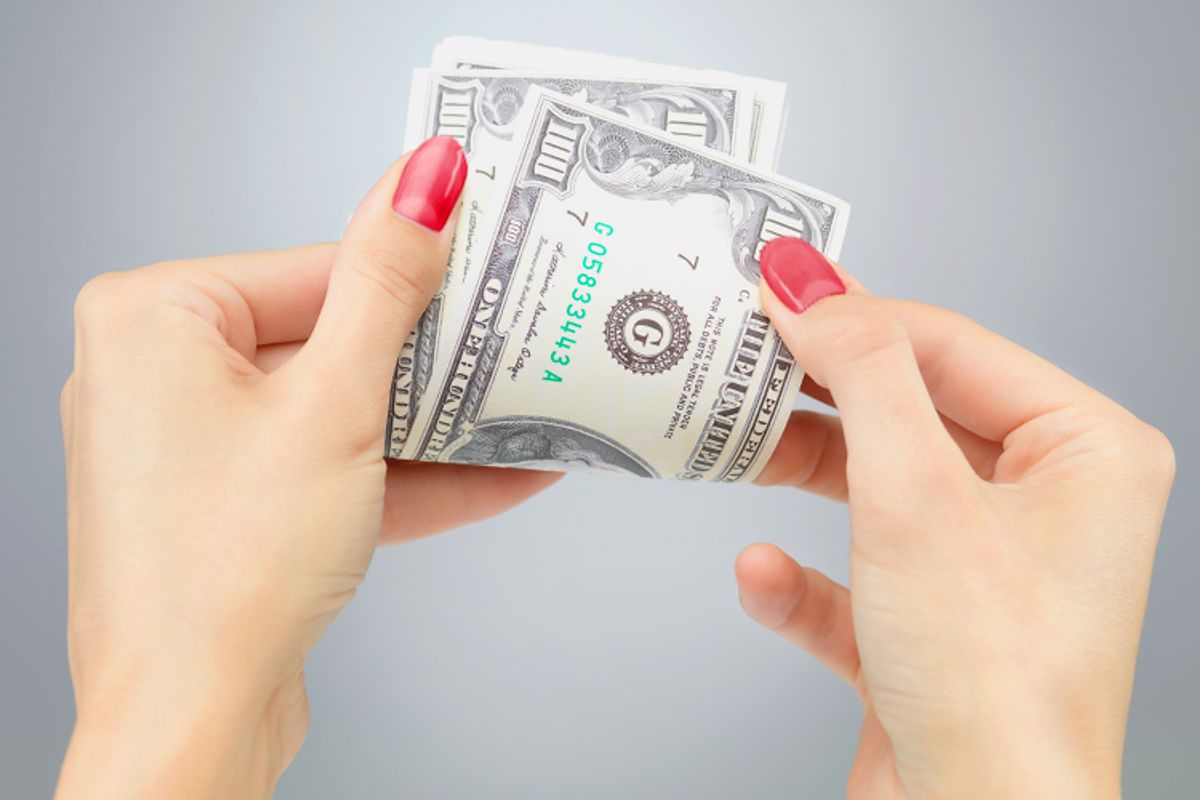 Editor’s note: We asked four economists to offer their thoughts and insights on what they expect to be a key theme or issue in 2018.

Income and wealth inequality are currently at levels last seen during the Gilded Age — when the top 10 percent of Americans owned nearly three-fourths of overall wealth, and the bottom 40 percent had virtually no wealth — and 2018 will see things get a whole lot worse.

In spite of this, Congress just significantly reduced taxes on capital and on high-earning individuals. Other income earners got smaller, temporary cuts.

Meanwhile, the government has yet to renew federal funding for the Children’s Health Insurance Program, a program affecting 9 million poor families, and the tax bill repealed the Affordable Care Act’s individual insurance mandate, which may ultimately lead to a loss of coverage for millions of low- and middle-income Americans.

Other policies that will be enacted or pursued in 2018 that could further widen the income gap include cuts in important programs like Social Security and Medicare and a continuing rollback of financial, environmental and other regulations that benefit a few companies at the expense of all Americans’ living standards.

Why does widening inequality matter?

While some argue that inequality is irrelevant as long as all incomes are rising, even that has not been true in the U.S. for decades. The average income for the bottom 50 percent of Americans has been unmoved at US$16,000 since 1980. In addition, recent evidence indicates that family income in childhood is a strong predictor of the likelihood that an individual will produce innovations as an adult. Poverty and social inequality thus lead to “lost Einsteins.”

Not long after accepting the Nobel prize in economics in 2014, Robert Schiller stated, “If we wait until income inequality is much more severe, we will have a whole class of new superrich who will . . . feel entitled to their wealth and will have the means to defend their interest.”

By many measures, such as GDP, income and wealth per household, the U.S. is among the richest countries in the world.

At least one measure, however, makes the U.S. look not so rich: its poverty rate. The share of American households living on less than half of the national median income, a commonly used measure for international comparisons, is the second-highest in the developed world, at 17.5 percent. While the official U.S. poverty rate puts that lower, at 12.7 percent, even by that measure over a quarter of children under 5 lived in poverty in 2016.

House Speaker Paul Ryan has once again reopened the debate on how best to win the fight by declaring poverty will be a focus in 2018. The rhetoric of the Republican plan sounds promising, beginning with “If the American Dream isn’t true for everyone, it isn’t true for anyone.” It would make work more rewarding in anti-poverty programs and improve education and training.

But Ryan has also made clear he plans to cut Medicaid, Medicare and other anti-poverty programs to reduce the national debt, all of which were central to reducing the official poverty rate from 22 percent in the early 1960s.

Part of the argument supporting a focus on cutting debt is that it spurs growth, which in turn reduces poverty. The U.S. did experience this prior to the mid-1970s, when growth appeared correlated with less poverty. Since then, however, the poverty rate has responded little to economic growth.

In fact, the correlation may work the other way around because research suggests that lowering poverty rates cuts health care costs and federal spending and boosts growth. Specifically, improving health and nutrition for the poor is critical to long-term growth, leading to higher productivity and incomes. For example, economists estimate that the cost of childhood poverty in terms of lost economic productivity approaches $294 billion annually.

Americans began 2018 more optimistic about the economy than they’ve been in at least a decade.

How can the government sustain and build on this hopefulness — a key driver of consumer spending — among individuals and small businesses in 2018?

In my view, one of the most important ways to do this is by reforming health care in a financially stable way. Rising health care costs and the tax plan’s repeal of the Affordable Care Act’s individual mandate mean it’s urgent that Congress tackle this in 2018. Health care exchanges may implode without the mandate.

Health care spending made up a record 18 percent of U.S. gross domestic product in 2016, up from 17.3 percent five years earlier. While spending has slowed a bit from previous decades, it’s beginning to accelerate and is forecast to reach 20 percent of the economy by 2025.

Following last year’s tax cut, some in Congress – perhaps ironically – are arguing that the focus now needs to be on reducing the budget deficit in the short term. But the deficit is a long-term problem that is nearly impossible to balance without figuring out a way to rein in health care spending in part because it makes up so much of the economy.

Scholars from both sides of the aisle agree the status quo is problematic: There is far too little competition, and incentives are too weak. While there is no easy answer, structural changes like introducing penalties for poor hospital performance in Medicare reimbursement claims could help.

Health care is one of the few items that matters to literally everyone, from small business owners and corporate executives to households of all incomes. It’s also one of the trickiest because of its life and death nature, with quality of service difficult to gauge and costs often not borne directly by patients.

I believe the tax cut President Trump signed into law in December will help turn the current economic optimism into tangible reality for tens of millions of families. By tackling health care next, the government could continue that momentum. Delaying reform will only make things tougher down the road.

President Trump made it clear during the 2016 presidential campaign that he intended to either renegotiate or withdraw from most of the United States’ international trade agreements. In 2018, he may finally focus his energy on these campaign promises, which would put our prosperity at risk.

Early on in 2017, he announced the U.S. withdrawal from the Trans-Pacific Partnership. We’re already beginning to see the negative impact of that decision. Our economic and political influence in Asia may decline in 2018 and the years ahead.

He has also set his sights on the North American Free Trade Agreement and began renegotiating its terms. Talks are likely to accelerate in 2018, with the pact’s unraveling a real possibility.

And in interviews, he has declared the World Trade Organization “a disaster.”

International trade deals are an often misunderstood part of U.S. economic policy. However, they can have a large impact on the economy.

Since the end of World War II, the U.S. has taken the lead in setting up a multilateral, rules-based system of international trade. Central to this system was the General Agreement on Tariffs and Trade. In 1994, this agreement was transformed into the WTO.

Under this system, world trade has expanded dramatically over the last 70 years. In 1947, trade accounted for approximately 6 percent of U.S. gross domestic product, whereas it now accounts for approximately 15 percent. Today, U.S. exports support over 11 million jobs, while imports of many staples from overseas increase the purchasing power of domestic households.

A retreat from a multilateral rules-based system of trade brings with it many problems. Domestically, it increases the probability of “trade wars” with our major trading partners. Relatively minor disputes could easily escalate into trade sanctions and counter-sanctions, like in the aftermath of the Depression-era Smoot-Hawley Tariff, which raised tariffs on hundreds of imports.

Internationally, it could make it more difficult for developing countries to engage in trade relations with their much larger and wealthier counterparts.

While the Trump administration has drawn attention to the U.S.’s large trade deficit, most economists agree that trade agreements have little to no effect on that.

Certainly, some aspects of institutions such as NAFTA and the WTO can be questioned. However, a general retreat from the postwar system of trade could be a dangerous path for both the U.S. and the broader world economy.

William Hauk is associate professor of economics at the University of South Carolina.