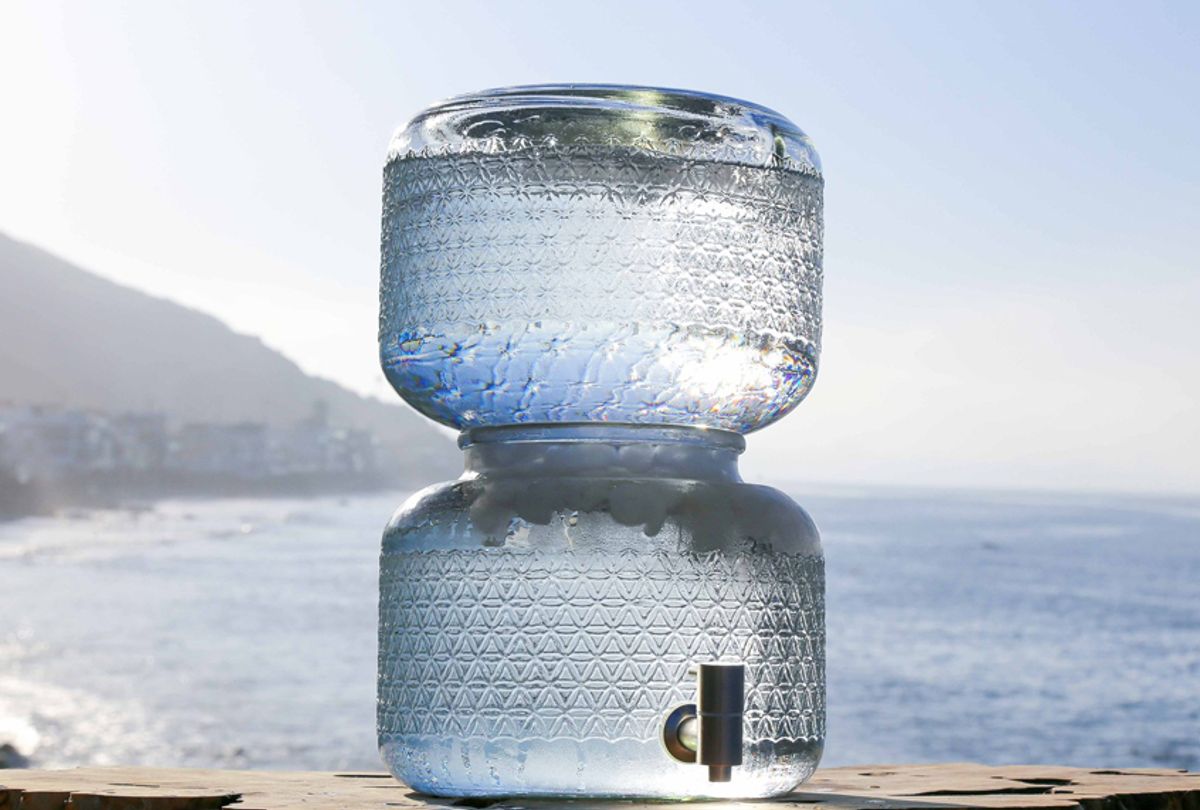 The New York Times recently published an article about a new trend among San Francisco Bay Area’s digerati: so-called raw water, which is water that is untreated, unfiltered, and unsterilized. Much "raw water" is marketed as having come straight from a fresh, sparkling spring.

It’s the kind of pseudoscientific pablum that seems plucked from a dystopian novel. But unfortunately, it’s a trend that is very real in San Francisco. Local grocers like Rainbow Grocery, a trendy cooperative that caters to health-conscious Bay Area consumers, told the Times that one brand, Live Water, is so sought-after it’s often sold out. Live Water is sold for $36.99 for 2.5 gallons and can be refilled for $14.99. Tourmaline Spring sells raw water from a source in Maine ($35.95 for 12 one-liter bottles).

Doug Evans, the founder of the now-defunct juicing company Juicero, told The Times that he went on a 10-day cleanse, drinking nothing but Live Water. The same article says Skip Battle — who sits on the board of directors for several companies including LinkedIn, Netflix, OpenTable, and Expedia — has a $4,500 Zero Mass Water system which draws moisture from the air and filters it. Zero Mass Water, an Arizona-based startup, has raised $24 million in venture capital money to move forward with its mission to “transform drinking water for every person, every place.” (Though not branded as "raw water" — a phrase with no legal definition — the Zero Mass Water system also markets itself as an alternative to tap water.)

Alarmingly, the marketing for these brands all vilify tap water, while marketing their own products as "pure" — as though the risk of disease and unfiltered contaminants somehow constituted "purity." How is it that Silicon Valley executives are hopping on this trend without hesitation, considering that unpurified water can be life-threatening? How is it that some are paying over $10 a gallon for potentially harmful water, while many across the world struggle for water treated to the same standard as American tap water? Perhaps it’s a subconscious rebellion against the government; after all, Pew Research has reported that trust in the government is at an historic low. Yet one would think that the technologists and scientists who work in an industry that is often on the forefront of applied science might apply the same scientific-rationalist logic to other facets of their lives.

There’s a reason why American cities started to filter their water in the late 1800s. Typhoid Fever was killing people in New England at the turn of the 19th century, and the disease still affects many people in developing countries today. According to the World Health Organization, 2 billion people around the world drink from water sources that are contaminated with feces. Every year, nearly 842,000 people die from diarrhea that’s caused from drinking unsafe water. Likewise, untreated water is linked to diseases like typhoid, cholera, dysentery, hepatitis A, and polio. And non-profits like The Water Project provide clean water sources to villages in across sub-Saharan Africa—something hundreds of millions of people lack.

Yet companies like Live Water stand by their delusional mission. After the New York Times published its article, and Business Insider wrote a follow-up on the absurdity of the raw water trend, Live Water issued a statement on their home page, writing that they “envision a near future where more pure water exists and people embrace the free gifts nature offers.” "We advocate people collecting [their] own spring water as the best choice," the statement continued.

Live Water claims that its water comes from an “ancient aquifer” that’s been “extensively tested” and which has shown no “harmful contamination.” They suggest that much water is impure because of "Industrial Age contamination," suggesting that their water is safer because it is removed from industry.

But modern water purification systems, like those used in city and county tap systems, aren't necessarily merely filtering man-made industrial runoff. There are many “natural” minerals that have been in the Earth for millions of years that can be deadly, including Cinnabar, Tobernite, arsenic and sulfur dioxide. The idea that anything that is natural and comes from the Earth is inherently "pure" is a dangerous belief.

Does this mean that natural spring water can’t be consumed safely? Technically no, but it does mean that, if unregulated, it’s an incredibly risky endeavor, and one that comes with a huge liability.

The idea that leaders within an industry that leads technological and scientific innovation are promoting something so dangerous sets a bad precedent. Moreover, it is a huge insult to the many poverty-stricken people around the world who would be overjoyed to have access to public Bay Area tap water — the same water these tech leaders are rejecting in favor of mystery spring water that costs several thousand times more per gallon.