It looks like the "The X-Files" is done for good 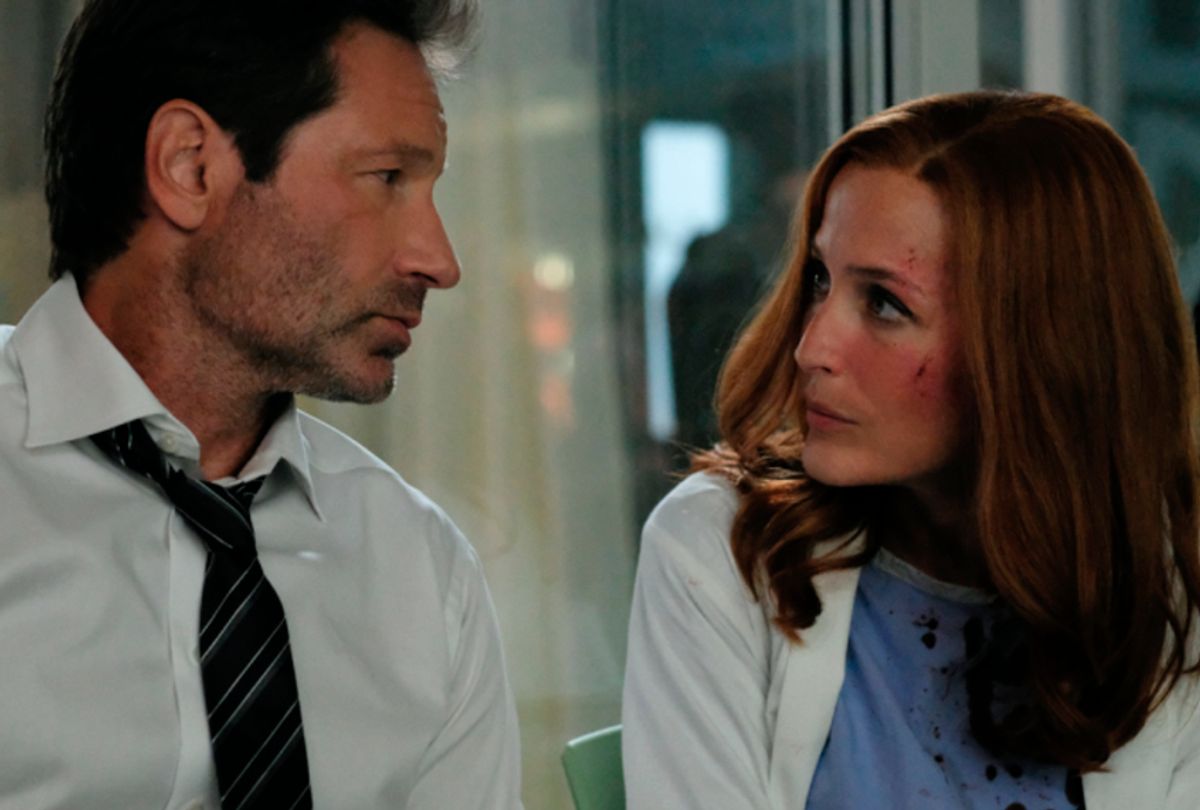 With a new, critically lauded season of the long-running, long-loved sci-fi conspiracy show "The X-Files" currently on air, questions turned today at the Television Critics Association winter press tour in Pasadena, California, to the future of the series. The answers were not promising.

Speaking during the first day of the 13-day-long event — the first two days of which are given over to discussing Fox programming — Dana Walden, chairman and CEO of Fox Television Group, fielded a query about the fate of the show given that star Gillian Anderson, who portrays Agent Dana Scully, is almost certainly not returning.

Variety executive editor Debra Birnbaum quoted Walden as saying, "If those are the circumstances, there won’t be any more" seasons of the series. This statement has been corroborated by others at the Fox panel.

While nothing's set in stone as of yet, this is the clearest sign in a week of signs that the show, which first aired in 1993 and has spawned two movies and a recent two-season revival, will not be returning to the air.

Already Gillian Anderson, co-star David Duchovny and the creators of the series had signaled that the 2016 reboot of the "X-Files" would be their last hurrah. Subsequently, that was followed by the announcement of a new installment, which debuted this Wednesday, also pegged to be the show's final outing, at least for Anderson. "I think this will be it for me," she told Screen Rant in October.

This December, Anderson seemed to end any longer questions about her future involvement, telling TV Insider she was done following the release of the current 11th season. "I’ve said from the beginning this is it for me," she said. "I was a bit surprised by people’s [shocked] reaction to my announcement . . . because my understanding was that this was a single season."

Initially, series creator Chris Carter seemed non-committal about a future without Anderson, stating in the same TV Insider interview. "There are a lot more 'X-Files' stories to tell,” he said. "Whether we get to tell them is a question mark. The truth is out there."

In an interview published on Collider Wednesday, he was far more definite. "For me," he said, "'The X-Files' is Mulder and Scully. I think if it were without Scully, I wouldn’t do it. That’s not my 'X-Files.'" It's a position he also held during a Reddit AMA Tuesday. "For me, the show has always been Mulder & Scully," he wrote. "So the idea of doing the show without her isn't something I've ever had to consider." That said, "The X-Files" did have at least one season where Mulder and Scully barely appeared with actors Annabeth Gish and Robert Patrick assuming leading duties.

Now, it seems, there will be no network push to keep the series alive provided Anderson and Carter make good on their promises not to continue on. This would seem to be the final capper not only on the adventures of Mulder and Scully, something already possible given the current narrative of the series (no spoilers!), but for the property with or without them as well.

Anderson left just a sliver of a possibility that she would return to the role that made her famous in October, saying to Screen Rant, "You may need to talk to me in a few years about that once I finally shut the door." She added, "You know, there’s always been this 'maybe one more' thing hanging over, but when the door is finally shut, call me up and ask me that question again."

As of now, though, there's a clear sense of finality in the air beyond what's playing out onscreen in the 11th season. Enjoy it while you can, X-Philes.