Just 2 months ago, the filmmaker condemned Harvey Weinstein. Now fingers are pointing at him 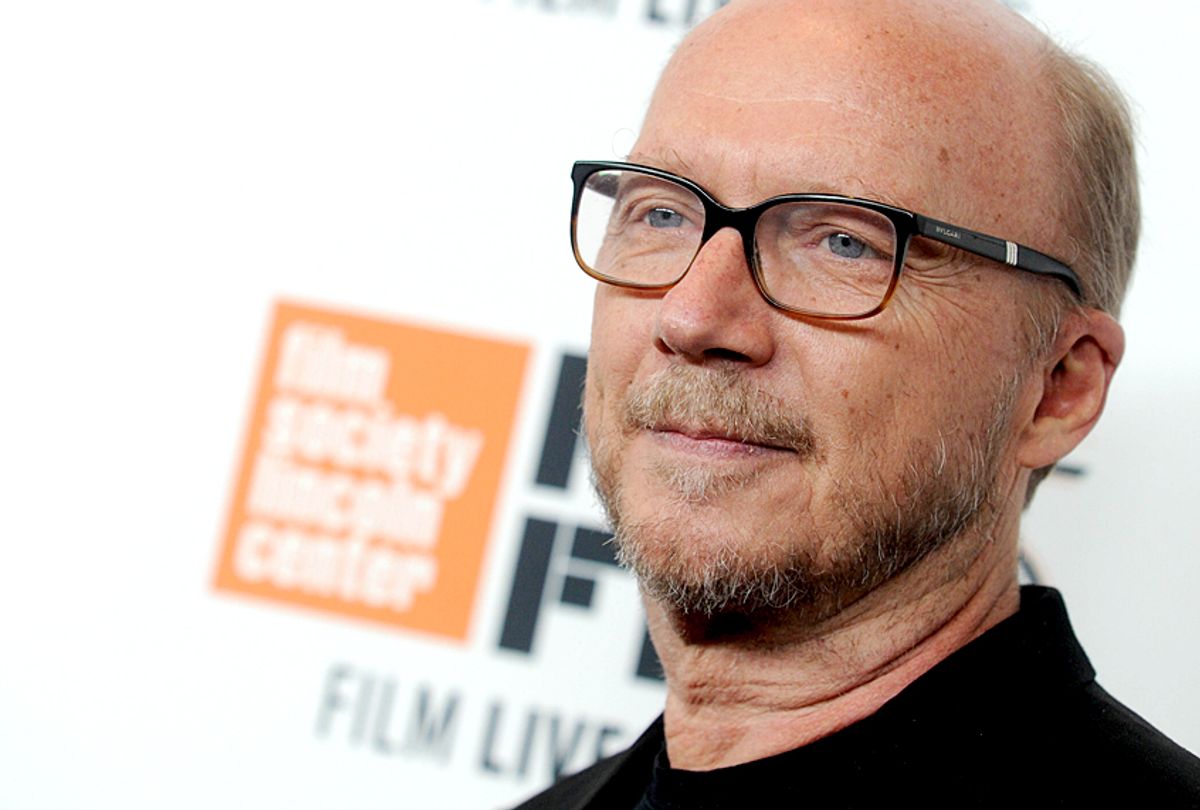 Four women have come forward accusing filmmaker Paul Haggis, 64, of sexual assault. Two of the women allege that Haggis raped them, according to a report published Friday by the Associated Press.

The allegations started with a civil lawsuit filed against Haggis for rape in 2013. Subsequently, three additional women shared their own allegations of sexual misconduct against the filmmaker. One publicist says Haggis forced her to perform oral sex, then raped her. Another woman told the AP that Haggis tried to sexually assault her. "Another of the new accusers said Haggis held down her arms, forcibly kissed her on a street corner, then followed her into a taxi," the AP wrote. "She said she later escaped his clutches."

These women reported their accusations to the attorney of Haleigh Breest, Haggis' original accuser. The AP said that Friday, "Breest’s attorneys filed an amended complaint that includes details of the allegations lodged by the three new accusers."

Christine Lepera, an attorney for Haggis told the AP, "He didn't rape anybody." Haggis has also countersued Haleigh Breest, claiming that she and her lawyer attempted to extort him for $9 million in order to avoid legal trouble.

In light of the new round of accusations, Lepera said in a statement to Deadline: "No one has reached out to anyone on Mr. Haggis' team other than the press to report this." She added, "He views the fact that these reports appear to be spearheaded from the law-firm representing Ms. Breest, as a further tactic to try to harm him and continue their effort to obtain money. Mr. Haggis also questions whether Scientology has any role here, which he notes has been attacking him for years with false accusations." (All of the women told the AP that they had no connection to Scientology.)

"We view Mr. Haggis’s claims against Haleigh Breest as ludicrous, and a further act of aggression. In our system of justice, those who have been wronged have the clear right to seek redress and hold those responsible accountable for their misconduct," Breest's attorney told the AP. "In an act of remarkable hubris, Mr. Haggis has the temerity to claim that he, not her, was the victim. It is a preposterous and transparent PR stunt that will not succeed. Ms. Breest will not be intimidated or deterred from seeking justice."

In Breest's lawsuit, she alleges that Haggis forced her to perform oral sex and then raped her after a film premiere in 2013. But the new set of accusations are equally as troubling. The AP reported:

In separate interviews with the AP, the three new accusers provided detailed accounts of encounters they say occurred between 1996 and 2015. The women were early in their careers in the entertainment business when, they say, the Hollywood heavyweight lured them to private or semi-private places under the guise of discussing productions or a subject of a professional nature.

They all said Haggis first tried to kiss them. In two of the cases, they said, when they fought back, Haggis escalated his aggression.

The other woman accusing Haggis of rape says the assault occurred when she was 28 and working as a publicist on a show he was producing in 1996. She says Haggis asked to come to her office to discuss work-related tasks. The woman, who remains anonymous, says everyone had gone home for the evening. When Haggis arrived, he insisted their conversation take place in a back office. Once there, she said, Haggis began kissing her.

"I just pulled away. He was just glaring at me and came at me again. I was really resisting. He said to me, 'Do you really want to continue working?'" the woman told the AP. "And then he really forced himself on me. I was just numb. I didn't know what to do." Then, she said, he forced her to perform oral sex then "pushed her to the floor and raped her."

Professionally, Haggis is best known for writing, directing and producing "Crash," which won both Best Picture and Best Original Screenplay at the 2006 Academy Awards. The previous year, "Million Dollar Baby," which he also wrote and produced, earned four Oscars including Best Picture. He has remained active in filmmaking since, writing a script for "Casino Royale," producing HBO's "Show Me a Hero" and working on many other high-profile projects.

Haggis has also garnered significant attention for not only defecting from Scientology in 2009, but for an intense public crusade against the religion via a 2011 New Yorker article, an HBO documentary and a book.

In recent months, Haggis has held nothing back in his condemnation of producer Harvey Weinstein. "A lot of people are compromised by Harvey’s alleged actions," he told the Guardian. "Although everyone thinks it is vile behaviour [sic], you have got to focus on those who may have colluded and protected him. For me, they are as guilty as he is and in some cases more so, if I can say that. I mean, he was a predator and a predator is a predator. But what about those who would rather look the other way?"