An astronaut went after President Trump on Twitter — twice 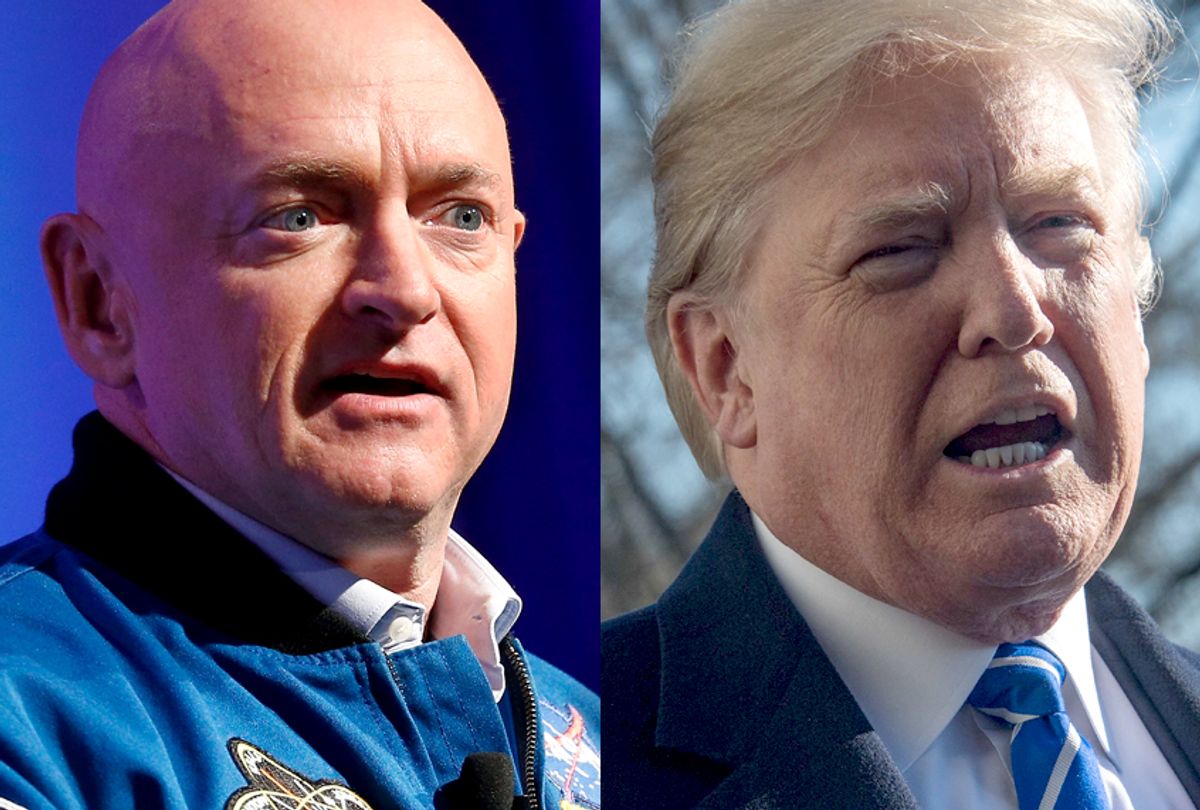 As you may remember, for it seems so very long ago, the president began Tuesday with a tweet claiming personal responsibility for a lack in commercial aviation deaths in 2017. "Since taking office I have been very strict on Commercial Aviation," he wrote. "Good news - it was just reported that there were Zero deaths in 2017, the best and safest year on record!"

It's likely that Trump is working off of this report. Yes, he's right that there were no deaths connected with commercial passenger aviation in the United States last year (there were some deaths internationally in 2017), and no major airline crashes either. But that is simply the continuance of a trend that began earlier this decade. In the U.S., 2017 was more or less just as safe as the years between 2010 and 2016, a period when the Federal Aviation Administration was under the authority of President Barack Obama. This is all to say that it's not — and shouldn't be — anything for the current president to crow about.

Responding to Trump, Kelly — himself a decorated naval aviator with four space missions under his belt who currently serves as a flight-safety consultant for Space X — wrote, "Actually, it's @USDOT, @FAANews, & @NASA —and especially the airlines— who deserve credit for this," signaling out the accounts of the U.S. Department of Transportation, the FAA and, of course, the NASA.

Kelly added, "But, if you're going to take credit for zero airline deaths in 2017 then you should take responsibility for the tens of thousands of gun deaths, too."

As mentioned, Kelly is the husband of former congressperson Giffords, who survived an assassination attempt in January of 2011 with serious, career-ending injuries sustained from a bullet wound to the head. Her attacker was able to procure a weapon despite what turned out to be severe psychosis. Kelly and Giffords have since dedicated much of their time to gun-control advocacy.

In a second, more alarming tweet that same day, Trump wrote, "North Korean Leader Kim Jong Un just stated that the 'Nuclear Button is on his desk at all times.' Will someone from his depleted and food starved regime please inform him that I too have a Nuclear Button, but it is a much bigger & more powerful one than his, and my Button works!"

While it is true that North Korea is indeed "depleted and food starved," it is not true that Trump has a nuclear button on his desk, let alone that it is larger than the likely equally fictional nuclear button North Korean Kim Jong Un claims to have. Also, holy crap!

In a response, Kelly offered a tweet as sober as Trump's was manic and dangerous. "As a pilot in the @USNavy, I was trained to deliver nuclear weapons. EVERYTHING we did with these weapons was deadly serious. No jokes, no threats, no mistakes. Every soldier, sailor, airman and marine gets that." He added an offer to the president. "Feel free to reach out if you’d like to discuss this further," he said.

Highly decorated from almost a decade of active service in the military (not counting his 15 years at NASA), Kelly is a veteran of the Gulf War with 5,000 hours of flight time in over 50 different kinds of Naval aircraft. Yeah, it would be really nice if he and Trump could chat this one out, as improbable as that meeting may be.