Young flew in space six times, he’s remembered as a pioneer and being at the forefront of human space exploration 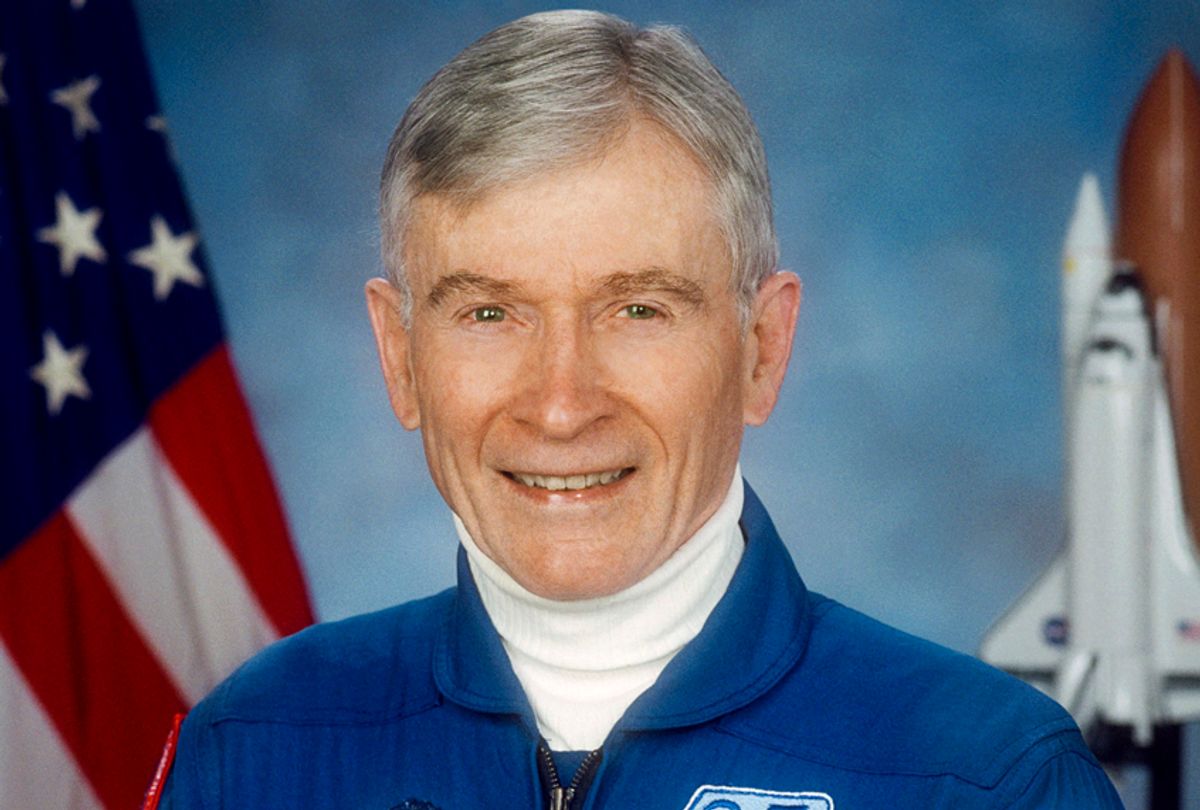 John Young, who was the first astronaut to fly in outer space six times, passed away at 87 after suffering from complications related to pneumonia. He was known as a pioneer, and was described as an “astronaut’s astronaut.”

Young passed away on Friday, Jan. 5; NASA confirmed the news in a statement on Saturday.

“Today, NASA and the world have lost a pioneer. Astronaut John Young's storied career spanned three generations of spaceflight; we will stand on his shoulders as we look toward the next human frontier,” NASA Administrator Robert Lightfoot said in the statement. “John was one of that group of early space pioneers whose bravery and commitment sparked our nation's first great achievements in space. But, not content with that, his hands-on contributions continued long after the last of his six spaceflights -- a world record at the time of his retirement from the cockpit.”

Lightfoot continued to recall fond memories with the astronaut in his statement.

“I participated in many Space Shuttle Flight Readiness Reviews with John, and will always remember him as the classic ‘hell of an engineer’ from Georgia Tech, who had an uncanny ability to cut to the heart of a technical issue by posing the perfect question -- followed by his iconic phrase, ‘Just asking…,’” he said. “John Young was at the forefront of human space exploration with his poise, talent, and tenacity. He was in every way the 'astronaut’s astronaut.' We will miss him.”

Young flew into space as part of the Gemini, Apollo and space shuttle programs, according to NASA. He landed on the moon as the Commander of the Apollo 16 mission, which was NASA’s fifth mission to land men on the moon and bring them back to Earth safely in 1972. Young entered lunar orbit twice, and according to NASA, he logged 835 hours in space throughout his career. He was also inducted into the National Aviation Hall of Fame in 1988.

Many leaders around the world have expressed their condolences.

Former President George H. W. Bush released a statement saying Young was "a fearless patriot whose courage and commitment to duty helped our Nation push back the horizon of discovery at a critical time."

Young often shared his unique perspective about his experiences in space. Once, in an interview with the Houston Chronicle in 2004, he recalled his first trip to the moon on Apollo 10. "The impressive thing about the back side of the moon is how many darn craters it has," he said in the interview. "If the back side of the moon was facing us, I think human beings would be far more adaptive, far more educated, about (asteroid or comet) impacts on planet Earth."