In Alaska, boomers are the legal weed base: "Now they’re retired, they want to live it up a little" 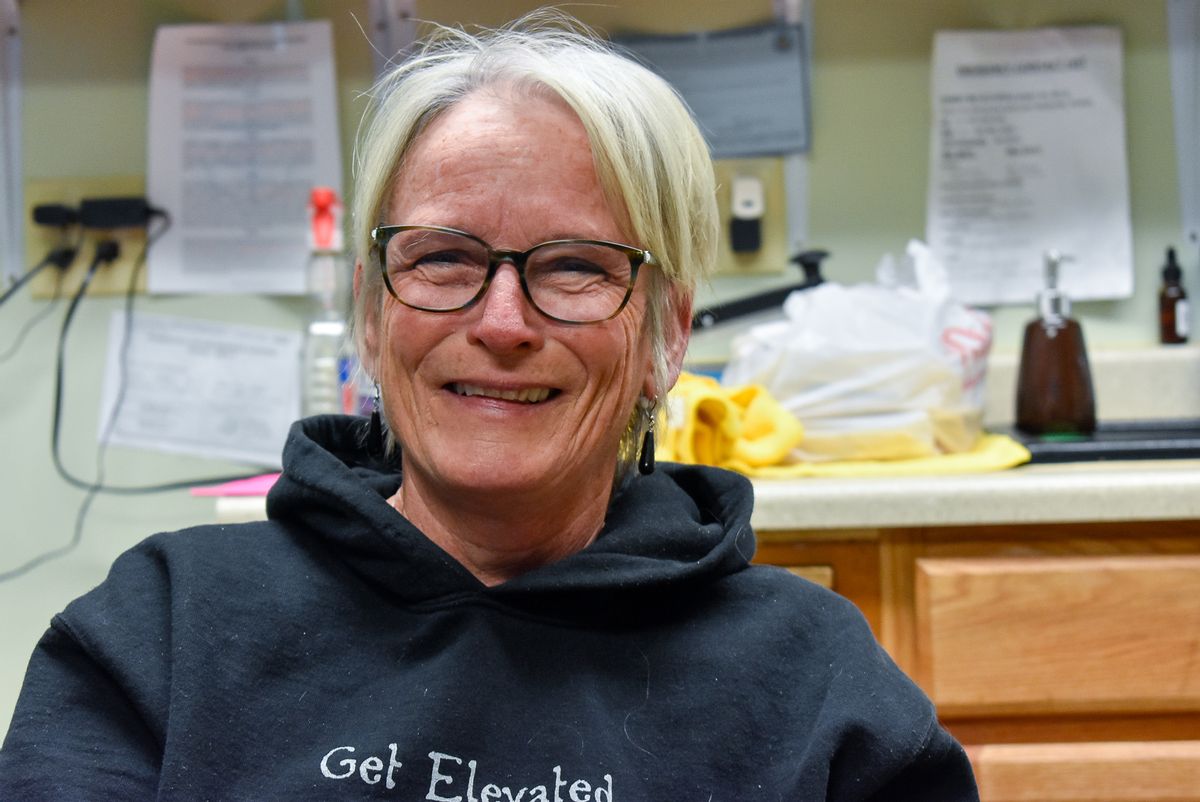 The image of cannabis culture has long been one oriented in youth. After recreational marijuana use became legal in the state of Alaska in 2014, opponents often cited concerns about underage consumption, despite prohibitions on sales to minors under 21. Now, with Attorney General Jeff Sessions issuing a January reversal of protections for states that have legalized marijuana, independent, legal businesses face an uncertain future — and are vowing to fight back.

Shortly before the Sessions announcement, Salon spoke to two Alaska-based cannabis business owners about this unique vocation and their stereotype-busting clientele.

Susan Carse is the co-owner of The Herbal Cache, the sole cannabis storefront in Girdwood, Alaska. At 62, Carse is older than most storefront owners, challenging the stereotype that marijuana is predominantly for young people.

Did you have any fear about starting a new venture like this, a new career, essentially, as an owner?

Carse: Actually, no. I would say I was probably the opposite. I was pretty naïve. It was like, “Oh, pot’s legal. Let’s open a pot shop.” I had really no idea of the regulations and the hard work that it would take to know and get established. It’s a highly regulated industry that you really have to keep on top of. It’s been exciting and interesting. I had no retail experience before in my career, so it’s certainly been a learning curve.

Was there any part of your previous career that helped you transition into this?

Carse: Actually, I look at it in some ways as an advantage. The regulations are new, and they’re amending as they go along when they’re seeing some loopholes or gray areas that they need to work on. My legal training is to decipher statutes, so [I] think there’s been a good aspect to that and a bad aspect. I think, as an attorney, sometimes I “what if” a regulation to death instead of just . . . okay, it says this, just do it.

When you look at your customer base, what is the age range? Are there more younger people or older people?

Carse: It’s interesting because I read in, I think it's Alaska Cannabis Institute, a study they did early on, saying what they thought to be the customer base. It was a small pool. I want to say it was only 200 people, so I questioned them on the validity of their findings.

I expected millennials to be number one. It was actually my age, baby boomers. I was surprised at that. But when you think about it, I think a lot of people come in that are now reaching retirement and could not consume during their careers. What if they were [drug] testing or felt that it was something they shouldn’t do? Now they’re retired, they want to live it up a little. A lot of that age group are looking to marijuana for some of its medical benefits. I would definitely agree with that finding. I think our average customer is probably not as old as I am — I’m old — but much older, I think.

Within the industry or even within the community, do you feel like people think of you differently because of your age?

Carse: Probably. One of my budtenders is my son, and I had one customer ask him if I was his grandmother, so I laughed about that. I don’t think about my age, because we often get an older crowd that comes in. I think, perhaps, seeing this really gray-haired old lady behind the counter, it gives them even more sense of acceptance or it’s okay, and comfort in making a selection of some marijuana product that they may want to try out. Some are trying it for the first time or haven’t tried it for years, and some are more regular consumers. We really get all kinds of people.

Will Ingram is the general manager of AK Fireweed, one of the first shops to open when retail stores first started popping up around Anchorage. Located in the heart of downtown Anchorage, Ingram’s clientele is comprised of working professionals and older, retired Alaskans.

I think there’s this idea of youth culture really being associated with marijuana, not so much like older people.

Ingram: Absolutely, but it’s quite contrary now that we're running these legal shops, because all I see are older professionals coming in.... It’s pretty much 80 percent of the clientele that we see. I think a lot of it has to do with their re-visiting cannabis. It's legal now. Lots of these people retiring, or they’re just dealing with degenerative diseases. They know that cannabis can do a lot for that.

It’s pretty expensive for most people. We kind of knew the clientele that we would attract. I think that the political opposition really thought that this is going to be a bunch of  stoner dudes with ponytails, like selling weed to kids or something like that. It’s so far the opposite from that. I have guys coming here with suits and Rolexes, spending three, four hundred dollars on weed easily. Like no big deal. People are just happy that we're here. Happy that we have that service. Everything’s tested, it’s clean. There’s huge quality control. Especially here, we’re very careful about what we bring in. I feel like we have a very high end, kind of boutique style shopping experience and we need a product to be able to match that. So, we’re very careful about what we bring in. We have a lot of repeat business.

I’m not saying that young people don’t come in; I [just] don’t get that young riffraff-like stoner crowd. This just not rampant at all around here.

I think the presentation of your shop, too, makes a difference, because it does feel very like a boutique.

Ingram: We wanted this to be normalized. A normal shopping experience.

How many of the older customers would you say are new to marijuana?

Ingram: There’s a lot. I’d say at least 40 percent, probably. That’s a big number and a big estimate for me to throw out like that. But just doing this every day, and doing tutorials on how to work a vaporizer pen, or the basics of just how to smoke weed out of a pipe. That happens all the time. I can’t really show people exactly how to smoke, but we can do our best effort to show people how these tools are used. There’s a lot of education.

Ingram: Just a lack of knowledge. A lot of younger customers, they’re really knowledgeable. Most of the ones that come in anyway.

The biggest difference is just the lack of experience. You would think that the older clientele, they would come in, would know way more than I do. But, I think those guys are growing their own weed. They’re just sticking with what they know. So, we get the "teach me something" crowd. So, that’s the biggest difference by far. It’s just learning. We’re all learning together.