With "Sound of Silver," James Murphy started injecting some humanity into his hedonistic party music 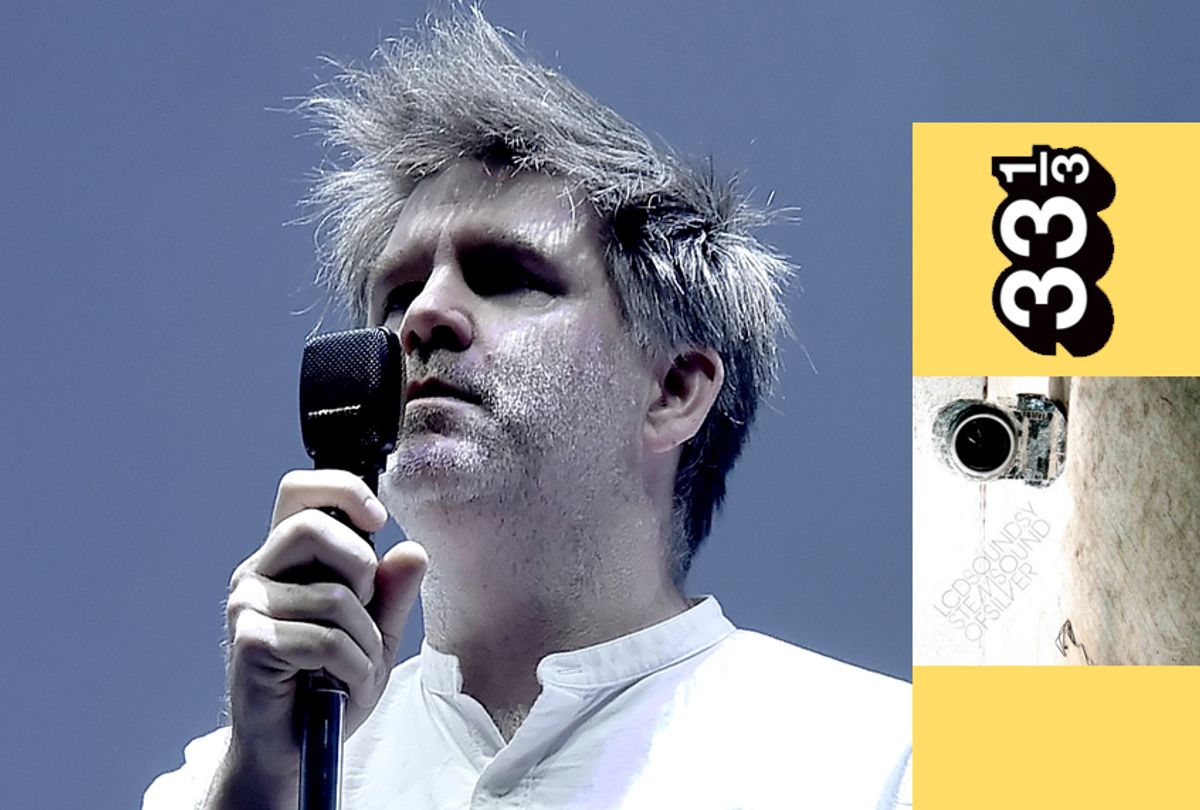 The binary of young experience in America in the 21st century has often been sketched out as one with irony at one pole, and earnestness at the other, with the two completely unable to coexist. Indie would either be based in affected detachment, the cool, or it would be over-the-top sincere, with an embarrassing amount of blood in every note and syllable. You could make the argument that in the initial years of this century a stylistic echo chamber coincided with keeping today’s world at arm’s length with a web of ironic postures.

The argument would follow that this eventually lost out to an anthemic, wide-eyed brand of indie, a transition that ran somewhat parallel to the process of indie becoming a more mainstream force than in its elitist past. It’s the era of indie unafraid of big choruses and owning influences that would’ve previously only been talked about as guilty pleasures. (Look at the shift in how people talked about Fleetwood Mac from the early '00s to the early '10s, from the hedging of "You know, I kinda like it" to "Who wouldn’t like Fleetwood Mac?" reverence, or the shift from indie rockers sarcastically playing acoustic covers of major pop hits to indie rockers covering pop songs from a place of genuine love and admiration.) Things are rarely that black and white, though, which holds true here. The battle between, and intersections of, irony and earnestness is where the issue of coolness actually becomes the most crucial in the development of LCD Soundsystem.

"Sound Of Silver" took the band to a different place. As an album, it was a far more cohesive and fully-realized record than "LCD Soundsystem." It’s a turning point in Murphy's career, where irony and sneer start to mingle with, and get beaten down by, some of the most enduring pathos you can find in '00s or '10s indie music. The smirking account of "North American Scum" yields to the towering emotional core of the record, the totally overwhelming one-two of "Someone Great” and "All My Friends.” They remain perhaps the most sincere, and the most moving, of any material Murphy's yet recorded.

They also remain amongst his best. "All My Friends," as the galloping centerpiece to the whole record, actually holds the tension entirely within itself. Lines like "We set controls for the heart of the sun/One of the ways we show our age” have both the ironic reference and the emotional resonance. A Pink Floyd shout out in a LCD Soundsystem song, really? Even with a song like "Never As Tired As When I'm Waking Up” in his catalog, hearing Murphy allude to Pink Floyd still registers as something of a piss-take, a self-aware referendum on some of his dad-rock tendencies. But then the second half of that line underscores the reality of it all. Here's a song holding down the center of a record that, throughout, engages With aging and missing experiences in exchange for being in a band and trying to hold onto that ephemeral coolness in the moment.

Consequently, "Sound Of Silver" is the first moment in LCD Soundsystems catalog where the music isn't hitting you over the head with its cool points. Instead, it started to simply exude a certain kind of cool. You could partially root this in baser things. There are decadent moments throughout "Sound Of Silver." "Get Innocuous!," "North American Scum,” and "All My Friends” all at least sound as if they want to be soundtracking hedonism in some form or another. (In particular: my generation needs to find its equivalent of John Hughes so "All My Friends” can play the "If You Leave” and/or "Don't You (Forget About Me)" role, this time as a protagonist has the big revelation at a party during the film's climax.) You have the pure richness of sound in the layered chorus of “Us V Them” erupting over the percussive, polyrhythmic intricacy of all the instrumentation. Or the lose-yourself spiral of the title track, wrapping itself this way and that around your mind, bringing you up for air only occasionally, as Murphy’s voice flits in and out with the song's simple lyric.

The point here is: Murphy is adept at crafting party and/or drug music. And much of the music on "Sound Of Silver" is urgent and infectious in a way where you can easily picture "Get Innocuous!" on a fashion runway as easily as in an illegal warehouse party in, I don't know, Helsinki. Murphy is aware that he has this talent. He knows he makes music that acts on people in this manner. This is where Murphy the aesthetician reigns. Out of any of his albums, "Sound Of Silver" has the most material aptly suited for nocturnal spaces. It conjures people and places you want to know, but don't, which is the kind of textural cool that does something to your head when you're a teenager in your high school art studio.

Of course, this is not to discount the fact that countless young people have found transcendence on some dancefloor at some point. If you lose yourself, you can find something else for a moment. Murphy knows that, too. After all, he has this self-mythologizing piece of his origin story: He never danced, and then one night he was in a club peaking on ecstasy and the DJ put on "Tomorrow Never Knows," and a previously hidden fraction of himself took over. He moved.

It's one chapter of the conversion phase of the young punk to the iconoclastic downtown DJ. It's stuff like this that lent him an understanding of what he could do well on any of the six or seven minute epics "Sound Of Silver" boasts. He understood that ignition, that movement. If "LCD Soundsystem" was a stylistic amalgamation of all the things Murphy adored and wanted to be, then "Sound Of Silver" is the fantasy discotheque-siphoning coolness and atmosphere from all the experiences Murphy had in the real-life trenches of New York's clubs.

As it happens, though: "Sound Of Silver" is also where Murphy started having more to say. Something like "Movement” or "Yeah" was that cool, impeccably tasteful music without too much thematic impact. Something like "Losing My Edge" was a layered account of aging and figuring out your standing in the World, but it was a brilliantly acidic and vibrant take on what is ultimately a small slice of the World, and a small slice of your own life experience.