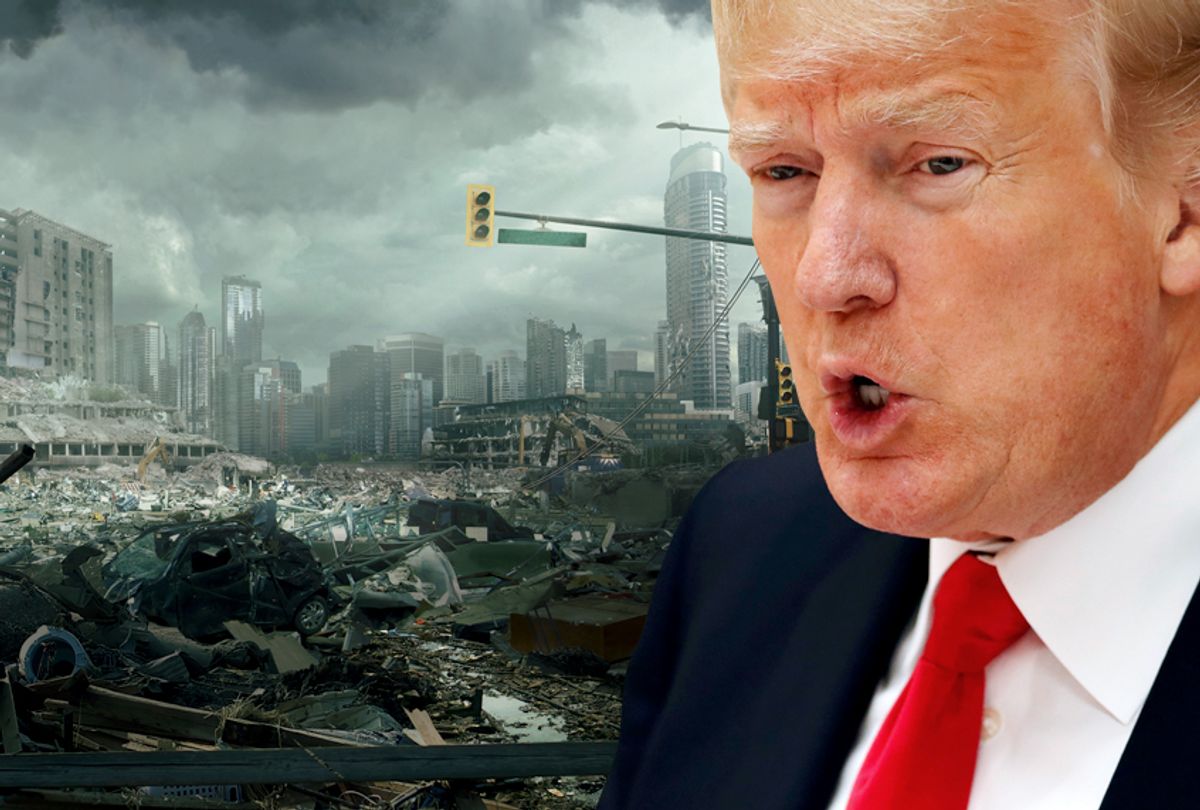 During the mid-20th century, a deep pessimism came to dominate the thinking of many social theorists and cultural critics on the left, whose writings were full of bleak prognostications about the modern world and the future of humanity. This pessimism was largely a response to the two world wars (and the Holocaust), the rise and spread of fascism and totalitarianism, and the development of the atomic bomb. Human progress, it seemed to these thinkers, had come at a steep price, and humanity looked to be on the verge of destroying itself with its own technological achievements.

“Enlightenment, understood in the widest sense as the advance of thought, has always aimed at liberating human beings from fear and installing them as masters,” declared leading Frankfurt School theorists Theodor Adorno and Marx Horkheimer in their 1944 polemic, “Dialectic of Enlightenment.” “Yet the wholly enlightened earth is radiant with triumphant calamity.”

Rather than freeing human beings from want and creating a civilized and enlightened world, “progress” had led to barbarism on an unprecedented scale. Technological progress had far outpaced moral and social progress, resulting in the widespread devastation witnessed during the first half of the 20th century. Of course, the industrialization of society had many other unintended consequences, such as the destruction of the environment.

While Adorno and Horkheimer — and, later on, postmodern critics — felt that the barbarism of the 20th century was a natural outcome of civilization and the “rationalization” of society, others were more hopeful, and argued that it was still possible to fulfill the original aims of the Enlightenment by fundamentally altering the structure and organization of society.

Albert Einstein, for example, who deeply regretted his role in the development of nuclear weapons, famously supported socialism. Science, Einstein wrote in his essay “Why Socialism?” “cannot create ends and, even less, instill them in human beings; science, at most, can supply the means by which to attain certain ends. But the ends themselves are conceived by personalities with lofty ethical ideals and … are adopted and carried forward by those many human beings who, half unconsciously, determine the slow evolution of society.”

Another prominent thinker to come out of the Frankfurt School, psychologist Erich Fromm, also championed democratic socialism in his work, declaring that the need for “profound human change emerges not only as an ethical or religious demand … but also as a condition for the sheer survival of the human race.”

More than a half century after these thinkers put forward their critiques of modernity, the survival of the human race remains very much in doubt. Indeed, one has as much — if not more — reason to be pessimistic about the future of humanity in 2018 as critical theorists did in the 1940s. This is especially true when considering the current state of affairs in America, where the most powerful man in the country seems intent on accelerating humanity’s collective suicide. Donald Trump possesses all of the worst qualities found in humans — greed, ignorance, stupidity, arrogance, impulsiveness, myopic self-interest — and these characteristics have unfortunately flourished in our contemporary society. (The president is, in many ways, a reflection of our consumer capitalist culture.)

Last Tuesday, Trump displayed his incredible recklessness when he taunted North Korean dictator Kim Jong-un in a tweet, boasting that his “Nuclear Button” is “much bigger & more powerful” than Kim Jong-un’s (once and for all proving George Carlin’s “bigger dick” foreign policy theory). Responding to this tweet, John Mecklin, editor-in-chief of the Bulletin of the Atomic Scientists, which is known for its “Doomsday Clock,” observed that Trump's tweets about North Korea are “an existential threat to humanity,” and could “increase the probability that North Korea will misinterpret normal military exercises as an attack and respond with force,” leading to worldwide thermonuclear war and “the end of the human experiment.”

If the president’s insane and impulsive tweeting doesn’t lead to the end of the human experiment, his right-wing policies will certainly help get us there — especially his environmental policies, which will exacerbate the man-made crisis of climate change. Last year, Noam Chomsky called Trump’s Republican Party “the most dangerous organization in world history,” noting that there has never been an organization in human history that is “dedicated, with such commitment, to the destruction of organized human life on Earth.” This is no doubt a provocative statement, but the Republican denial of climate change and refusal to confront this existential threat may prove to be the greatest act of hubris (and stupidity) in human history.

Though Trump is doing more than anyone else to hasten the extinction of the human species, the reality is that we have been heading in this direction for more than a century, and the source of this self-destructive trend is our economic system. Even if Trump avoids blowing up the planet over the next three years, we will still be left with a political system dominated by corporate interests and an economy based on exponential growth and short-term profits.

All of this will make it hard for those on the left to avoid pessimism, but if there is to be any hope for the future survival of humanity, avoid it they must. As Chomsky — who is often mistaken for a pessimist — has previously said: “Optimism is a strategy for making a better future. Because unless you believe that the future can be better, you are unlikely to step up and take responsibility for making it so.”

If progressives aim to create a better future, they must reject the pessimism of thinkers like Adorno and Horkheimer and embrace the cautious optimism of those like Einstein, Fromm and Chomsky. Otherwise, the “Doomsday Clock” — currently the closest it has been to midnight since the 1950s — will continue ticking until it is too late.