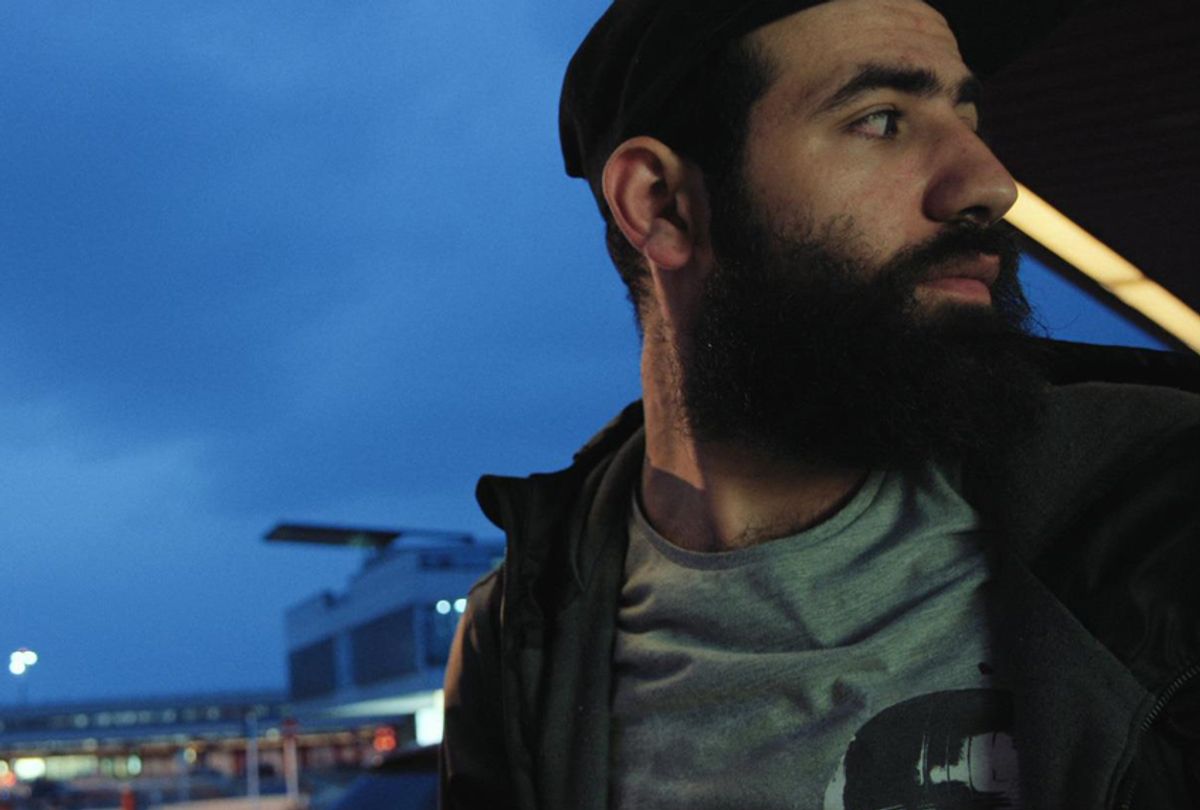 We have heard that the fall of Raqqa is a success for the U.S.-led fight against ISIS, but Oscar-shortlisted documentary “City of Ghosts” teaches us that the story is a lot more complicated.

When the Islamic State (ISIS) was ousted from its purported capital of Raqqa, Syria, in late October, Donald Trump portrayed the event as a milestone in the U.S.-led fight against terrorism and as a crucial step toward a political transition and lasting peace in Syria. Initial reports mentioned that ISIS had “been completely driven out” by U.S.-backed forces. Talal Salo, spokesman for the U.S.-backed Syrian Democratic Forces, told CNN that "The situation in Raqqa is under control and soon there will be an official statement declaring the liberation of the city."

Almost all of the reporting on the subject suggested that the story of Raqqa was “an indisputable success for the U.S.-led anti-ISIS international coalition.” And as 2017 ended, the Trump administration touted their defeat of ISIS as one of the greatest successes of their first year.

Yet, as Oscar-shortlisted documentary “City of Ghosts” teaches us, that way of thinking about the events in Raqqa is entirely wrong. Directed by Matthew Heineman, “City of Ghosts” follows the story of a group of "citizen journalists" from Raqqa known as “Raqqa Is Being Slaughtered Silently” (RBSS), who are dedicated to using media to expose the Islamic State's horrific crimes in their hometown. Shot in Syria — as well as in Germany and Turkey, where the journalists had to flee into exile — the film gives an intimate portrait of the challenges the journalists face in their dual roles as refugees and the only source of credible news about their city.

I was able to speak with Heineman and RBSS journalist Aziz Alhamza about the way that the film continues to resonate after the end of ISIS control of Raqqa. Here are five lessons about the story I learned from speaking to them.

1. ISIS may no longer control Raqqa, but that doesn’t mean ISIS has been defeated or that Raqqa is liberated.

Does anyone remember George W. Bush’s announcement on May 1, 2003, that the war in Iraq was over? With a huge “Mission Accomplished” banner hanging behind him, Bush made the statement aboard the USS Abraham Lincoln and called Operation Iraqi Freedom "a job well done." The speech and the banner would later come to signify everything wrong with a war that was far from over at that time.

The same story is true in the case of Raqqa and ISIS. Despite the initial flurry of pieces claiming a win and a success in Raqqa, there is much evidence that the fight against ISIS is far from over. In fact, we have recently learned that the U.S. military allowed thousands of ISIS fighters to escape from Raqqa in a secret deal. About 4,000 terrorists and family members were allowed to leave the city.

When Heineman was still filming “City of Ghosts,” the ISIS hold on Raqqa was starting to shift, but neither he nor the RBSS journalists saw this change as a total victory.

As Alhamza explains, the view that this is a win contrasts with the extreme anguish of Raqqa’s citizens. “The city is completely destroyed,” he told me. The people are returning to the city, but they have much work to do.

If there is one core message in “City of Ghosts,” it is that stories of defeated terrorist groups, missions accomplished and military successes miss the real-life complexities of these events.

Heineman cautions that the conflict with ISIS should not be boiled down to the story of one liberated city. “ISIS was under attack as we were finishing the film," he said. "Mosul wasn’t liberated, Raqqa wasn’t liberated, but the battle to reclaim them had begun. And yet, as these changes were taking place the RBSS journalists were talking about how the battle against ISIS can’t be won with weapons or guns.”

Heineman said he hopes that one of the legacies of the film is that it will help global citizens, governments and nonprofits fight the ideology of ISIS that will live on far beyond the fall of ISIS in Raqqa. “Likely the ideology of ISIS will reform or reemerge," said Heineman. "They may have a different name or different shirts, but the core ideas will be similar. We really need to start fighting the root cause of why these groups emerge.”

And as “City of Ghosts” makes clear, the only way to understand how and why these groups emerge is by moving past the rhetoric of missions accomplished and cities vanquished.

2. The true war with ISIS is being fought through media.

“City of Ghosts” reminds us that the story of Raqqa had already been used by ISIS in order to recruit new members. When ISIS took over the city in 2014, it described it as “paradise on earth” and pushed out a media story to followers that painted a rosy picture of daily life there. The ISIS images of Raqqa were used to successfully recruit new members from over 84 countries.

As Alhamza explains, RBSS saw itself as committed to correcting that image and showing the stark brutality of ISIS. One of the most surprising features of “City of Ghosts” is the discovery that ISIS has a tremendously sophisticated media apparatus. Folks may know about ISIS recruiting in online chat groups or be familiar with their use of social media, but few will likely know about their Hollywood-style, Michael Bay-inspired propaganda videos.

In one extremely intense scene, an RBSS journalist, Hamoud, watches a slick video that features the assassination of his own father. He later explains that watching it helps give him strength to keep fighting. Later we see that same journalist working hard to get his next piece out. “City of Ghosts” makes it clear that in the end this is a war of information.

Heineman describes “City of Ghosts” as “an homage to journalism.” For him, a key part of the story is the valiant efforts of RBSS to fight lies, misperceptions and deceptive media — a battle Heineman describes as even more urgent in a Trump-era context when even the most basic facts seem under dispute. As Heineman puts it, this is a film about “people fighting for and seeking out the truth.”

On Dec. 27, Trump tweeted an ISIS scorecard that he claimed proved that he had been more successful than Barack Obama in the fight against ISIS.

And yet, this numbers game is entirely the wrong way to think about the fight against ISIS.

Both Heineman and Alhamza emphasize the critical point that the fight against ISIS is not about the issue of how many fighters are captured or towns are recovered. The strategy to beat ISIS can’t be modeled on a Risk game. This is an ideological battle.

“It seems we haven’t learned anything from previous wars,” said Heineman.

Alhamza details the various ways that ISIS focused on indoctrinating young children. For him, one of the critical tasks facing the journalists of RBSS and their allies will be to focus on trying to reach these children and offer them a different worldview.

Heineman is reluctant to describe his film as a powerful tool in the information war against ISIS, preferring to focus on the work of RBSS. But he does acknowledge the unique role that documentary films can play in helping offer the world a different perspective on the conflict.

Heineman’s documentary style avoids the stale, talking heads aesthetic common to the genre. By building rapport with his subjects, he films over long periods of time, totally blending in. The hidden genius of the film is the way that its own personal, humanized, spare aesthetic is a direct contrast to the glitzy, yet cruel, image production of ISIS.

4. The real weapon against ISIS is empathy.

“'City of Ghosts’” is a story of brotherhood,” Heineman explained. “Hopefully people who see the film care about Aziz, they care about Hamoud, they care about Mohamad, and they come to understand what the people of Raqqa have gone through.”

In one scene shot in Germany the journalists witness an anti-immigrant rally. Exhausted and stunned, the event leaves them dejected. Alhamza told me that that aspect of the story was not part of the original plan, but that eventually they felt that it was important to include it in the film because it exposes yet another battle these journalists have to face: Western Islamophobia.

ISIS thrives on Western Islamophobia. The more anti-immigrant hate, the better it is for their cause. And the more that the Western media portrays this as a battle between good and evil, the West versus Islam, the more it simply reinforces the ISIS narrative.

For Heineman it was critical to show how both ISIS and the anti-immigrant movement share a profound lack of empathy. “We are fighting the same enemy. We are on the same side in this battle against extremism and terrorism. We should be welcoming them with open arms," he said. "Instead the opposite is happening.”

Heineman suggests that his films are not overtly political, but when I asked him to think about whether building empathy for the members of RBSS may be one of its most political elements, he agreed. “There are so few portrayals of positive stories of moderate Muslim men," said Heineman. "Especially in this day and age when men like Aziz are not allowed into our country, it becomes ever more important to highlight their humanity and the fact that in the end they are very similar to us.”

5. The battle for Raqqa is only just beginning.

For Alhamza it is a huge relief that ISIS is no longer in control of Raqqa, but he insists that there is much work to do.  The departure of ISIS is only one small step in the overall battle to return the city to its former condition. Much of the city is littered with land mines. Almost all infrastructure is a shambles and the irrigation systems are out of service.

But it is not just the infrastructure that was destroyed; the people of Raqqa have suffered deeply. Only days ago, mass graves were discovered. Alhamza explains that everyone has lost loved ones and the collective sorrow is extreme.

Heineman notes that in Iraq and Afghanistan the strategy seemed to be “shoot first and ask questions later.” The problem is “We don’t think ahead. We don’t think about the next steps and that is how ISIS took hold. There was a vacuum in power. There was a lack of infrastructure. And people were suffering.” Ignoring the rebuilding effort is a recipe for more radicalization.

RBSS has various initiatives in place to support rebuilding. Apart from continuing to offer as much news coverage as they can, they hope to start an online program to educate more citizen journalists. They are working with kids to help reeducate them after years of ISIS indoctrination and they are assisting in the various efforts to rebuild the city.

Heineman points out that the real danger facing Raqqa is in celebrating a victory and then ignoring the very same people that we supposedly were there to help. “I feel that the film is a warning sign to that.”

“City of Ghosts” is more than a warning sign; it is an opportunity to rethink what it means to win the war on terror and a chance to redefine who we imagine as our allies in that fight.