After young progressives win local races in Kansas, there are hints of change in a red state 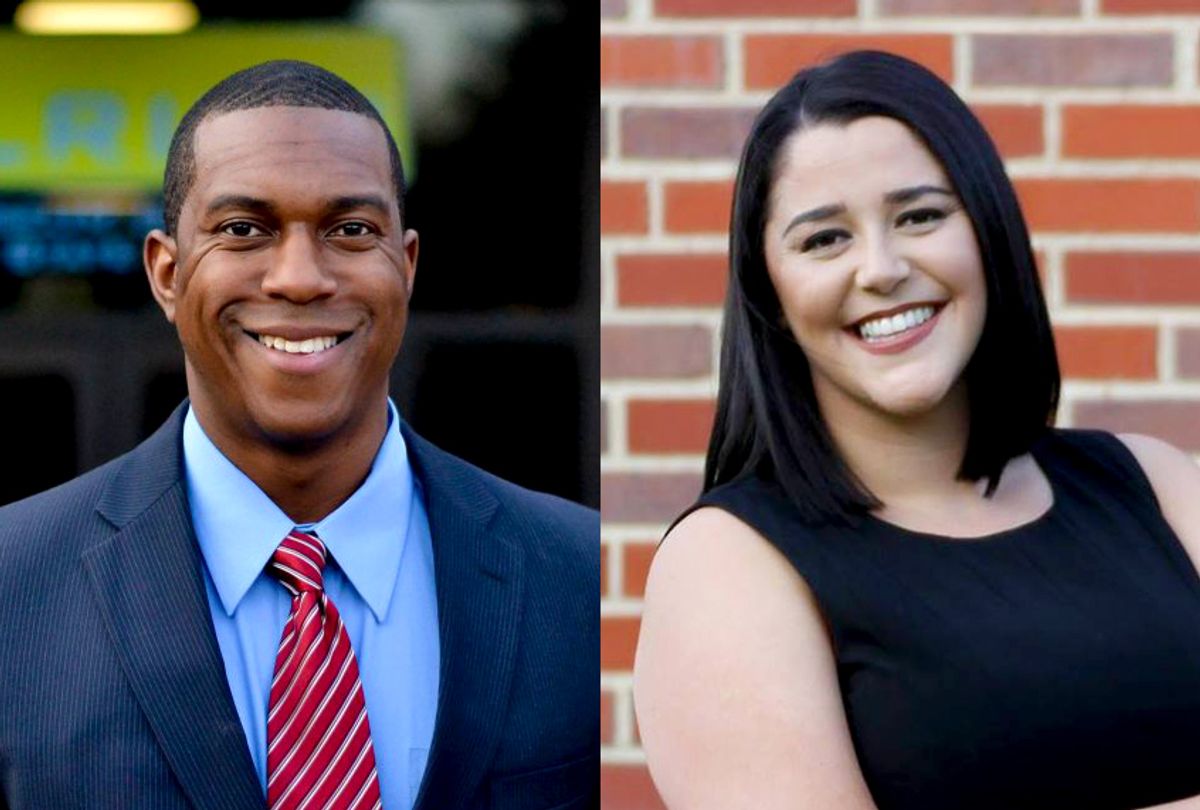 In recent months, political elections in Alabama and Virginia have captured major media attention. But as the nation’s focus has been on these contested and explosive elections, two Kansas public servants have been more quietly working towards change in their communities.

On November 7, Kansas voters elected Brandon Johnson to serve on the Wichita City Council for District 1 and elected Angela Becker to serve on the USD 373 Board of Education.

As political outsiders, their elections were watched closely. They both won by large margins, and represent a decisive shift in Kansas local politics.

“A lot of folks who never believed that a community activist could win, saw it happen. A lot of folks didn’t believe that someone who was 31 could win and become the youngest member of the council; it did.” Johnson said. “A lot of the perceived stereotypes that are out there were defeated on November 7.”

Although he was initially excited about his win, Johnson is looking forward to being sworn in January 8. Until then, he is having transition meetings with department heads. He has also requested the city’s budget and capital improvement budget for the year.

As Johnson works on transitioning, Becker is already serving as as a full member on the USD 373 Board of Education. The Board had a member resign early and said that they would appoint whoever came in first place to the school board early.

“I won on a Tuesday and I had to be to a meeting on Monday as an acting school board member.” said Becker.

Becker moved to Newton about a year ago and wanted to find a way be involved with her new community. She says that she felt some pushback because she is only 30 years old and does not have children yet.

“The school district and the schools affect our community and they shape the people that graduate and work in our community. It’s important even if you don’t have children but we are planning on having children soon,” said Becker.

Johnson also felt a similar amount of pushback about his history in community activism.

“I’m a community activist by trade. The media never let me get away from that and in some cases, it could be detrimental." But in this case a lot of people liked that title,” said Johnson. “The change I want to make is getting people more involved with government and the decisions being made. Boards that impact our community now that don’t have representation of young people or people of color will hopefully get more representation and participation.”

Becker shares similar sentiments. She was inspired to run after watching the 2016 presidential and state elections.

Johnson and Becker are both part of a shift in Kansas towards that diverse representation on the local level. Johnson hopes that young people will be more engaged in the next election by seeing a community activist like himself in local politics.

“The number one goal is to make sure that someone like themselves' voice is heard and they are treated as a human and that they matter. We can emulate that by going door to door or town halls or trying to reach out as much as possible, inviting people to the table,” said Johnson. “If I can emulate that, I think that changes a generation of young people to believe that they should speak up in their community and they should engage politically.”

Both encourage more people to connect with their communities and empower them to speak up. Johnson believes if that happens, then it becomes more about taking care of people and pushing Kansas in a more progressive direction. Becker also hopes for more support for Kansas politicians.

“I think that people write off flyover states as red, that they are a lost cause, don’t even try. I was disappointed when the Democratic party didn’t really support James Thompson in the special election,” said Becker. “It’s not good. I feel like if we can support candidates everywhere, then we have a better chance everywhere to win and to make a difference.”