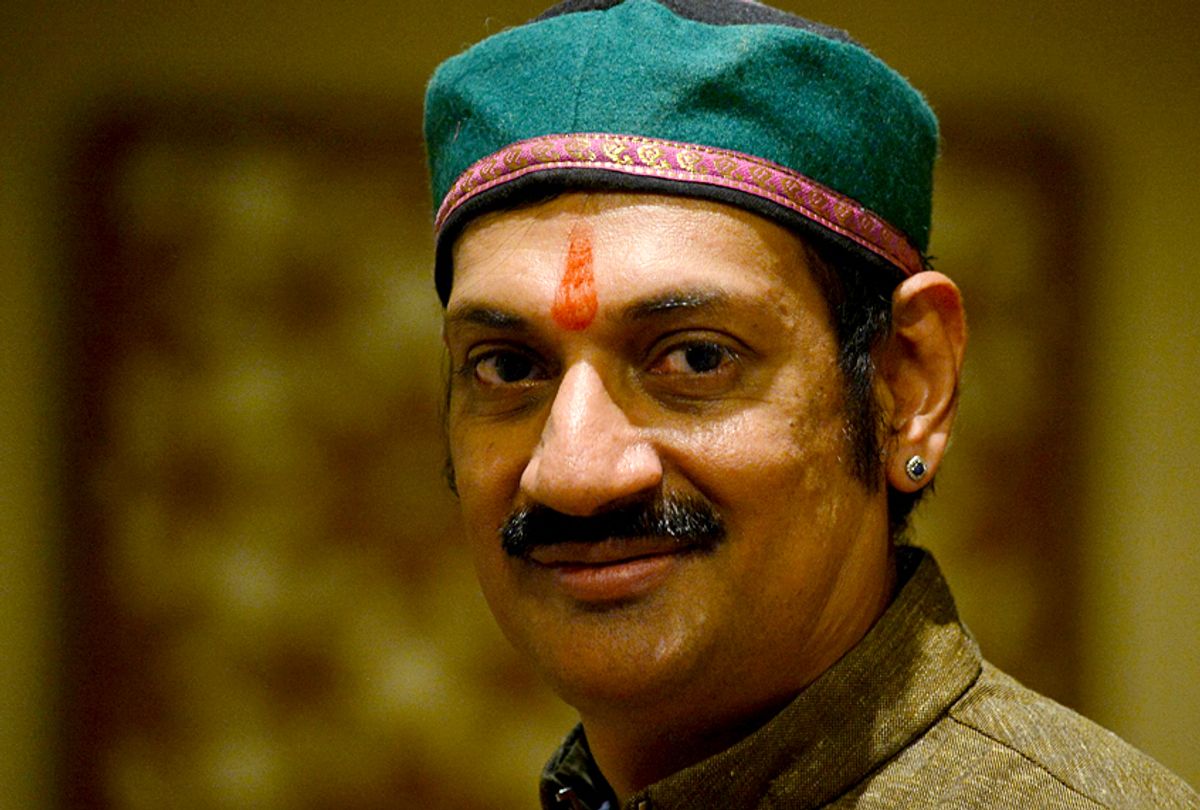 Prince Manvendra Singh Gohil, India's only openly gay prince, is turning his palace into a safe haven for the LGBT community.

"Defying his parents, who disowned him after he came out publicly over a decade ago, Singh has opened his 15-acre palace grounds to LGBT people and their allies in a country where sexual activity between people of the same gender is illegal," The International Business Times reported.

Since Prince Manvendra publicly came out in 2006, he has fought for LGBT rights in India and around the world. He has since started a charity for LGBT people, Lakshya Trust. Transforming his palace to a center for that community seems to be an extension of this work.

IBT reports that two members of the LGBT community already live in Prince Manvendra's palace, the manager, who is openly gay, and an American trans women. The prince has commissioned the building of more bedrooms to accommodate future guests.

Even though Prince Manvendra was disowned by his royal family for being open about his sexuality, he told IBT: "If I could undergo these problems then any other gay person could face a similar situation."

In India we have a family system and we are mentally conditioned to be with our parents. The moment you try to come out you are told you'll be thrown out and society will boycott you. You become a social outcast. A lot of people are financially dependent on their parents.

I want to give people social and financial empowerment, so eventually people who want to come out won't be affected. They will have their own social security system. It won't make a difference if they are disinherited.

Prince Manvendra explained that, while growing up, he was confused about his sexuality and attraction to members of the same sex. Initially, he decided to suppress his desires and marry Chandrika Kumari, princess of the Jhabua state in Madhya Pradesh. They divorced a year later, in 1992. He told IBT that his parents once sought a medical "fix" for his sexuality.

"Unfortunately for them the doctors were sensitised [sic] to these issues and tried to explain they were wasting their time," he said. "People lack knowledge," he continued. "Even educated people like my parents, who are both university graduates, weren't educated on homosexuality."

Prince Manvendra claims that the scrutiny and criminalization of LGBT people in India is a colonial holdover, saying that, 70 years past independence, it's time for the country to eliminate its 150-year-old penal code outlawing same-sex relations.

"It has no logic," he said. "We have had independence for 70 years and the UK has done away with it and we are continuing with it."

His advocacy isn't intended to be to local, though. "My mission is to go global and go wherever I'm invited, mainstreaming the cause," he told IBT. "Gay rights are human rights. We won't win this fight if I corner myself to a national level. This has to be global."