Already crippled by the weather, a burst pipe caused further delays at the beleaguered airport 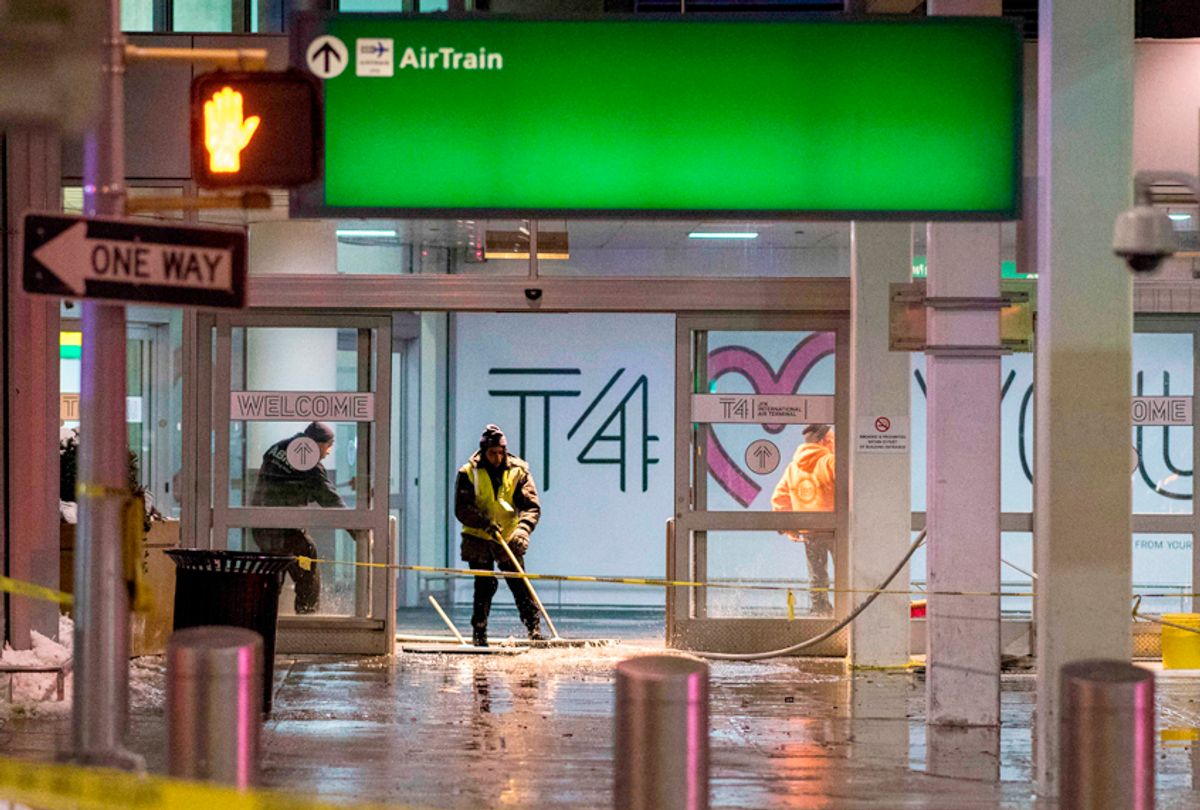 Many flyers were already experiencing delays due to the aftereffects of a blanket of snow that swept into the city on Thursday, as well as the brutal cold that settled on the area due to what meteorologists ominously called a "bomb cyclone." Temperatures outside the airport hit a high of 18 degrees Fahrenheit (-7 Celsius) with a low of 5 Fahrenheit (-15 Celsius), relatively bone-chilling levels for the area that slowed work across the busy airport.

As well, a Kuwait Airways jet collided with a China Southern plane while both taxiing on the runway. Though there were no injuries reported on either aircraft, the accident, coupled with the effects of the weather, kicked up a storm of delays.

Throughout the weekend, flyers found themselves either trapped in their terminals awaiting boarding or stalled on the tarmac before take off or deboarding. Having landed, one plane didn't deboard for hours, prompting passengers to call 911 and threaten to break open the emergency exit.

But the best (or worst) news of the weekend came out of the airport's Terminal 4, where a pipe burst, sending water cascading from the ceiling over the baggage-claim area, flooding the building and, yes, causing even more backups for weary travelers just waiting to be anywhere but JFK.

Apparently caused by the weather, the burst pipe forced airlines to divert traffic to the terminal, delayed landings and saw passengers ferried to other terminals to get their luggage. In a statement, Port Authority Executive Director Rick Cotton said, "What happened at JFK Airport is unacceptable, and travelers expect and deserve better."