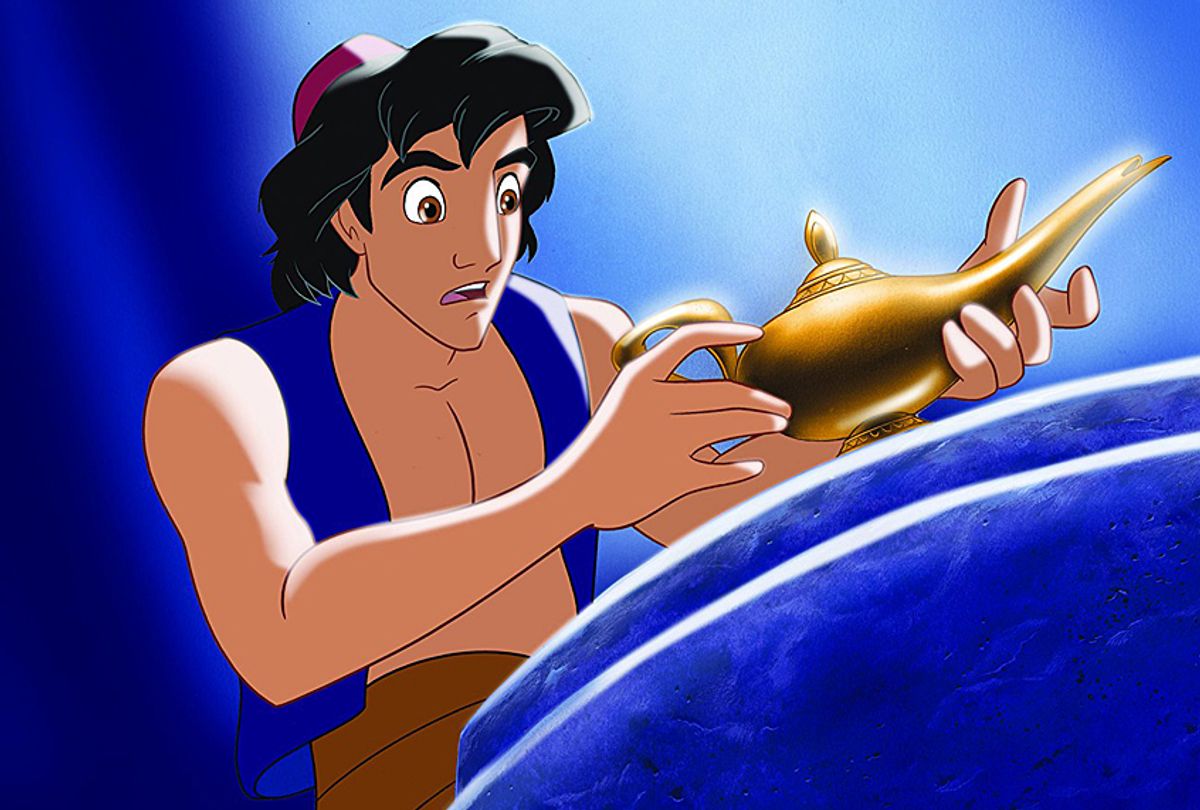 Disney has come under fire after it was reported that during the filming of the live-action remake of "Aladdin," the members of the production crew have been "browning up" white extras to simulate an South Asian ethnicity.

Disney admitted to the Sunday Times that "it resorted to darkening white people for roles requiring skills that could not be readily found in the Asian community, such as stunt men, dancers and camel handlers," the publication reported.

The movie, starring Will Smith and directed by Guy Ritchie, is currently being filmed at Longcross Studios in Surrey, which is 30 miles from London and, as the Times reported, close to a sizable South Asian community.

The backlash has been so intense that Disney responded, though its statement didn't do much good. "Great care was taken to put together one of the largest most diverse casts ever seen on screen," a Disney spokesperson said. "Diversity of our cast and background performers was a requirement and only in a handful of instances when it was a matter of specialty skills, safety and control (special effects rigs, stunt performers and handling of animals) were crew made up to blend in."

The "browning" of white actors was revealed after extra Kaushal Odedra spoke to the Times about his experience on set. He said he saw as many as 20 "very fair skinned" actors in line "waiting to have their skin darkened." He continued, "Disney are sending out a message that your skin colour, your identity, your life experiences amount to nothing that can be powered on and washed off."

As the story developed, Odedra also spoke to the BBC and said, "Aladdin was the perfect time to show diversity but also be accurate." He added, "they're being out of touch with what's going on around them."

Actor Kal Penn expressed his disappointment with Disney's decision on Twitter, saying, "I love @Disney so much. But when a PR person says they decided to put 100 people in Brownface in 2018 because not enough of us are qualified, that’s bs, someone just didn’t want to spend the $ to do it right. Let’s all expect more & do better this year."

This isn't the first time the "Aladdin" film has come under scrutiny for "white washing" its characters and storyline. When the company first announced Naomi Scott as Jasmine, many people on social media expressed frustration that the part was not given to an Arab actor. Scott is British and Indian, and some on Twitter suggested Disney didn't know the difference or care to differentiate between Indian and Middle Eastern heritages.