When asked about his previous comments about politicians being burned, Pete Hoekstra ignored Dutch reporters 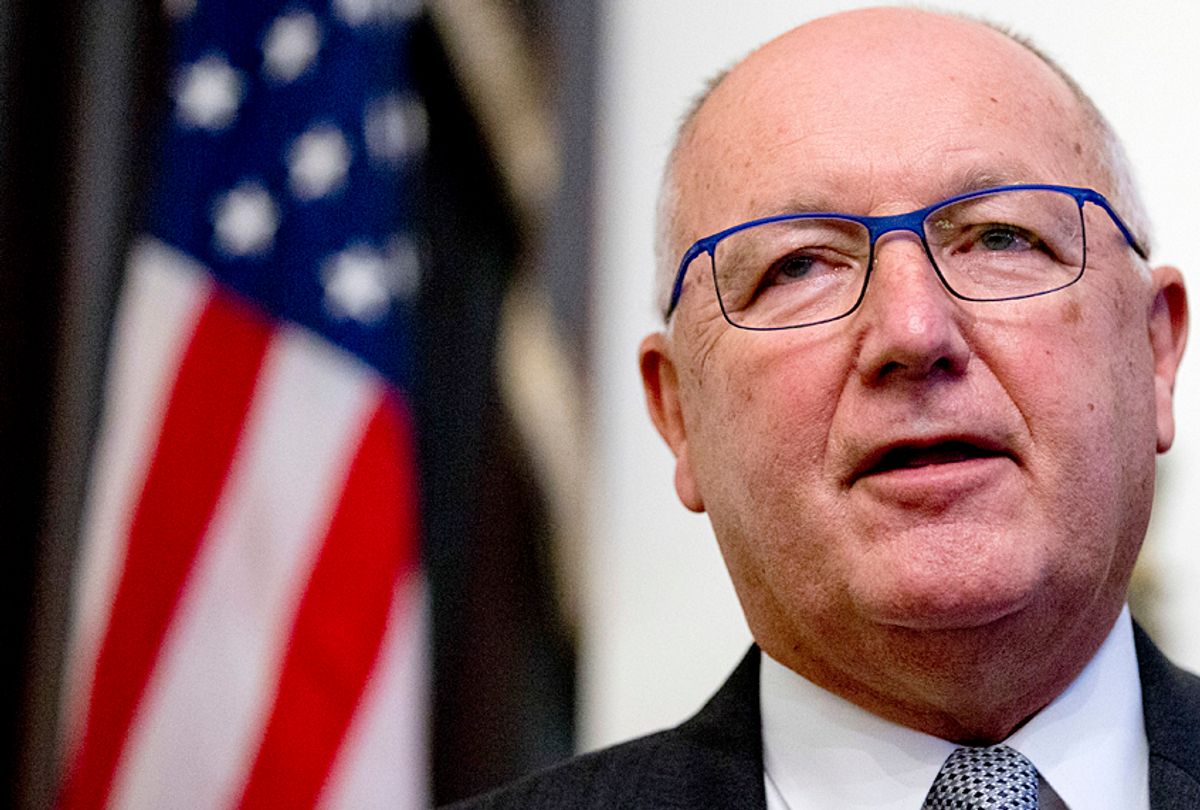 America's ambassador to the Netherlands, Pete Hoekstra, has been refusing to answer questions from Dutch reporters on Wednesday about some false comments he's been making about Muslims — and the media isn't forgetting.

Hoekstra's first false comments were made in 2015, when the former Michigan congressman said the "Islamic movement" has sent Europe into "chaos," adding that cars and politicians were being burned inside the Netherlands.

After Hoekstra presented his credentials to Dutch King Willem-Alexander Wednesday, he refused to address questions by reporters who sought clarification on his previous incendiary comments.

Hoekstra seemed to think he could stare blankly at reporters and simply not answer, but they let him know that wasn't acceptable in their country.

"I'm not revisiting the issue," Hoekstra said, when asked if he still believed his 2015 comments.

"This is the Netherlands, you have to answer questions," one reporter cried out. Another asked, "Would you please take back your remark about burned politicians, or name a politician that was burned in the Netherlands."

"Why don't you answer the question?" several reporters chimed in.

Hoekstra has a long and well-recorded history of making inflammatory, often false, anti-Muslim statements. He has repeatedly asserted that Europe has "no-go zones."

CNN elaborated on some of Hoekstra's past:

A KFile review of Hoekstra's time with the group reveals he claimed on multiple occasions that there are "no-go zones" in European cities and speculated as much as 15% of Muslims are extremists, a number that totals 270 million. He also promoted conspiracy theories asserting longtime Hillary Clinton aide Huma Abedin had connections to the Muslim Brotherhood and said he considered the possibility that then-President Barack Obama was allowing radical Islam to proliferate on purpose.

Hoekstra was also a frequent guest on a radio program hosted by Frank Gaffney, an anti-Muslim conspiracy theorist based in Washington who warns of the "creeping" influence of Sharia law worldwide.

The exchange goes to show that the Trump-nominated Hoekstra is hardly a good fit for the Netherlands, and his views on gay marriage, abortion and immigration also vastly contrast with Dutch views, The Washington Post reported.

Last month, Hoekstra even attempted to tell a Dutch journalist that his 2015 comments never happened and were instead "fake news."

Just perfect.
Dutch journalist to new US Ambassador: you said there were 'no go zones' in Netherlands, where are they?
Ambassador: That's fake news, I didn't say that
Journalist: We can show you that clip now.
Ambassador: Err pic.twitter.com/8ohIOzmYAc