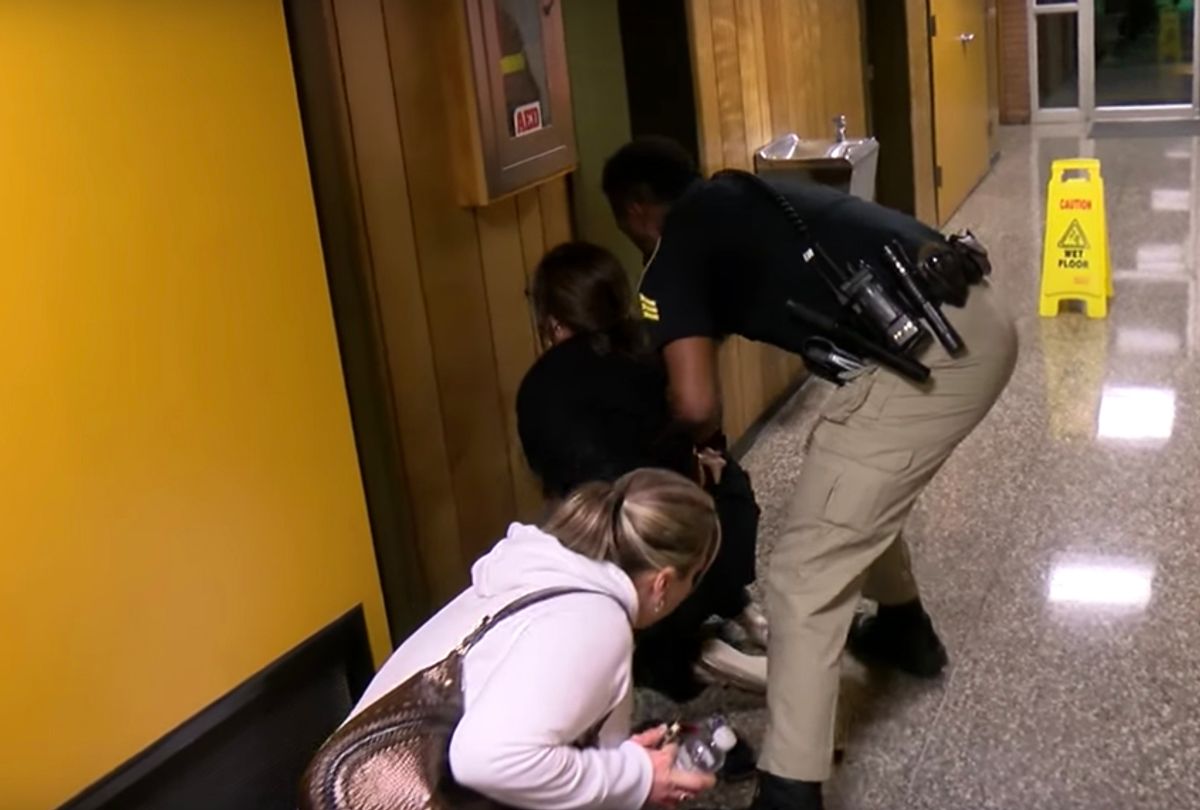 A Louisiana teacher was escorted out of a school board meeting and arrested on Monday night after questioning why the school district's superintendent was positioned to receive a pay raise, according to multiple news reports.

Deyshia Hargrave raised her concerns at the meeting and said, "You're making our job even more difficult," CNN reported.

"A superintendent or any person in a position of leadership getting any type of raise, I feel like it's a slap in the face to all the teachers, cafeteria workers, and any other support staff we have," Hargrave added. "It's absurd that we're even considering giving someone a raise when these teachers are working this hard and not getting a dime."

Hargrave then asked, "How are you even going to take a raise?" NPR reported. "It's basically taking our money."

Hargrave was then approached by a deputy city marshall, paid by the school board, and asked to leave. "You're going to leave or I'm going to remove you. Take your things and go," the officer said, NPR reported. She walked out of the room and moments later video footage shows her on the ground with the officer placing her in handcuffs. However, no charges will be filed against Hargrave, a language arts teacher at Rene Rost Middle School.

Some of Hargrave's comments were caught on video as she was arrested. She could be heard screaming, "What are you doing?" as the officer placed her in handcuffs and escorted her out of the building. It's still not yet clear if the officer acted on his own doing, or was told to make Hargrave leave by the school board, CNN reported. She will not face charged, the prosecutor told CNN.

One school board member, Laura LeBeouf, expressed discontent with the way the situation was handled.

"What happened here tonight -- the way that females are treated in Vermilion Parish ... I have never seen a man removed from this room," she told KATC. Women who speak out have been asked on several occasions to leave, while men who have acted similarly have not, KATC reported.