The White House tried to omit Trump's DACA concession, and was called out for it 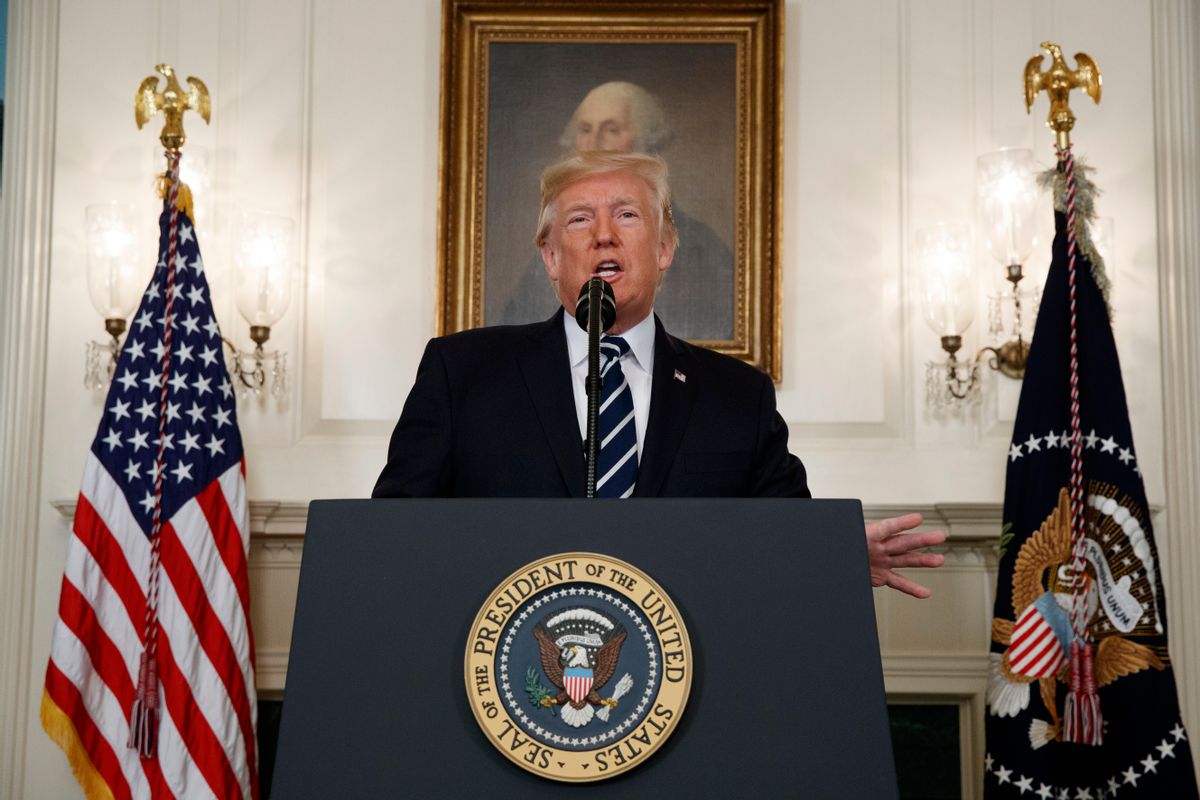 President Donald Trump's 55-minute televised meeting on immigration with bipartisan lawmakers on Tuesday gave the public a raw look into the president's negotiating tactics and understanding of public policy. Too much so, however, because one disjointed moment stood out the most — and now the White House is trying to act like it never happened.

During the meeting, Sen. Dianne Feinstein, D-Calif., proposed a "clean" DACA bill which would protect undocumented immigrants brought to the U.S. as children, and Trump shockingly agreed outright. The optics weren't good for the president, because he has repeatedly said a DACA solution will only happen if paired with security measures for the U.S-Mexico border, meaning his promised so-called wall. If not for the interjection of House Majority Leader Kevin McCarthy, R-Calif., Trump would have handed Democrats a major win with little effort.

Ultimately, the meeting concluded with a two-phase solution that pairs a DACA bill with funds for the wall and punts comprehensive immigration reform to Congress at a later date.

But the White House recognized the poor light it shined on Trump and his ability to negotiate, as well as understand the intricacies of shaping policy, so the exchange that included Trump's "clean" DACA agreement was initially omitted from the official White House transcript of the meeting.

The White House has since issued a correction that now includes Trump's words on the matter.

While these instances could seem like a nitpick, it plays to a larger issue of the White House discreetly attempting to save face and cover for a president that has still not fully grasped the ins and outs of governance because of his lack of prior experience. It also sets a dangerous precedent moving forward and damages the already battered credibility of the administration. Trump wanted Tuesday's meeting televised; he wanted to defend recent concerns over his mental stability and wanted to prove he was capable of hammering down a deal to please all participants. At face value, the transparency is almost commendable in some regards, until the deception sets in.

An omission of the president's words, just to make him look as if he didn't concede on — or understand — a key promise, begs many questions about other ways the administration can attempt to spin Trump's image and his grasp on policy. It's something that was causing people to ask another question about the president's mental state.