Allegations against the actor surfaced during his Golden Globe win, and now, 5 women have publicly come forward 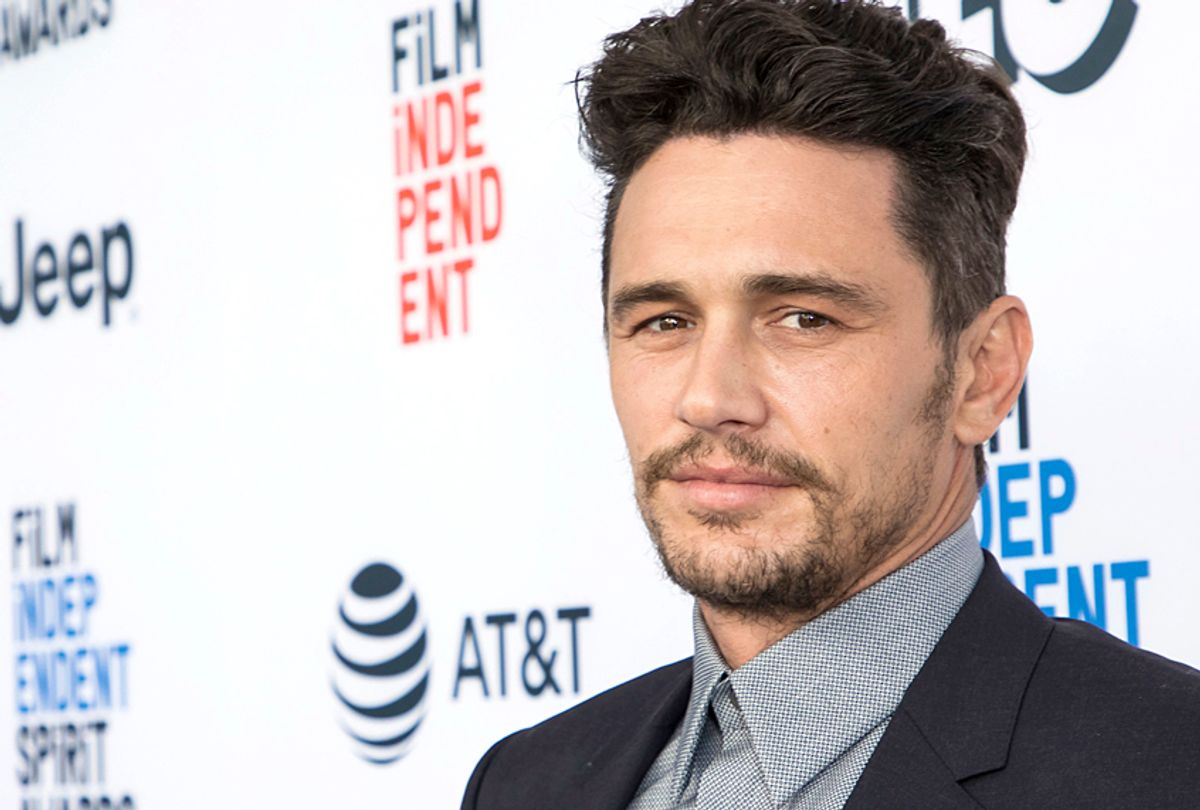 James Franco reiterated to Seth Meyers Wednesday night that the allegations that surfaced on Twitter during the Golden Globe Awards ceremony Sunday were "not accurate." It's a talking point he offered to Stephen Colbert the night before. But Franco said to Meyers that above all, he believes in this movement and doesn't plan to "actively refute" the claims against him.

Meyers then pressed Franco on whether he did, or planned to, reach out to Ally Sheedy. Franco directed an off Broadway play that she was a part of in 2014, and on Sunday during the awards show, she fired off a series of fairly cryptic, but pointed tweets at Franco, including one that listed his name and the hashtag: #MeToo. She deleted the tweets shortly afterwards.

"I had a great relationship with her," Franco told Meyers of his stance on the matter and why he hasn't reached out. "She took the tweet down, I don't know, I really don't . . . " Franco trailed off. "It was so shocking, I don't know . . . I guess I'm just letting it be."

Franco concluded his comments on the allegations against him by saying that regardless if he is being implicated in the crossfires, he believes these stories need to be heard. "There are stories that need to get out," he told Meyers. "There are people that need to be heard. I have my own side of this story, but I believe in these people that have been underrepresented getting their stories out enough that I will hold back things that I could say just because I believe in it that much. And if I have to take a knock because I’m not gonna try and actively refute things, then I will, because I believe in it that much."

It's an odd thing to simultaneously refute and not refute, to disbelieve and not believe — something that may become more difficult following a new series of accusations published after the actor's appearance Wednesday night. Thursday, The Los Angeles Times published an exposé titled "Five women accuse actor James Franco of inappropriate or sexually exploitative behavior." Four of the women were students of Franco's and another his mentee, the Times reported.

"I feel there was an abuse of power, and there was a culture of exploiting non-celebrity women, and a culture of women being replaceable," actor Sarah Tither-Kaplan told the Times. She was one of the women who tweeted accusations against Franco during his Golden Globe win on Sunday. "She told the Times that in a nude orgy scene she filmed with Franco and several women three years ago, he removed protective plastic guards covering other actresses’ vaginas while simulating oral sex on them," the Times reported. Franco’s attorney told the Times, "the allegations about the protective guards are not accurate."

Hey James Franco, nice #timesup pin at the #GoldenGlobes , remember a few weeks ago when you told me the full nudity you had me do in two of your movies for $100/day wasn't exploitative because I signed a contract to do it? Times up on that! — Sarah Tither-Kaplan🌈 (@sarahtk) January 8, 2018

Hey James Franco, now that you have a Golden Globe why don't you give speaking roles that don't require nudity in your upcoming films to the dozens of women who have done full nudity + sex scenes in your indie films and art projects?

Two other student actors told the Times that Franco became "visibly angry" and stormed off of a set when both women refused to appear topless in a scene. Franco's attorney denies that he made that request. Violet Paley, another woman who tweeted accusations Sunday night told the Times that Franco pressured her into performing oral sex. "I was talking to him, all of a sudden his penis was out," she said. "I got really nervous, and I said, 'Can we do this later?' He was kind of nudging my head down, and I just didn’t want him to hate me, so I did it." Franco's attorney told the Times the allegation is "not accurate."

Cute #TIMESUP pin James Franco. Remember the time you pushed my head down in a car towards your exposed penis & that other time you told my friend to come to your hotel when she was 17? After you had already been caught doing that to a different 17 year old? — Violet Paley (@VioletPaley) January 8, 2018

On Tuesday, Paley tweeted that several weeks ago, Franco called her and some other women to offer an "overdue, annoyed, convenient" apology. "I don't accept," she added, but she suggested he donate "all of his earnings from 'The Disaster Artist'" to RAINN.

In 2014, Franco was exposed for trying to hook up with a 17-year-old girl via Instagram. After the flirtatious messages went public, where Franco asked if he should rent a hotel room and the girl revealed that she wasn't yet 18, Franco addressed the scandal on ABC's "Live! With Kelly and Michael," telling the hosts, "I'm guess I'm, you know, embarrassed, and I guess I'm just a model of how social media is tricky." He added, "I used bad judgement and I learned my lesson." Franco was 35 at the time.