According to a shocking report, Trump wants more people from “countries like Norway” and fewer from Haiti 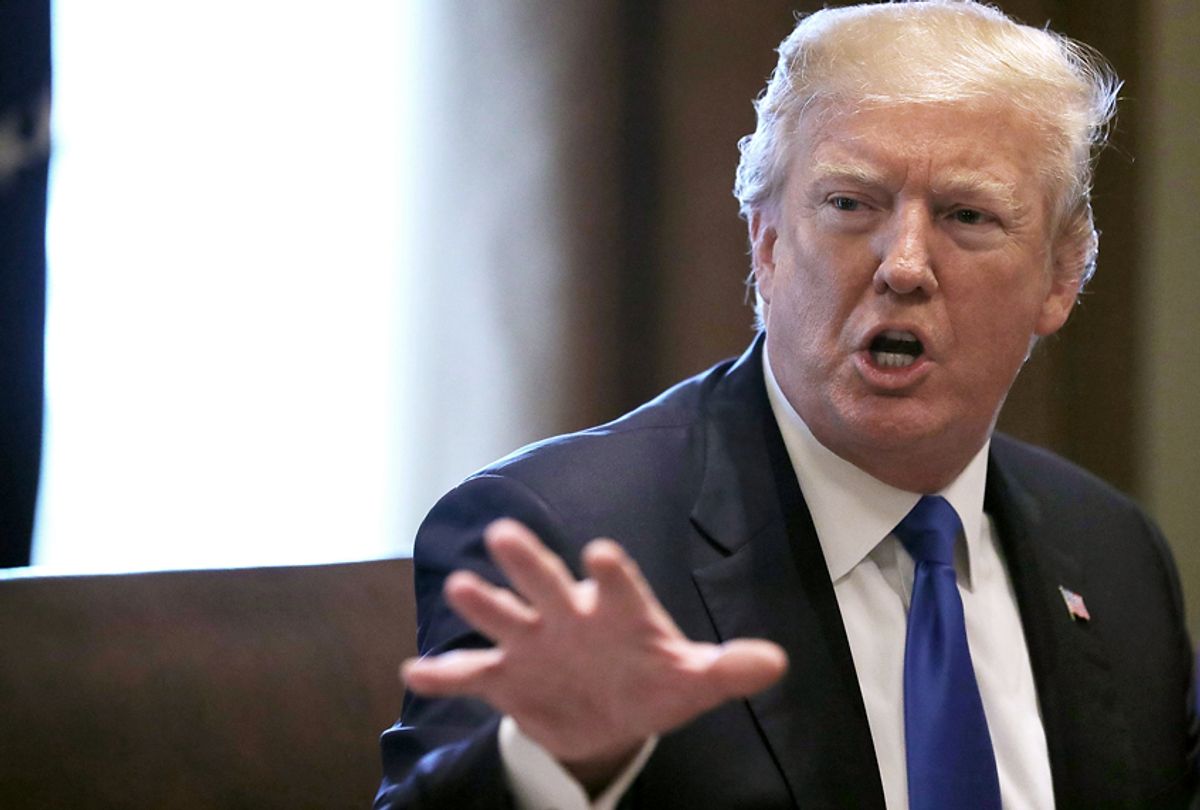 The Washington Post reports that in a Thursday Oval Office meeting with lawmakers, Trump grew “frustrated” when they discussed how to restore immigration protections for immigrants from Haiti, El Salvador and African countries, which could form part of a much-speculated bipartisan immigration deal. Two people who were briefed on the meeting told the Washington Post that Trump asked: “Why are we having all these people from s**thole countries come here?”

According to the report, Trump went on to suggest that the U.S. should bring more people from countries “like Norway”—whose prime minister he met with on Wednesday.

Democratic lawmakers in the meeting were “taken aback” by Trump's comments, according to the report. The report also says that two senators in attendance, Lindsey Graham (R.-S.C.) and Dick Durbin (D.-Ill.), also suggested “cutting the visa lottery program by 50 percent and then prioritizing countries already in the system."

Though the meeting was supposed to be part of an attempt to reach a bipartisan immigration deal, reportedly there was no movement on such a deal. The meeting was “impromptu” and followed morning phone calls, The Post says.

The White House issued a response to the "s**thole" comment, though as of press time, did not formally deny that he said it.

It’s been quite the week for Trump on immigration front. On Monday, the Trump administration revoked temporary protective status granted to 200,000 Salvadorans living and working in America for 17 years. Yet on Tuesday, Trump publicly spoke of wanting an immigration "bill of love” in a meeting about the Deferred Action for Childhood Arrivals (DACA) program. But then on Wednesday, around 100 7-Eleven stores nationwide were targeted by immigration agents—which appeared to the largest crackdown on a single company since Donald Trump took office.

Likewise, Trump's lack of understanding of immigration policy generally suggests President Trump doesn’t comprehend the history of immigration in America. Trump has never been to El Salvador or Haiti, and has spent little time in African countries; it seems less likely any would welcome him now, nor should they.