Amazingly, a social-media battle over the list of "sh***y men" utterly fails to undermine the #MeToo movement 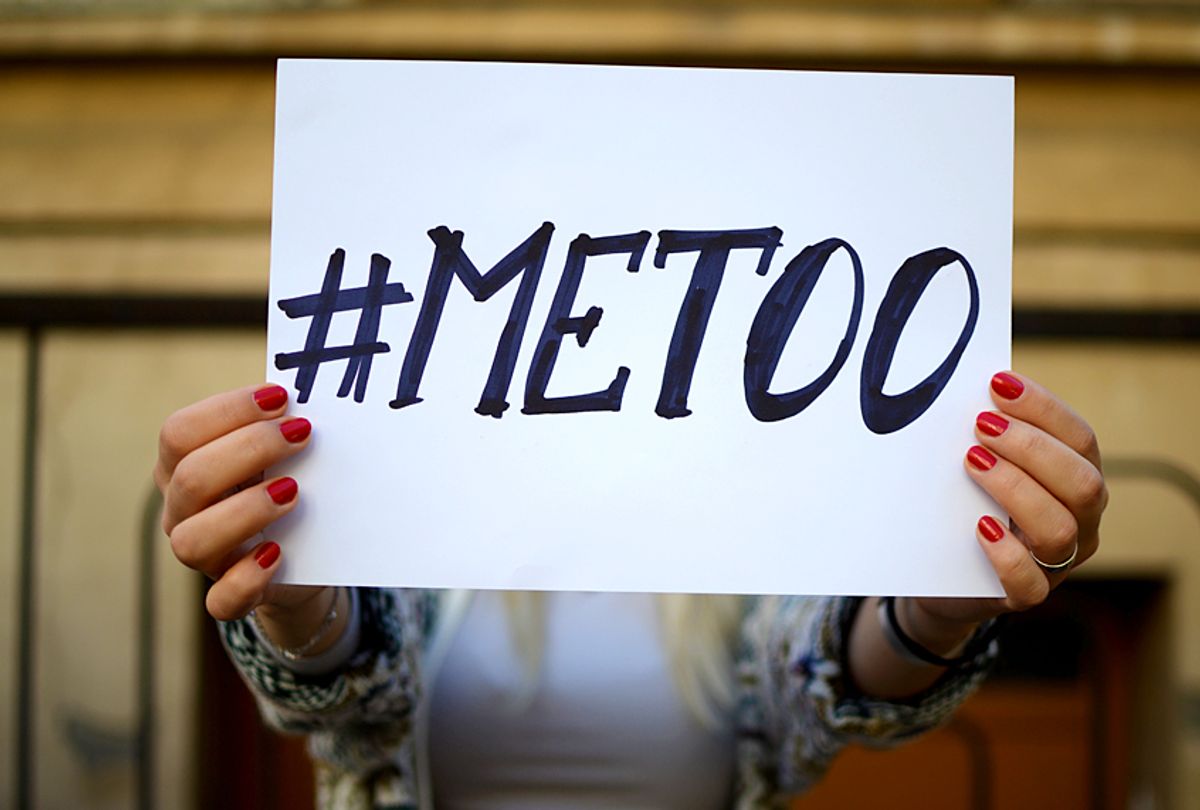 Months into the #MeToo movement, most feminists I know are still waiting for the other shoe to drop. Few people will speak out loud a desire for a backlash that will shut down this moment of women's truth-telling about sexual abuse, but one can feel that desire gathering like a cloud, growing denser every day.

It's a miracle, really, that it hasn't happened yet. Women are people, after all, and so there are plenty of us who are hysterical or duplicitous. All it would take is one woman leveling a false accusation, or taking innocent flirting out of context, to constitute "proof" enough that women cannot be trusted and that the whole thing was a witch hunt. Yet as the weeks roll by and the number of men accused grows into what is likely the thousands now, all efforts to end the #MeToo movement have so far failed.

This week, an apparent effort to kickstart the backlash seems to have flamed out spectacularly, after it was leaked on Twitter that writer Katie Roiphe — who made her name using cherry-picked anecdotal evidence and misogynist stereotypes to undermine the anti-rape movement — planned to publish a piece on the #MeToo movement for Harper's. Rumor was that Roiphe planned to out a woman who started the "Shitty Media Men" list in October, an open-source spreadsheet that invited women to share stories of abusive behavior at the hands of men in the journalism industry.

Anger rapidly spread online, with calls for advertisers and writers to pull out from Harper's. Roiphe and staff members at the magazine got huffy, identifying themselves as victims of "Twitter hysteria" and denying that they had ever intended to name the woman behind the list.

From the beginning there was something off about these denials. Jaclyn Peiser of the New York Times wrote that Roiphe "said that she herself did not know the identity of the person who had started the list." But Peiser also reported that Harper's had emailed a woman "widely believed" to be the creator of the list — which would have impossible if her identity was unknown to Roiphe. Then the woman who says she created the list, Moira Donegan, came out publicly in a riveting essay for the Cut, in which she confirmed that both Roiphe and a Harper's fact-checker had emailed her seeking comment.

At this point, Roiphe's explanation shifted a bit. She admitted on Twitter to emailing Donegan, saying she suspected Donegan was behind the list and was "testing that premise." Technically, then, Roiphe hadn't lied in telling the Times she didn't know it was Donegan, because she wasn't absolutely certain.

That excuse is pretty slippery. Roiphe could simply have admitted that she had reached out to the alleged author and gotten no confirmation. Instead she leaned heavily on ambiguity -- what does it mean to "know" anything, really? -- in order to confuse the issue.

The contrast between Donegan's essay and Roiphe's behavior is profound. In her essay, Donegan exposes her thinking, admits to the naïveté that led to publishing the "Shitty Media Men" list in the first place and confronts the criticisms of the list with honesty. Roiphe's article has yet to be published, but it's hard to imagine that there's much she could do, at this point, to salvage this situation. This was the most significant effort to date to instigate a backlash to the #MeToo movement, and it died an ignoble death.

From the beginning, the main concerns swirling around the "Shitty Media Men" list, and the #MeToo movement generally, have revolved around the question of honesty. We are reminded on a daily basis that women can lie, a sentiment often expressed as if feminists had ever posited otherwise. But the real fear is that women as a group are devious, prone to exaggerating victimhood to gain sympathy.

Roiphe made her reputation on a 1993 book called "The Morning After: Sex, Fear and Feminism on Campus," which was largely based on that premise. She used a handful of examples of individual dishonesty to characterize the entire anti-rape movement as flimflam created by hysterical, sex-hating feminists. I can't be the only woman enjoying the irony here: The person whose honesty has been called into question in this case is Katie Roiphe.

Ever since the "Shitty Media Men" list came out, much of the discussion has been focused on people's concerns that a woman might lie about a man who had done nothing wrong and get away with it. But, as Donegan reminds us in her piece, the "Shitty Media Men" list, as a document, describes some harrowing behavior: Multiple instances of rape, physical abuse, stalking and aggressive workplace harassment. Women shouldn't get away with lying any more than men should, of course. But it's interesting that there has been more discussion about that abstract possibility than about the concrete accusations of terrifying abuse, with very little in the way of consequences for the alleged offenders, described in the document.

It feels a bit like luck that the Roiphe-Harper's backlash attempt seems to have backfired so spectacularly. It's easy to imagine a situation where Roiphe had been more forthcoming with the New York Times, and then had successfully or partially redirected the public conversation away from pressing concerns about sexual abuse and toward the hypothetical possibility that some women are exaggerating or outright lying. But right now, at least, it seems as if #MeToo has shaken off another hater and will continue marching onward.