Take note: This is how you publicly address being connected with the director 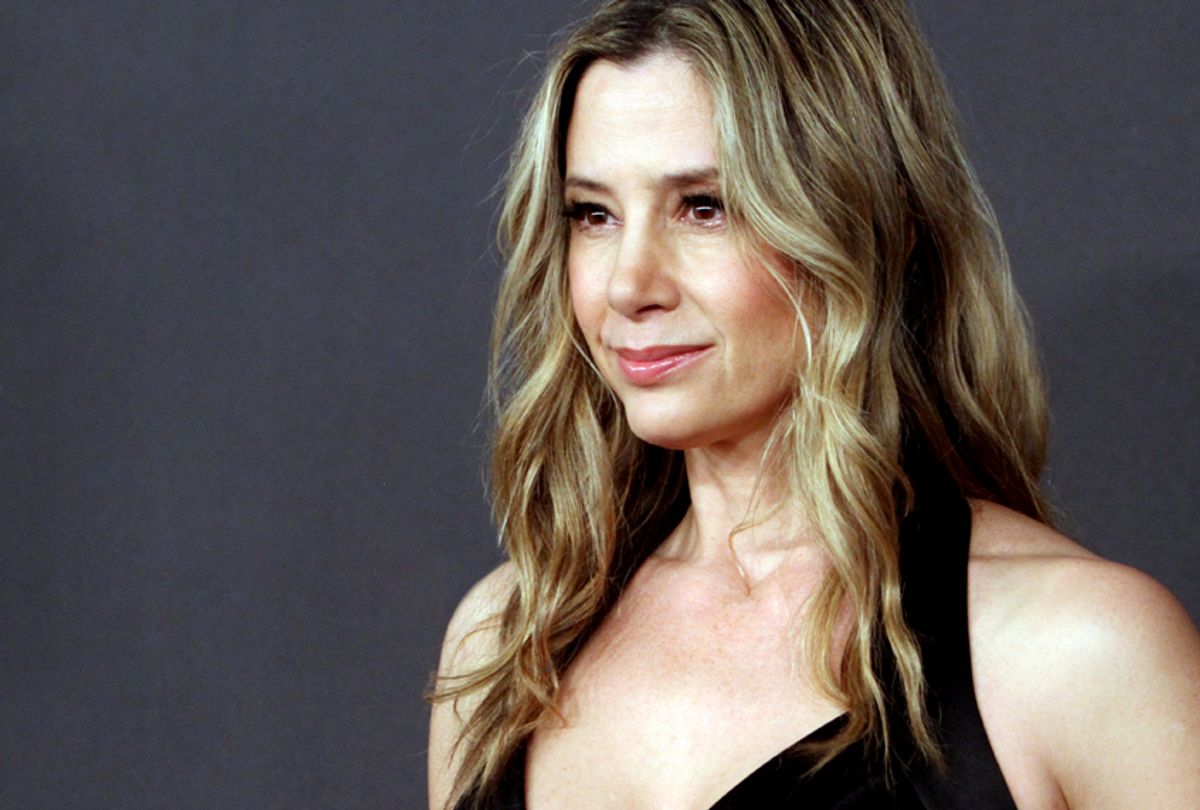 Thursday, HuffPost published an open letter of support from actor Mira Sorvino to Dylan Farrow, Woody Allen’s adoptive daughter who has accused the filmmaker of sexually abusing her as a child. Sorvino starred as Linda Ash in Allen's 1995 film "Mighty Aphrodite," a role for which she won the Academy Award for Best Supporting Actress.

"I apologize for this being the first time I address you in print, what will be the first of several apologies today," Sorvino wrote. "I am writing to express my belief in and support of you."

She added, "I confess that at the time I worked for Woody Allen I was a naive young actress. I swallowed the media’s portrayal of your abuse allegations against your father as an outgrowth of a twisted custody battle between Mia Farrow and him, and did not look further into the situation, for which I am terribly sorry. For this I also owe an apology to Mia."

Sorvino goes on to explain that she directed her attention to Farrow’s allegations after speaking with her brother, Ronan Farrow, when she came forward about Harvey Weinstein.

In December I called your brother Ronan, sharing about the aftermath of my and other women’s coming forward about Harvey Weinstein. How it had been a sometimes empowering, sometimes bitter and heartbreaking experience, as more and more details came out of hidden damage this man had done me. Of how I felt somehow more vulnerable and triggered (though certainly grateful) when millions of people showed me their support online, as though now my life had been reduced to one victimization . . . I told him I wanted to learn more about you and your situation. He pointed me toward publicly available details of the case I had ruefully never known of, which made me begin to feel the evidence strongly supported your story. That you have been telling the truth all along.

I am so sorry, Dylan! I cannot begin to imagine how you have felt, all these years as you watched someone you called out as having hurt you as a child, a vulnerable little girl in his care, be lauded again and again, including by me and countless others in Hollywood who praised him and ignored you. As a mother and a woman, this breaks my heart for you. I am so, so sorry!

She ends the letter with kinds words, sending Farrow “love and inclusion” and saying, “I believe you!!!”

In December, Farrow wrote an op-ed in the LA Times asking, "Why has the #MeToo revolution sparred Woody Allen?," a question many have been wondering. As the reckoning has ensued in Hollywood, ousting many high profile artists for their wrongdoings, Allen — who has been facing sexual abuse allegations for years —appeared to remain untouched.

In the op-ed, Farrow once again shared the troubling details about an alleged encounter with Allen dating back to when she was 7-years-old. She also called out actresses including Kate Winslet, Blake Lively and Greta Gerwig for working with Allen despite her allegations and supporting him or deflecting questions whenever the issue has been brought up with them by members of the press.

"Why is it that Harvey Weinstein and other accused celebrities have been cast out by Hollywood, while Allen recently secured a multimillion-dollar distribution deal with Amazon, greenlit by former Amazon Studios executive Roy Price before he was suspended over sexual misconduct allegations," Farrow wrote.

Since then, Greta Gerwig has expressed regret about her connection with the direction, telling The New York Times that she wouldn’t work with Allen again. "If I had known then what I know now, I would not have acted in the film. I have not worked for him again, and I will not work for him again," Gerwig said. Gerwig, whose "Lady Bird" won Best Musical or Comedy Motion Picture at Sunday's Golden Globe Awards ceremony appeared in Allen's "To Rome With Love" in 2012.

Long before the #MeToo movement began, and when Allen was nominated for an Oscar, Farrow spoke out against him in excoriating language in a 2014 open letter published in the Times . "Woody Allen is a living testament to the way our society fails the survivors of sexual assault and abuse," Farrow wrote.