Returning "Roseanne," and Roseanne Barr, to TV: It's complicated

Reviving ABC's legendary sitcom is a no-brainer, if you can forget the horrendous reputation of its star 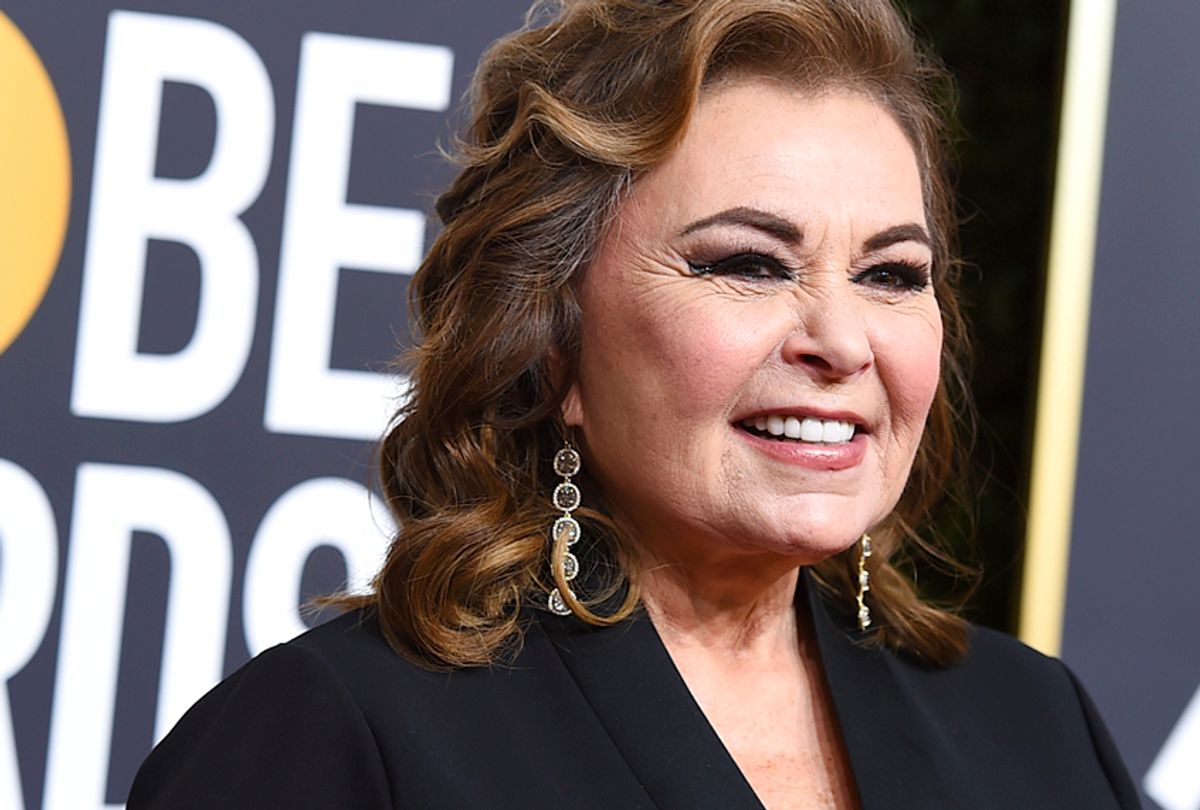 In April 2017, when ABC announced the return of “Roseanne” to its lineup, few people audibly questioned the wisdom of such a decision. Never mind that when it finally debuts in March, nearly 21 years will have passed since after the original went off the air, not to mention the three decades that has transpired between the original’s debut and the revivals.

Never mind that in the end, Roseanne Conner’s husband Dan (played by John Goodman) was revealed to have died. That's the joy of fiction, especially the kind written for television: any mistake can be just be a dream . . . a horrible, horrible dream.

Any idea that can be relied upon to make money is worth trying in TV, and these days, the most reliable notions are those attached to brands people recognize. Just ask the creators of “Will & Grace,” or the minds that brought us Netflix’s “Fuller House” and the limited revival of “Gilmore Girls”  or the people who dug into the stacks to resurface “The X-Files,” “Prison Break” and the “24” franchise. We forget that each of these shows left the air for solid reasons. For the most part, and whatever good memories that remain can be refreshed by watching again on DVD or streaming.

So when Sara Gilbert drafted John Goodman to do a short bit featured on CBS’ daytime series “The Talk,” which she co-hosts, and the Internet went wild, a reunion pretty much became a foregone conclusion. A similar stunt relaunched “Will & Grace,” raised from the dead after a pre-election Internet video featuring the cast went viral.  Today the relaunched series stands as one of TV’s greatest success story of late 2017 as well as NBC’s 1998-1999 fall season line-up.

It stands to reason that ABC may expect similar success in bringing back a comedy still considered to be one of the greatest works on the small screen. Indeed, the only reason “Roseanne” wouldn’t be a slam dunk success is the fact that it stars Roseanne Barr, one of television’s more loathed and loathsome personalities.

To call Barr temperamental or mercurial is a kindness, and describing her as an abrasive loudmouth is simply accurate reporting. The actress has her fans nevertheless, people who find her lack of a filter iconoclastic. At one point in time she might even have been called revolutionary.

She’s lived up to that reputation and taken advantage of it in equal measure, flouting propriety and whipping sacred cows with equal amounts of zest. She earned a reputation for mistreating the people who worked for her during the heyday of “Roseanne,” and wasn’t exactly concerned with modulating her public image, either.

Mind you, this came after Barr grabbed her crotch and spit during her performance of the National Anthem in 1990 prior to a baseball game between the Cincinnati Reds and the San Diego Padres. To repeat: She ended her performance of the Star Spangled Banner, that most sacred of hymns to those currently criticizing football player kneeling to protest systemic injustice and police brutality against African Americans, by expectorating for effect.

Of course, that was baseball, not football, and she’s an actress, not an athlete. She was itching and hawking, not kneeling. The circumstances are different, right?

These are the gymnastics that some who may choose to watch the “Roseanne” reboot may engage in if they happen to be confronted with the general unlikability of its star. That is, people may do that if they find the show to be funny and, more to the point, if they care. Television is full to the brim with series headlined by stars with questionable reputations. (Indeed, The Carsey-Werner Company, whose co-founder Tom Werner is an executive producer on the "Roseanne" reboot, also gave Americans "The Cosby Show" and "Cosby." Just going to leave that right here.)

“Roseanne” ran for seven more years after the spitting incident. And ten years after its season finale, Barr referred to LGBTQ Americans as narcissistic on her radio show, adding that they only care about causes and issues that impact the gay community.

She subsequently apologized on her blog. To this day, a number of people still think of Barr as a gay icon — even now, after she publicly declared that she voted for Donald Trump and continues to support him.

Amnesia, that complementary drug to nostalgia, is incredibly beneficial to television. It is so efficacious that we even forget how toxic it can be in large doses, and its side effects can include nausea, elevated blood pressure, hypocrisy and wasted time.

Nevertheless, our penchant for simultaneously forgetting and remembering places both “Roseanne” and Barr, and viewers, in an odd position right now. When she appeared before members of the Television Critics Association in Pasadena on Monday, Barr dodged questions about her politics for a time before dismissing the president's demonstrated racism, including referring to white supremacists as “very fine people,” by saying “he says a lot of crazy shit.”

It takes one to know one. Barr, as we have established, has said and done plenty of “crazy shit” over the years, apologizing for some while letting other utterances fly free. She told critics that her children have barred her from using Twitter, and we thank them for their service. Regardless of this, we’re still bound to know plenty about how she feels, modulated through ABC as well as standards and practices.

Barr’s “Roseanne” alter-ego Roseanne Conner is also Trump supporter, further blurring the line between art and artist. Naturally Barr and the show’s other executive producers, which include Gilbert, Werner, Bruce Helford, and Whitney Cummings, hope people will see her position as reflective of what’s going on in the living rooms of people ABC is counting on to watch the show.

And this trait is the very reason why updating “Roseanne” now makes sense for ABC, and for TV in general, and why it also may prove to be an effect litmus test in terms of measuring the depth and fury of the nation’s social divide as well as the extent of the audience’s political fatigue.

During the months post-election the industry made noise about reassessing which elements of the American experience resonated with the realities of life for the working and middle class. Of course, the answer as long been, not many — at least, not since “Roseanne” was on the air.

Warm and honest realism is the lifeblood of “Roseanne,” and in its best episodes, it mined gems of laughter in within the mud of relatable stressors, namely a family’s ability to pay the bills or raise children on a shoestring budget in a rapidly transforming world.

The extraordinary contribution of “Roseanne” cannot be disputed. Neither can the quality of its cast and their talents then, and now.

Laurie Metcalf, returning as Roseanne’s sister Jackie, won several Emmys for her work on the sitcom and is widely expected to net an Oscar nomination for her work on “Lady Bird.”

Gilbert and Johnny Galecki are both CBS stars, with Galecki playing one of the leads on television’s top-rated series “The Big Bang Theory.” Sarah Chalke had a long run on “Scrubs.”

But while many of Barr’s co-stars have moved onward and upward in their careers, hers largely stalled in no small part because of the person she is.

“It’s time to close ranks,” she told reporters as the show’s press conference ended, “and I would really like to see an end to ‘hate-triotism' in this country.”

With recent seismic shifts  occurrin in the entertainment industry conversations about separating the art from the artist abound — something that, admittedly, people tend to have fewer reservations about doing with male artists as opposed to women. But this case we’re not only talking about a woman.

Viewers can’t be blamed for yearning to return to that comfortable kitchen table in Lanford, Illinois, where all we needed to know about the Conners was how much they had in common with us. Roseanne and Dan Conner are salt-of-the-earth, tart-tongue characters, but indubitably kind and caring.

Similarly, viewers can’t be blamed if that portrayal doesn’t match what we know about Barr, whose titular character has the mixed fortune of sharing a name with the problematic woman who created her.