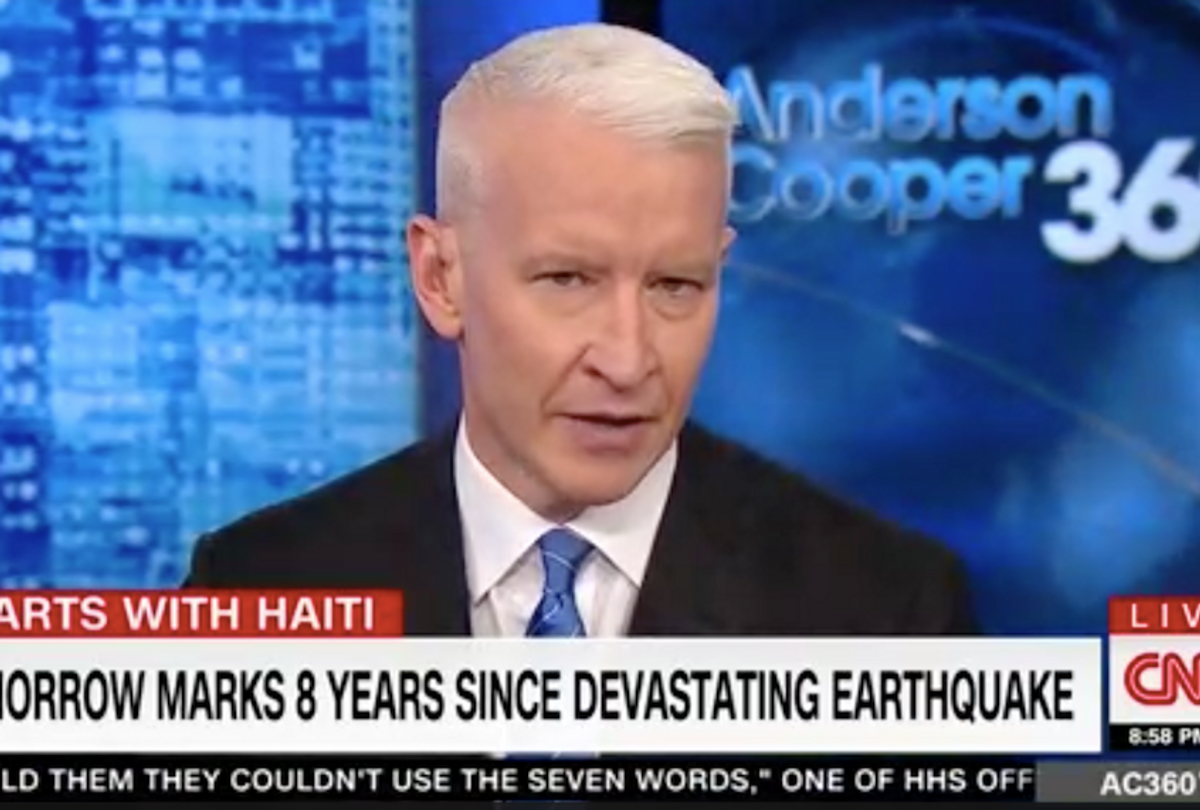 CNN host Anderson Cooper fought tears while educating his audience about the people of Haiti after President Donald Trump's reported comments that described the country as a "s**thole."

“I was there when a young girl named Bee was trapped in rubble for nearly a day was rescued by people who had no heavy equipment. They just had their God-given strength and determination and their courage,” Cooper said.

“I was there when a 5-year-old boy named Mowgli was rescued after being buried for more than seven days," Cooper continued haltingly while on the verge of tears. "Do you know what kind of strength it takes to survive on rain water, buried under concrete? A 5 year-old boy, for seven days.”

"They stand tall and they have a dignity. It’s a dignity many in this White House could learn from. It’s a dignity the president with all his money and all his power could learn from as well," Cooper concluded. "On the anniversary of the earthquake, when this president has said what he’s said about Haitians, we hope the people in Haiti who are listening tonight — in Port-au-Prince and Jacmel in Miami and elsewhere — we hope they know our thoughts are with them.”