While Republicans were dealing with Trump's immigration controversy, Democrats had their own internal squabble 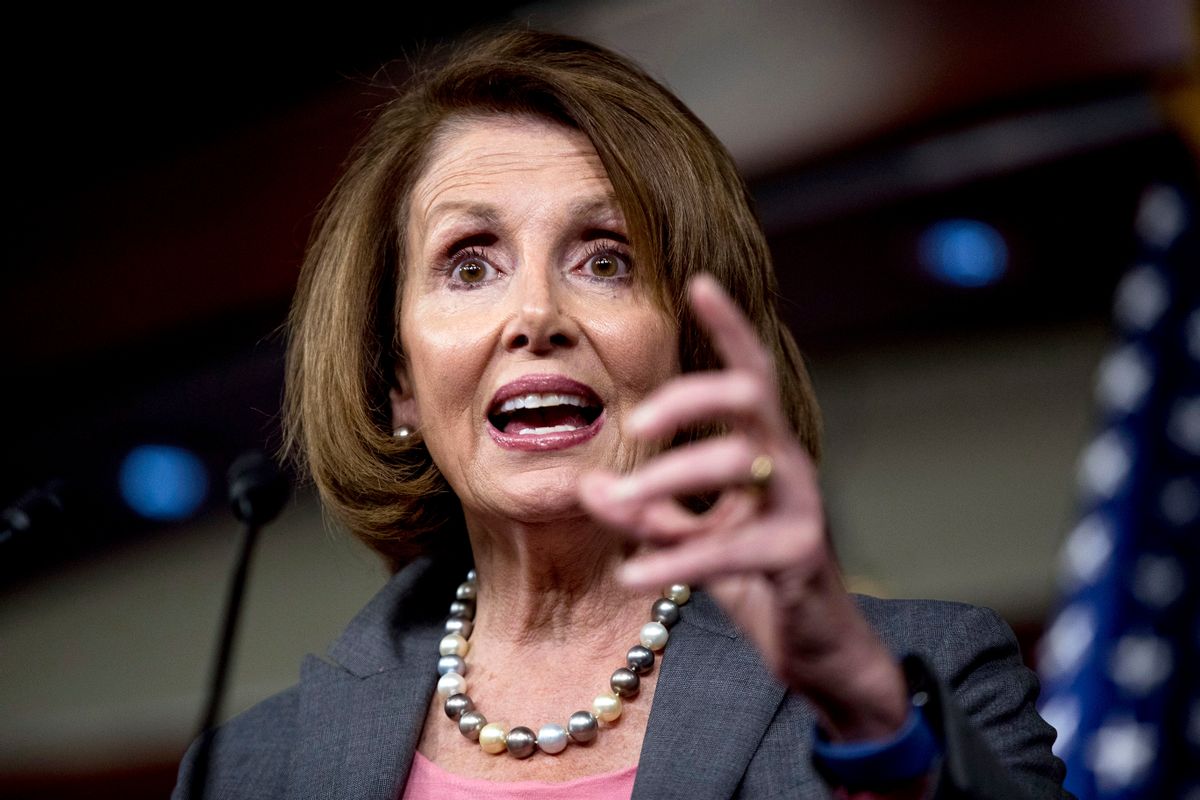 FILE - In this Nov. 17, 2016, file photo, House Minority Leader Nancy Pelosi of Calif. speaks on Capitol Hill in Washington. The lame-duck Congress is gaveling in for its final work session of 2016, and its last under President Barack Obama, as lawmakers face a Dec. 9 deadline for spending legislation to keep the government running. (AP Photo/Andrew Harnik, file) (AP)
--

As Republicans spent the better part of Friday trying to dodge the controversy provoked by President Donald Trump's comments that various countries were "s**tholes," Democrats found themselves inside of their own, smaller racial controversy after House Minority Leader Nancy Pelosi derided fellow party leaders in an attempt to make a joke.

Speaking at her weekly news conference, Pelosi, who is of European ancestry, complained that immigration talks between the administration and leaders from both parties were being conducted by "five white guys."

"Are they going to open a hamburger stand next or what?" Pelosi said, alluding to a hamburger chain called Five Guys. According to the top Democrat, the group's decision-making process will be delayed because it does not include any Hispanic members.

It was a strange statement considering that Pelosi herself could easily have insisted on including a Hispanic member in the discussions. A bipartisan group of six senators who have  been conducting their own negotiations recently included New Jersey's Bob Menendez in their ranks.

House Minority Whip Steny Hoyer called out Pelosi in a statement to Politico.

“That comment is offensive. I am committed to ensuring DREAMers are protected and I will welcome everyone to the table who wants to get this done,” Hoyer said, referring to a sub-group of undocumented people who were brought to the United States while they were children.

In a statement afterward, Pelosi spokesman Drew Hammill said she was not being critical of Hoyer and his Senate counterpart Dick Durbin.

“Leader Pelosi has every confidence in the leadership of Whip Hoyer and Senator Durbin, which they have demonstrated on this topic for years," Hammill said. “It’s not a question of who’s there but who’s not there.”

Senate negotiators from both parties have announced a DREAMer deal, but House leaders have yet to reach any sort of accommodation. Immigration opponents are much stronger in the lower chamber, particularly thanks to the presence of the Freedom Caucus, a group of very conservative members who have feuded repeatedly with GOP higher-ups for years.

The negotiations are extremely tricky for both sides. Many of the activists who backed Trump during his presidential campaign have been warning him not to reach a deal with Democrats that does not include the funding for a wall on America's border with Mexico.