Mirror, mirror: "The Magicians" and the loss of wonder 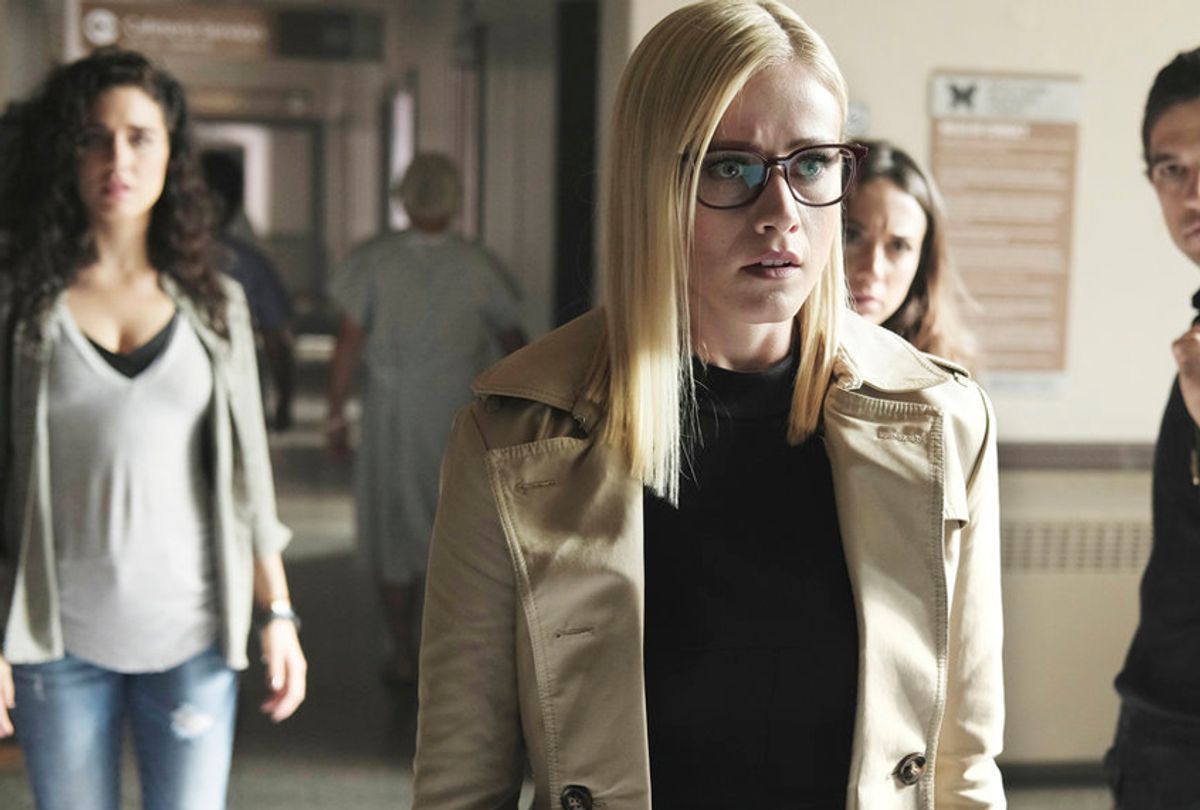 Something significant has been lost in the world.

Many of us can agree on that, regardless of one’s political affiliation. Some of the diminished truths we once professed to hold as self-evident have names – empathy, decency, amity, those are a few. Others aren’t so easily placed, the barely perceptible elements that held the fabric of normalcy together. We only feel them now that they’re gone. We’d do anything to get them back.

Television’s stories can serve as wonderful metaphors that distill what’s going on in the world, especially those that can do so obliquely. We may be sensing a loss of wonder, but on Syfy’s “The Magicians,” currently airing Wednesdays at 9 p.m., Quentin Coldwater (Jason Ralph) and his companions, including Alice Quinn (Olivia Taylor Dudley) and Julia Wicker (Stella Maeve), are dealing with the total abandonment of mojo on a worldwide scale.

In the series, magic is an energy that the universe’s most powerful beings allow humans and other mundane lifeforms to play with, until they do the wrong things with it. At the end of season 2, Quentin makes a bold move to save his friends that the omnipotent forces perceive as a massive transgression. In response, the gods pull the plug, leaving magic-wielding humans feeling vulnerable and adrift.

“It's hard to avoid what's happening in the world,” Dudley said in a recent interview. “It melts into everyone's life in one way or another. Jason puts it best, but he talks about the magic being gone as a global energy crisis, and that magic has a hand in everything in the world, regardless if humans know it or not. Are there power outages? Are planes falling from the sky? . . . It's an interesting reveal of what's actually happening in the world.”

Dudley and Maeve sat down with Salon to talk about “The Magicians” a day before the show’s third season premiere, appearing as part of a recent TV industry event in Pasadena. And as the series embarks on these new chapters, it’s still one of those TV pleasures that should be celebrated more than it is.

“The Magicians” does not aspire to be seen as a prestige show (We have enough of those pretenders, thanks much). What it endeavors to do, and succeeds in doing, is being a time well spent — a modern, vibrant diversion in a grey world.

An exchange during Wednesday night’s episode illustrates the show’s singular charms in one pass: Two of its main characters disguise their conversation in a vernacular only devoted consumers of high concept popular culture could understand, referencing “Battlestar Galactica,” “Buffy,” “Gossip Girl,” “Game of Thrones,” the teen witch film “The Craft” and 2007 era Britney Spears.

The banter is appropriately humorous, but it serves a purpose beyond pandering to nerd fandom. Sure, it's validating. But this back-and-forth also allows the heroes to quickly hatch a plan to deal with an alien threat that has never been exposed to 21st century entertainment. We all know such an antagonist would have no idea why an unhinged Britney is a dangerous Britney — and for that matter, also a fabulous Britney. As covert communication strategies go, it’s as simple as it is novel.

This is one of many ways that “The Magicians” smartly pays homage to genre’s ability to unite viewers around purposeful escapism and a kind of emotional lingua franca. It’s less a show devoted to social or political allegory than one driven by examinations of responsibility, of cause and effect, leavened by celebratory hedonism.

Magic exists in this world as a cool and entertaining thrill as much as it is a profound gift, and its vanishing leaves a void that resonates throughout the known and hidden worlds. The difference among Magicians is that their perception of loss is not limited to feeling. It is tangible.

Season 3 begins with Quentin and his fellow Earth-bound friends, as well as those trapped in the magical world known as Fillory, setting out on related quests to restore magic to the universe. Failing this task doesn’t merely trap them in a state of colorless normalcy — it leaves all of humanity and other non-magical beings in the cosmos vulnerable to forces that perceive our fragility as a mark of unworthiness.

While Quentin, Alice and Julia seek the return of magic on Earth, Eliot Waugh (Hale Appleman) and Margo Hanson (Summer Bishil) struggle to maintain their power as the High King and Queen, losing none of their bitchiness in the process.

“It's total flippancy, but at the same time, it feels like the polar opposite of that,” Maeve observed, adding that in this season, as with the entire series, “there is no [single] good, there is no evil. You are your own worst evil. Everybody’s fighting themselves.”

Based on a trilogy of bestselling novels written by Lev Grossman, “The Magicians” invited early and superficial comparisons to J.K. Rowling’s Harry Potter universe, only the protagonists are graduate students at a New York-based magical institution of higher learning known as Brakebills University. (In Grossman’s books, Brakebills is an undergrad program).

Almost immediately the show broke free of the novels’ narrative line, maintaining enough of Grossman’s character incarnations and plot devices to keep the worlds unmistakably related while establishing the series’ separate identity.  In doing so, executive producers Sera Gamble and John McNamara ensured that “The Magicians” evolved into its own distinctness.

Maeve pointed out another important difference between the “Magicians” and Rowling’s wizarding world. “The focal point isn't over men,” she said. “Alice and Julia bond, and it's over magic. That's cool. Of course, there’s crazy, intricate things that come with that, but it's a nice message to send to viewers. That it's not always all about a guy.”

The newly returned third season continues to confidently balance fantasy tropes with the flippant insouciance of young adult life, particularly the lives of 20-somethings wrestling with responsibility and searching for identity.

And, as always, much of the fun of “The Magicians” rests in its marriage of modern hipster sensibilities with done-to-death visions of mythical creatures, from centaurs to dryads, satyrs and nymphs. Fairies play a major role this season, only in this world they are anything but benevolent granters of wishes.

Along the way, everyone mounts their own struggles to accept the hubris of taking the freedom and blessing of magic for granted. The magicians expected that humankind’s command of the supernatural, limited though it may be, was a given. That it would always be with us. Now they fear it can never be regained.

“There's an entire generation of people who loved Harry Potter that don't know what to do any more,” Dudley said. “’The Magicians’ is a great answer to that, because they've grown up, and now they're dealing with real world issues instead of just wanting to live under a closet and have magic powers.”

“What I want people to take away from the show, more so now than ever,” she added, “is that it's showing you that you're not alone.”