The utility of snobbery 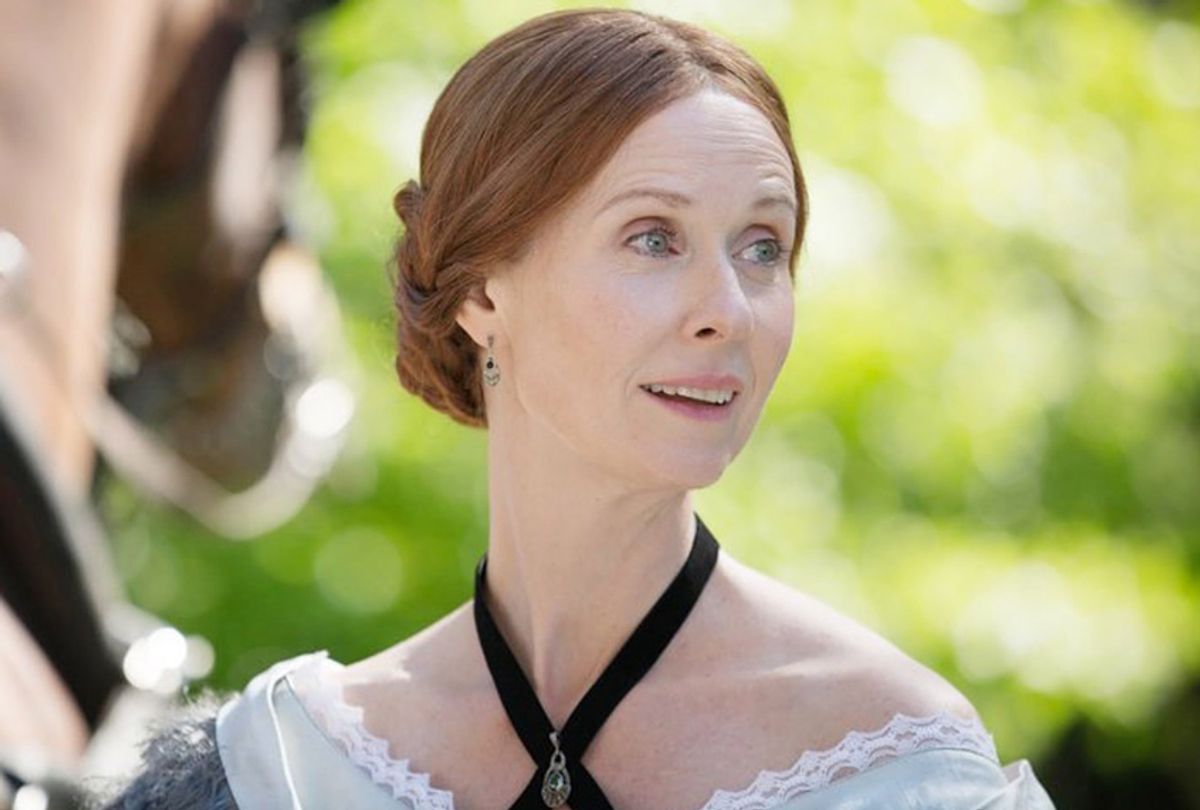 “Look at it this way,” Lester Bangs once wrote, “there are many here among us for whom the life force is best represented by the livid twitching of one tortured nerve, or even a full-scale anxiety attack. I do not subscribe to this point of view 100%, but I understand it, have lived it. Thus the shriek, the caterwaul, the chainsaw gnarlgnashing, the yowl and the whizz that decapitates may be reheard by the adventurous or emotionally damaged as mellifluous bursts of unarguable affirmation.”

At the risk of sounding sentimental, when I read this passage, as a younger man, in “Psychotic Reactions and Carburetor Dung,” a 1987 collection of the late rock critic Lester Bangs’s writing, it proved truly transformative. Everything about this paragraph — the call to action (“Look at it this way”), the wanton mix of high, low and seemingly made-up verbiage (“mellifluous” vs. “decapitates” vs. “gnarlgnashing”), the intentional-seeming evocation of Dylan (“there are many here among us”), the percentage rendered as a whole number, in a way that surely flies in the face of several standardized style guides — fit into place so perfectly, and thrillingly. It was at once an affirmation of the function of critical writing, and of life itself. Lester Bangs was, and remains, the rarest kind of writer: one that makes you want to be him (attempting to imitate dexedrine-addled prose is basically a rite of passage for white, male, sweat-dappled critics), while making it seem totally OK to be yourself, however anxious and twitching and ugly and sweaty.

A fully matured man singing the oft-sung praises of Lester Bangs may seem vaguely embarrassing. Granted. But Bangs has been at the back on my mind lately for two reasons. First is the press surrounding a new one-man play about Bangs’s life and work, “How To Be A Rock Critic,” which recently launched at New York’s Public Theater. I have not seen the play, as I do not live in New York. And anyway, the prospect of a one-man show about Lester Bangs itself feels vaguely embarrassing, even (especially?) for a hardened admirer of his work. Nevertheless, I have enjoyed the renewed interest in Bangs that “How To Be A Rock Critic” has afforded, such as this lovely sentiment, courtesy of Amanda Petrusich at The New Yorker: “To read him is to behold someone trying, desperately, to get closer to something he cherishes, to hold it down long enough to marvel at it and love it more deeply.”

The second, more pressing, reason for resisting Lester Bangs was a recent piece in “Slate” by Ben Yagoda, titled “The Reviewer’s Fallacy.” While it has been widely, and righteously, dragged in certain social media circles, Yagoda’s piece is worth attending to, if only for the way in which it attempts to grapple with the contemporary function of criticism — particularly in an age where a consensus established by aggregators like Rotten Tomatoes and Metacritic undermine the social/cultural role of sustained, thoughtful criticism that attempts to evaluate art with something other than a percentage grade or a disapproving cartoon splat.

Critics, Yagoda claims, are woefully out-of-touch with audiences. As proof, he points to the aggregated 92% Rotten Tomatoes “fresh” rating for “A Quiet Passion,” British filmmaker Terrance Davies’ recent biopic of Emily Dickinson. Where critics overwhelmingly liked (or at least approved of) the movie, audiences differed, with “A Quiet Passion” earning a “thumb’s up” from only 48% of viewers. Despite not seeing “A Quiet Passion,” Yagoda believes that paid critics are somehow hoodwinking “random citizens,” the type of viewers he describes as “the people standing in line for an Auntie Anne’s pretzel at the mall.”

I would never begrudge Yagoda’s desire to pre-theoretically hate a movie he hasn’t seen. Informed prejudices are useful to any critic. But his treatise falls victim to a few fallacies of its own: that enthusiastic blurbs cranked out to sell books actually reflect the quality of said books; that contrarianism is somehow careerist (formless enthusiasm will get you further than withering cynicism these days, for better or worse); that a critic’s ability to see/hear/read various entertainments for “free” somehow skews their capacity for judgment, as opposed to liberating that capacity from the pressures of commodity-exchange. It’s his guiding proposition, the heart of his so-called “reviewer’s fallacy,” which proves trickiest to get around.

For Yagoda, the big problem with criticism is how it often stands at odds with audience reaction. As he puts it, “the set of critics’ and audiences’ interests do not perfectly overlap but rather form a Venn diagram.” Where the critic concerns herself with details such as cinematography, theme, the calibre of a given performance, etc., the lay-viewer, according to Yagoda, is motivated by a more “pressing” question: “Should I spend some number of the dollars I have to my name and the hours I have left on Earth on this thing?” The problem with such an argument is not that it underestimates the function of critics, or criticism. It’s that it underestimates the very audiences Yagoda pretends to defend.

For Yagoda, audiences are driven primarily by some crass commercial calculus: is this thing worth my time and money? Art — and even its merrier, life-of-the-party drunk uncle, Entertainment — is little more than a pleasing distraction, and its prospective audiences want nothing more than to be pleasingly distracted, preferably at a good value. This is the absolute worst kind of assumption, in which the would-be critic uses some stuffed straw-man audience as a bulwark to buttress their own willing philistinism (Indeed, Yagoda even acknowledges his philistinism, as if simply doing so somehow excuses it).

I wonder: Has Yagoda ever been to a Bresson retrospective, or a black metal concert, or a ballet, where audiences — like, real, paying people, not there in the service of being remunerated for purveying published criticism — engage with art that exists at aesthetic extremes? What of the 42% of viewers who did enjoy “A Quiet Passion”? Are they themselves, like critics, not part of a “real” audience because they deviate, even just slightly, from the majority view?

There’s something else that grates in this equation. It’s that very idea of “worth.” I have no idea what $14 worth of art looks like. Art’s not like petrol, or the price of beef, where you can measure it against some market value. Indeed, the very point of art is that it’s demonstrably not like petrol or the price of beef. The true value of a piece of art (or entertainment) is not calculated by the market, but by an exchange between the creator of that art and the viewer. The role of the critic, simply, is to help facilitate that exchange; to encourage the viewer (or reader, or listener) to see things they might not have otherwise seen, to tune them into different frequencies.

A more contemporary question is what, exactly, qualifies a critic to submit such evaluations and facilitate such exchanges? In the modern context, as British literary theorist Terry Eagleton has noted, criticism is dominated by two opposed modes: “an inchoate amateurism and a socially marginalized professionalism.” The online proliferation of blogs, black box publishing platforms, social media streams, and the general attitude that “everyone’s a critic” is typically regarded positively, as if the practice of criticism has been liberated from snobbery and elitism. In a culture that values up-voting enthusiasm and a broad catholicism of taste, the absolute worst thing one can be is a snob or an elitist.

There is also a noxious, distinctly Trumpian logic inherent in this attitude. Experts are not to be trusted, precisely because their expertise distinguishes and alienates them from the run-of-the-mill know-nothing. Better trust the enlightened philistine, who proudly boasts about knowing nothing. It’s a schism as old as time, or at least as old as the “Caddyshack” tagline: the snobs vs. the slobs. That writers like Yagoda still rely on this tension between the nitpicking mandarin elite and the drooling, easily distracted pretzel-munchers only ratchets up such unproductive hostilities.

And the thing is: for criticism to serve any conceivably valid social function, it must necessarily indulge a degree of snobbery. The critic must be capable not merely of enthusing (or lambasting), but possess at least a rudimentary, and preferably an exhaustive, knowledge of the medium and of that medium’s own critical history. She must, in short, know more than the audience queued up outside Auntie Anne’s Pretzels.

I would never presume to know any one right way to criticize a work of art or a piece of commercial junk. But I believe the key lies not merely in the critic broadcasting her depth of knowledge or keenness of insight but in distilling that knowledge and insight and communicating it to the reader. Criticism is not about reinforcing, but slowly dissolving that snob/slob binary. It’s about rendering the esoteric accessible.

That a film critic scans movies for things a paying customer might not be inclined to see is far from being a “fallacy.” Rather, it is the essence of the whole critical enterprise. That critics and audiences appear to be at loggerheads — at least as evinced by Rotten Tomatoes, which is itself only a measure of the consensus opinion about a film, and not of its actual quality — is not a sign that criticism is failing but that it is working.

Criticism can be a lot of things: an assault, an affirmation, a broadside lodged against the bourgeois state (per Eagleton and others). But it is, before anything and above all else, an act of communion, between artist, author and inquisitive observer. As the eminent film critic Pauline Kael summed it up in 1963, a critic is “a good critic if he helps people understand more about the work than they could see for themselves. . . . He is a bad critic if he does not awaken the curiosity, enlarge the interests and understanding of his audience.” Or as The New Yorker’s Petrusich puts it in her look at Lester Bangs, the critic provides “a necessary conduit between artist and potential fan.”

The secret to even a critic as shaggy and slobbish and ostensibly non-elitist as Lester Bangs was that, at the end of the day, he knew a shit-load about rock ’n’ roll. Probably way more than you. This was the rarefied knowledge that qualifies him, or any critic, to pass judgment, to impart insight, to encourage us to find music in noise, beauty in tedium  — to nudge us gently, or yank us by the scruff of the neck, and say, “Look at it this way.”