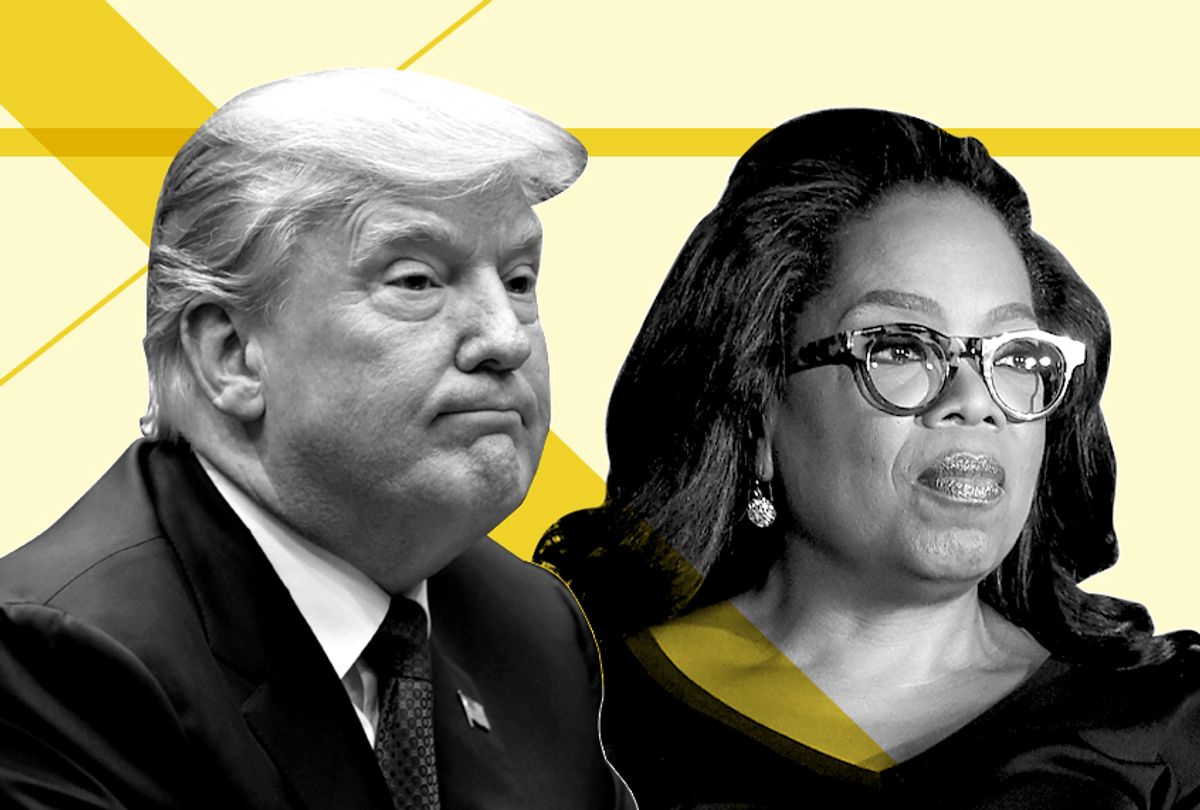 The speed with which the United States has turned silly is astounding. Perhaps, the election of a functionally illiterate television pitchman was inevitable, but as much as the sane constituency, often called “elitists,” might lament it, we all live in the world of Donald Trump.

The cult of celebrity is now American culture, and politics is but a servant to entertainment.

Dave Marsh has told a story about attending a professional baseball game with Bruce Springsteen shortly after the release of the songwriter’s most commercially successful record, "Born in the USA." Adoring fans, in awe that an MTV icon was seated in their section, would not stop approaching him for autographs and pictures. Unable to enjoy the game, Marsh and Springsteen eventually left.

“How could it bother me?” Springsteen answered back. “It is what I’ve always wanted.”

Bruce Springsteen desired fame, and to acquire it he only had to write a succession of magnificent records, featuring some of the best songs in American music, and gain the status of a legendary performer, playing marathon shows of unequaled intensity and energy.

Anyone with familiarity of Springsteen’s career and biography is aware that Springsteen’s goals also included entering the canon of rock ‘n’ roll, expressing complicated human contradictions through the power of song and experiencing immense pleasure while making good music with his friends.

Fame is a product of the process of excellence and dedication that enabled Springsteen to achieve his artistic ambitions. Without "Born to Run," "The River" and "Born in the U.S.A.," no one recognizes and approaches him at the ballpark.

The American people have now reversed the order in their hierarchy of respect and honor. Fame is now the subject of idolatry. The product has replaced the process in America’s cultural focus, making a virtue out of fame, and celebrating the pursuit of fame as virtuous.

Reality television, YouTube “stars” and social media “celebrities” demonstrate that fame has become much like money. The shopkeeper does not bother to ask how the shopper earned it. He simply completes the transaction. Given that fame now operates as cultural currency, the rewards it can purchase are distributed with an equal lack of discrimination. Writing music, or a novel, is largely the same as releasing a homemade sex tape, performing juvenile stunts in a viral video, or hurling epithets at the in-laws on the Bravo network.

Once a person obtains fame, he or she enjoys cultural and often even moral authority. It translates to business opportunities — the Kardashians have several successful clothing and beauty products, many Real Housewives have released highly profitable songs and books, and several Bachelors and Bachelorettes have become fixtures of the lucrative wedding industry — but more consequential is how, for the more elite celebrities, fame enshrines them with borderline oracular status.

Donald Trump was not a successful businessman, nor is he a “stable genius,” but he spent many years performing those roles on television. His presidential victory was the ultimate coup d’etat for fame. Political leadership was not the means of acquiring celebrity. Celebrity was the credential for political leadership.

The worship of fame — and the pursuit of it by any means necessary — is the ultimate illustration of the ethos central to a consumer economy and society. Fame allows for even a person to become a brand, recognizable commodity and sellable product. Few Americans exercise the power of fame and consumption with greater strength and resonance than Oprah Winfrey.

Her career is complicated. The record-breaking daytime program was full of intelligent moments inspecting critical issues of human life, and for all of Winfrey’s flaws, she did convince millions of Americans to read Charles Dickens. She also offered sacramental rituals of materialism — lavishing rabid audiences with gifts, pitching products as vehicles of personal redemption and promoting engine coolant, like The Secret, as elixir.

The Oprah for President movement, recently birthed after her acceptance of the Cecil B. DeMille award at the Golden Globes last weekend, should have always seemed inevitable. Celebrities have become secular gods, and Oprah, for many years, was the kingmaker to celebrities. Her book endorsements created instant bestsellers, her products flew off the shelves, and whenever someone committed an act of indecency or impropriety, Oprah was the high priestess, and her studio the confessional booth, that the sinner would visit for absolution.

Oprah Winfrey is a more intelligent, impressive and generous person than Donald Trump can manage on his best day, but if there is a sustained demand for her candidacy, it will confirm two ugly suspicions of American life.

The more efficacious and important movement would organize to support a governor or senator with a personality duller than a member of the Queen’s Guard who is masterfully adept at employing public policy for the common good. Make America Boring Again? Sounds perfect, considering that 2017 was, among many other qualities, entertaining.