It’s not a “sex panic”: Approaching women in the #MeToo age

The #MeToo backlash paints us as in the middle of a sex panic. But maybe we're entering a rare moment of clarity 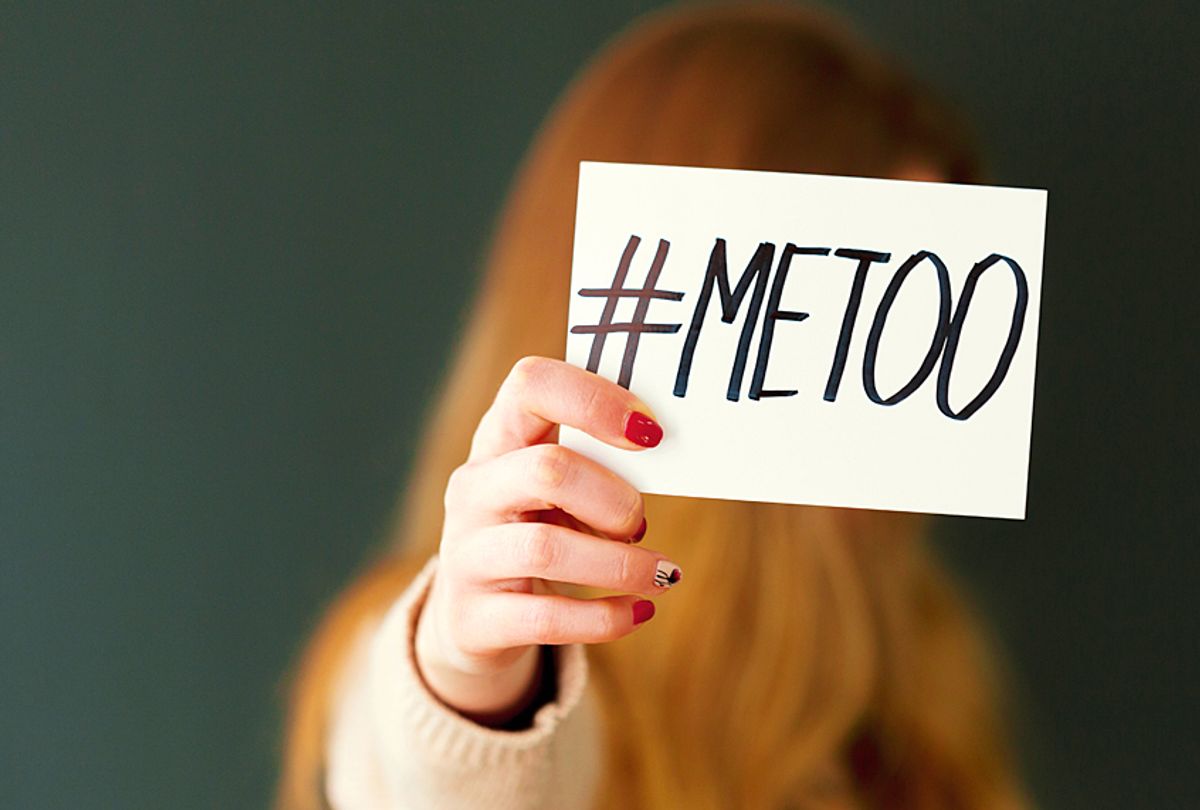 A man tried to pick me up at Stop&Shop last week, an encounter that was clarifying and deeply OK. Let me explain.

We both got out of our cars in the well-lit parking lot (no Roy Moore dark, abandoned situation) around the same time, a fact the man commented on with his first words: “Did you notice that our cars beeped together, simultaneously?”

I hadn’t noticed. “Did the beeping have the exact same pitch?” I asked. “I have a Honda, what kind of car do you have?”

He said he had a Volkswagen, then began walking alongside me, toward the store. He held out his hand, “I’m Clayton.”

I shook his hand. “Carol,” I replied — a fake name. Or rather, my real first name which feels fake because I always go by my middle name. “Carol” is who I say I am to telemarketers, receptionists in offices I only visit once, strangers in parking lots.

By this time, we were inside Stop&Shop, a fully public place with dozens of other shoppers milling around. Clayton (a pseudonym I’ve given him) was close enough that I could smell alcohol on his breath, but still I had no fear. None at all.

“When will I see you again?” he asked.

Call me naïve, but this is when I first figured he might be trying to pick me up. “I don’t know,” I said. “This is the grocery store I go to most; we might run into each other again.”

“Are you single?” he asked.

“No, I’m married with three kids.”

Clayton quickly noted that he was a parent, too — he had a son in Boston. I said I’d just come back from visiting my own son in Boston. We agreed that Boston was a good city, but kind of expensive — way more expensive than Hamden, Connecticut, where we were standing right then.

“You, too.” I turned away from him and rolled my enormous cart down the vegetable aisle. Only once — and fleetingly — did I think: What if he follows me?

Nowadays, I’m frightened a lot of the time — for myself, my children, all women and girls, the whole world. What will today’s news cycle bring? What will happen in my actual life — a catcall or grab? Or worse (and way more likely) — a catcall or grab at my 12-year-old daughter?

I can’t count the number of times some man has threatened, grabbed, pressured or catcalled me. I can count the more severe assaults (three). All of it — 50 years’ worth — is front and center in my mind right now. How could it not be?

Some days, it feels like anything could send me into a PTSD fugue state. But that’s not true. Here’s what triggers me: men trying to dominate women and girls — at work, on campuses, at home, in public places, backstage at teen beauty pageants. Men laughing and bragging about this or denying it, calling us liars. Women colluding, voting for known pedophiles or covering for their husbands who’ve committed assaults. Otherwise I feel OK, more or less steady in my life.

Clayton never tried to make me do anything. He didn’t, for instance, position himself between me and my car, forcing me to interact with him, saying — with or without words — I will make you deal with me, in some way or another. Instead we simply walked across the parking lot as equals, or as equal as a woman and a man can be in a sexist world.

It’s worth mentioning that I’ve been trained in self-defense. If I’d wrongly assessed the Stop&Shop situation and it turned violent, I know how to stomp down hard on a man’s instep, whirl around and poke him in both eyes, then knee him in the groin. I practiced this, over and over, on a padded attacker — a gentle, feminist man with a brown belt in karate. When this man called me “bitch” and pulled my ponytail from behind, he was acting, teaching me how to have a better shot at getting away if a man threatened me for real.

The Stop&Shop incident wasn’t flattering. I didn’t welcome Clayton’s attention (often, women don’t.) It was dinnertime, and I was quickly buying food for my husband and daughter, wearing yoga pants and a scruffy “Durm” (the way locals pronounce Durham, North Carolina) T-shirt. Even so, I didn’t mind the interruption, our brief conversation, because I’m a human being in a world full of people. I don’t want to live in isolation, in some sort of gated community of the mind, speaking only to those I already know. I’m from the South — I talk to strangers all the time. I’m not afraid of strangers, per se.

A man has the right to approach a grown woman, start talking, and see if she’s interested in taking things further — talking more, going out, hooking up once or for a lifetime. He can ask. And she can say no, yes, maybe or anything else to each specific proposition. She’s not a child, and he hasn’t abruptly (randomly, from her perspective) unbuckled his pants or lunged for her genitals. She, of course, has the same right to initiate conversation with a grown man, to see if he’s interested in more. He can reply however he wants.

Maybe Clayton had been waiting in his car for a woman alone to walk toward the store. Maybe he says the exact thing all the time to women, about our two cars beeping together, in harmony. I don’t have a problem with that. A man has the right to use a pickup line. I don’t want to live in a world where he doesn’t.

I’ve heard people say this, right now, is a sex panic. Sex hysteria. Soon, nothing will be permissible. The feminists and the prudes (a lot of folks seem to think these groups are identical) will shut everything down. Comedians won’t be able to joke. Liberal senators won’t be able to write — or fight — laws. Men won’t be able to make brilliant, avant-garde movies, or if they do, their movies will be boycotted by (you guessed it) feminists and prudes.

I disagree strongly that any of this will happen — except the boycotting. If you make a misogynistic film, no matter how well-directed, someone — some group of someones — will boycott it. That’s our right. I’d call it our duty.

Last summer, I took my daughter to see “Wonder Woman” the day it opened. It wasn’t a perfect film, but we wouldn’t have missed it. We came out of the theater feeling empowered and triumphant. My daughter, then eleven, went out on our front porch and began singing songs from “Moana” while I went around the corner on a brief errand. Within minutes of my departure, a man stopped his truck in front of our house, rolled down the window and demanded, “Give me a smile, pretty girl.” Terrified, she ran into the house.

Men, here’s what you need to not do: Don’t stack the deck. Don’t lock the door, grab us, pin us against the wall, or demand that our daughters give you anything, including something seemingly innocuous like a smile. Maybe she doesn’t feel like smiling.  Why should she have to change her face for you?

Actually, grown men, let me amend what I just said: Stay the hell away from our — and your — teenage and younger daughters. Let them grow up in peace. With adult women, you can approach us, sure, but with respect.

Imagine what the world would be like if during every encounter, both people treated each other as human beings. Both people listening and talking. Not the one with more power — older, whiter, the man, the boss — rigging the situation so the other person can’t respond fully, according to what she actually feels, who she actually is.

In my experience, the vast majority of men do want mutuality in their relationships with women. All of you could easily become our allies.

And for those men who don’t want (or think you want) mutuality, I hope this growing MeToo movement either makes you change or takes you down, no matter who you are. We could end — or at least greatly reduce — sexual predation right now.

That would still leave plenty of room for the Claytons of this world to do their thing, run their pickup lines. Just give us a choice. Let us respond truthfully. In a world without predation, good films will still be made and good laws will still be passed — possibly better films and laws than we have now.

Some people use the word “panic” to describe the recent outpouring of sexual assault and harassment charges. But I feel the opposite of panic as I think about the new world I hope is emerging — a place where men won’t try to force women or girls into anything. What, that’s worth saving, do we have to lose?