"This is not a drill": My 38 minutes of terror in Hawaii 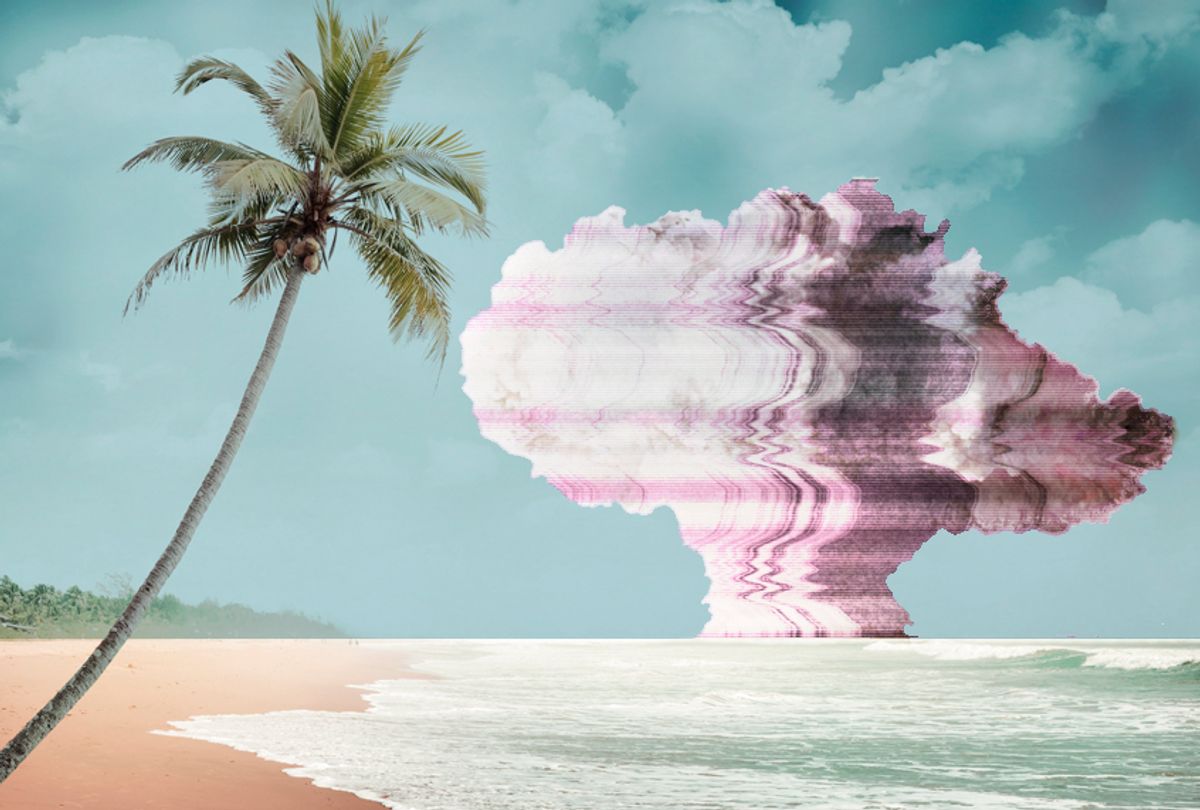 My husband and I had just finished eating breakfast, and our 18-month-old daughter Anna was quietly playing with Lego bricks on our living room floor. My phone buzzes first. The ringtone is set on silent, but the long, violent buzzing is familiar: an emergency alert. A couple seconds later, my husband’s does the same.

"BALLISTIC MISSILE THREAT INBOUND TO HAWAII. SEEK IMMEDIATE SHELTER. THIS IS NOT A DRILL."

He grabs his phone and silently reads the same alert. I watch his face change. "I don’t think so."

We look at each other, just for a second, and I laugh, a nervous reaction. "No way."

There are no sirens, no fire alarms in our building. I scroll through my Google search. My husband does the same. There’s nothing online, nothing on the local news and nothing (yet) on Facebook. We turn the TV on. Nothing.

My best friend, who lives in the same condo, calls me and her voice, tight with emotion, finally gets through: "GET OUT NOW!"

I wish I could say that we stood up like responsible adults, grabbed our prepared emergency bag and our daughter, and evacuated the condo calmly. We didn’t. We start running madly around the apartment while Anna follows us around, looking like a lost puppy.

"Where’s the nearest evacuation shelter? Do we even have a shelter?!"

"Let me put on pants! Can you get Anna? And grab water from the top shelf!"

"TOP SHELF OF WHAT? WHERE IS THE WATER?!"

"THE TOP SHELF! GET THE WATER!"

At the lobby, my best friend’s waiting for us with her husband. She’s crying quietly, holding her 4-month-old son. It’s surreal. We could die.

The four of us honestly have no clue what to do. "Are we supposed to stay indoors?" "But if there's a bomb, wouldn’t the building collapse on us?" "Do we go to the basement  . . . where is the basement of our condo?"

We end up driving to the high school down the street. We pray in the car. Anna’s silent, not crying, but her eyes are wide. I keep telling her, "It’s OK, Anna. We’re OK."

I call my dad in Japan. He says, "The American military will shoot the missile from the sky before it even hits Hawaii, so you have nothing to be afraid of." OK.

The school buildings are closed. We turn down the street to the fire department, where we find a lone fireman. His face still pale, he tells us, "It’s all a mistake. We just got notified that it’s a mistake. We're safe."

A quick check on Twitter and we find confirmations from Tulsi Gabbard that the alarm is fake.

I think I start breathing again, but I don’t fully relax until, more than half an hour later, my phone buzzes again with an update from the Hawaii Emergency Management Agency.

"There is no missile threat or danger to the State of Hawaii. Repeat. False Alarm."

We make our way home, venting and angry, but in shaky, relieved tones. I keep looking for more online stories, finding a strange sort of comfort in knowing other people reacted the same way. We turn the TV on and search for more information about the alarm. We find out later that it was due to human error. The wrong button was pushed. (But why did it take so long for the announcement that it was a false alarm?)

Growing up in Japan, I’m familiar with the nuclear attack threats from North Korea and its leader of Kim Jong-un. It’s a constant threat. But, deep down, I had always thought, "He’ll never do it."

Today was the first time the threat felt real.

Those 38 minutes were terrifying, but in all cheesy honesty, I’m also thankful. I'm thankful this happened on a Saturday morning, where I could hold my daughter and be with my husband. I'm thankful I didn’t have to wait for him to come home, where he would be stuck in panicked traffic on a workday. I’m thankful that I was able to get in touch with my father, even at 3 a.m. in Japan. I’m thankful that we were all together, my friends and I, and our families.

It’s now hours since the scare, and the uneasy effects of the morning are finally starting to go away. My plan tomorrow: a trip to Costco to stock up on water and pack an emergency bag. My family’s life could depend on it, and I’m never going to be unprepared again.