Why humans may not be ready for commercial space travel

Besides the damaging effects of space on the body, the mental health issues are terrifying 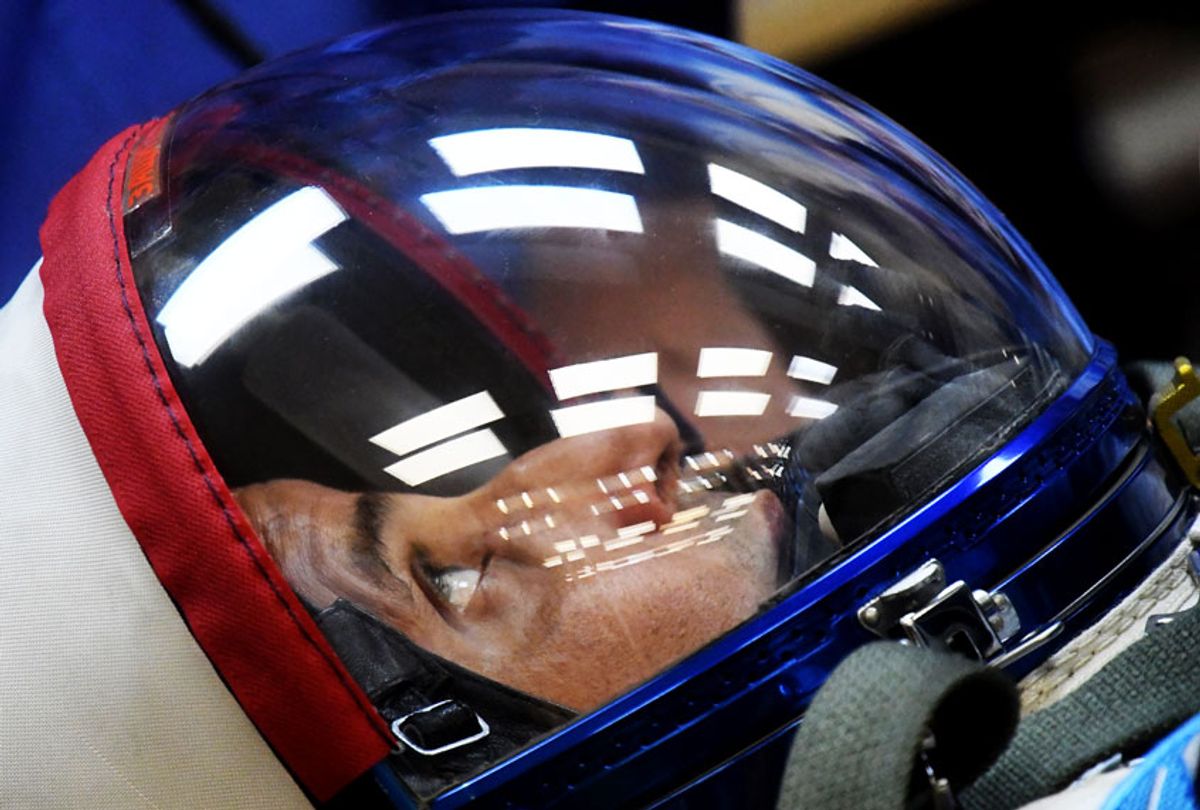 There’s an infinitely modifiable English analogy that's been floating around for decades, which goes something like “You can take the person out of the place, but you can’t take the place out of the person.”

I imagine that sometime in the future, humans will be repeating this phrase with a new twist: “You can take the human out of Earth, but you can’t take the Earth out of the human.” In terms of the human body and its needs outside of our planet, this couldn’t be more true.

It’s easy to romanticize the idea of going to space. It’s human instinct to be curious about the universe we live in, what exists beyond our home planet — and it’s that exact curiosity that led us to exploring space in the first place. However, as discussions about commercial space flights become a candid part of our reality, it’s worth asking the question: Is the average human truly ready for space travel?

The future of commercial space travel

SpaceX announced in February 2017 that it would be flying two private citizens around the moon in 2018, supposedly at the end of year. In the announcement, SpaceX said these citizens would be “like the Apollo astronauts before them.” CEO Elon Musk also wants to send humans to Mars by 2024. This week, Virgin Galactic’s VSS Unity successfully completed its seventh glide flight on Jan. 11, continuing to work toward its mission to “open space to rest of us.” Virgin Galactic, which declined to comment to Salon, makes the case that “most of our planet’s seven billion people have had no opportunity to experience space and all of its possibilities for themselves, regardless of their passion or talents.”

Consider scientific astronaut training regimens. NASA astronauts go through extensive training before their flights — a process that can take up to two years. NASA describes flights to the International Space Station as “the largest international scientific and technological endeavor ever undertaken.” Indeed, it is — and one reason is because the human body in space (for short and long periods of time) is an experiment in and of itself.

Fortunately, today the trip to space isn’t as foreign as it used to be — but that doesn’t mean it would be easier for commercial travel. NASA has identified five core hazards of human space travel: space radiation, isolation and confinement, distance from Earth, gravity fields (or lack thereof), and hostile/closed environments. These, NASA believes, pose the greatest risks to the human mind and body in space. While NASA has conducted extensive research on how the human body behaves in space for months at a time, aside from preliminary research from astronaut Scott Kelly and Russian cosmonaut Mikhail Kornienko’s mission where they lived on the International Space Station for a year, NASA has little research as to how the human body and mind are affected for longer duration missions.

Keep in mind that a mission to Mars would take an estimated nine months to arrive, and possibly three years round trip, depending on the speed of the spacecraft. A trip to Mars can also only begin when Mars and Earth are perfectly aligned in a way that only happens every 26 months. A trip to the Moon, which is more likely to happen sooner for private tourists, would be a round-trip excursion of about one week. To provide a comparison, the longest Apollo mission was 12 days and and 13 hours. NASA explains in the report “Space Faring: The Radiation Challenge,” that Apollo lunar missions were short “largely due to the risks of space radiation exposure and the unpredictable nature of the solar weather.”

The human body in space

For a shorter mission, what could people expect to happen to their bodies in space? Doctors in NASA’s Chief Health and Medical Officer, Dr. JD Polk, told Salon that for a “very short flight into suborbital space,” the major issue is Space Adaptation Syndrome — a condition marked by nausea and sometimes vomiting from the "neurovestibular mismatch" when someone first enters space. Space Adaptation Syndrome is also referred to as space sickness, and it can last up to three days. When a human first leaves Earth’s atmosphere, relative directions can become disorientating as the vestibular system — which sends the brain information about motion, equilibrium and spatial orientation — is impacted by the lack of weight in space.

Astronauts have recalled instances in which they couldn’t remember where their limbs were (imagine not knowing where your leg was located) or what direction is up or down. Then there's radiation exposure. For a Mars mission, it is predicted that a human could be exposed to unpredicted deadly amounts of radiation. The report “Space Faring: The Radiation Challenge” details how special shelters would be needed to protect astronauts from “receiving deadly doses of radiation” from solar particle events like solar flares and coronal mass ejections.

Even for a lunar mission, radiation exposure would still be high, though slightly less intense than in space. An estimated radiation dosage for a nine-day mission to the Moon is 11.4 mSv — roughly 34.2 chest X-rays. (1 mSv of space radiation is equivalent to receiving three chest X-rays.) On Earth, we are naturally exposed to an average of 2 mSv each year. Another concern for even a short-term trip is the loss of bone mass and muscle. As long as gravity isn’t working on your body, your bones lose minerals and density. NASA estimates bone density can drop around 1 percent each month in space — compared to 1 percent per year on Earth, an estimate that applies to “elderly men.”

This notion can also make the human body more susceptible to kidney stones while in space — and since medicine works differently, it’s not a problem that can necessarily be masked with painkillers. For NASA astronauts, exercise is key in space to thwart bone mass and muscle loss — on average, they clock in two hours of exercise a day.

The human mind in space

While the effects on the physical body are ones to be concerned about, the probability of controlling and detecting them is higher than knowing what the psychological effects of space travel will be — and when or if they will arrive. Even the most well-trained astronauts have neared unstable mental states during and after space missions, and understandably so. “The more confined and isolated humans are, the more likely they are to develop behavioral or cognitive conditions, and psychiatric disorders,” NASA explains.

In 2007, NASA astronaut Lisa Nowak was charged with attempted murder months after flying to the International Space Station. This incident put NASA’s mental health screening process for astronauts into question — they have since put more resources into studying and answering questions of mental health in space. In 2017, the NASA TREAT Act (To Research, Evaluate, Assess, and Treat astronauts) was signed into law; it authorizes NASA to diagnose, monitor and treat both medical and psychological conditions linked with spaceflight.

Hallucinations, while not always threatening, have been commonly reported by astronauts. Astronaut Don Pettit wrote in a “Letters to Earth” blog post in 2012 that he saw “flashes in my eyes, like luminous dancing fairies,” which were caused by cosmic rays.

Then there’s feeling of being separated from Earth. The "break off phenomenon” is a term used to describe “the feeling of physical separation from the earth when piloting an aircraft at high altitude,” as Brant Clark and Captain Ashton Graybiel described in a journal article.

There's also what Carl Sagan and others call the "Overview Effect." In Carl Sagan’s book "Pale Blue Dot," he writes: “Our planet is a lonely speck in the great enveloping cosmic dark. In our obscurity, in all this vastness, there is no hint that help will come from elsewhere to save us from ourselves.” That warped sense of perspective has caused some astronauts to have spiritual experiences during and after their spaceflights. The late Edgar Mitchell, a NASA astronaut on Apollo 14, said in space one develops “an instant global consciousness.” Colonel Chris Hadfield, the first Canadian astronaut to walk in space, said he believes those who visit space would be “be reinforced in their faith, and maybe readdress the real true tenets of what's good and what gives them strength.”

Arguably, in times of war and political divisiveness, a dose of that attitude wouldn’t hurt — and maybe that’s why many of us are obsessed with the idea of space travel lately. It’s a fantasy, an escape, from the turmoil on Earth — until we’re reminded that it’s a pretty dangerous endeavor, and it might just be easier to fix things here on our home planet first.