Contamination and corruption are at the heart of "Rotten," a new Netflix documentary about food 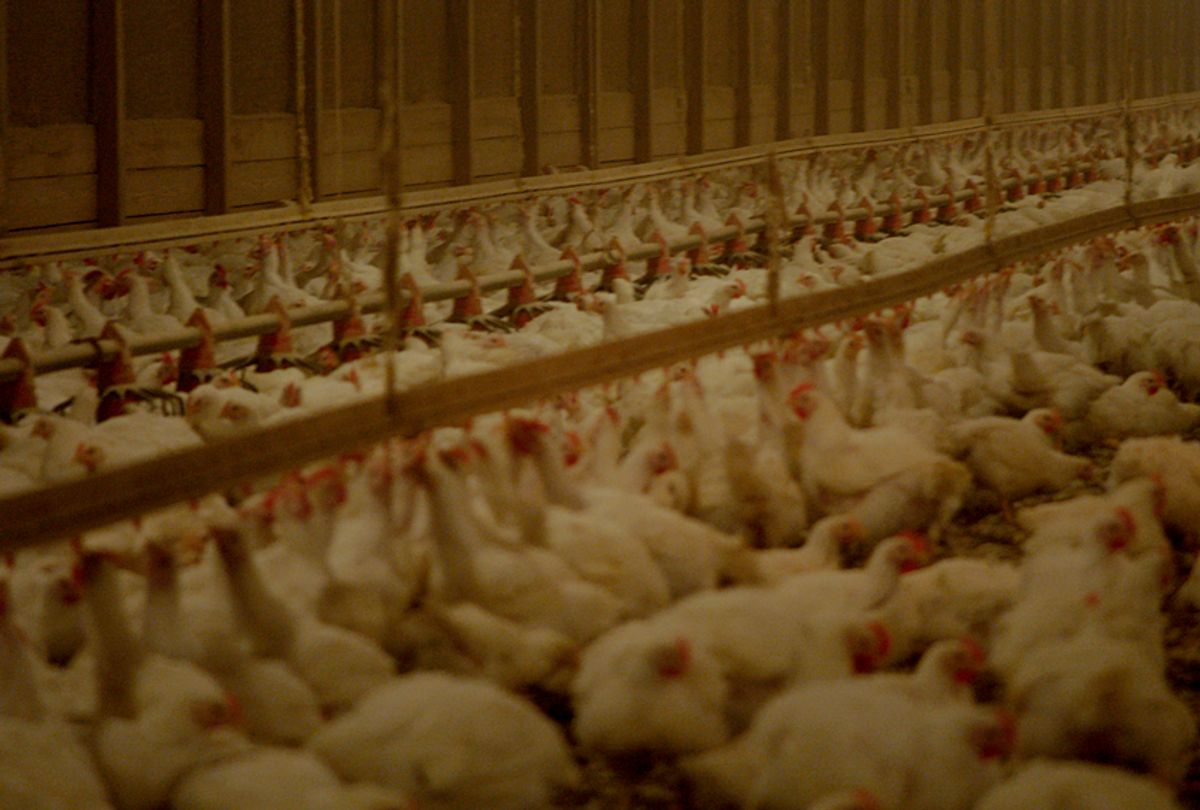 There’s an old movie industry maxim that getting people to watch a documentary is like asking them to eat spinach. Luckily, those old movie industry guys have been ushered out of the building and documentaries, like spinach (lightly sautéed with garlic), are being appreciated like never before. Netflix has fully embraced the documentary form — not that they’re being all noble; nonfiction fare sure costs a lot less to produce than a Will Smith orc-fest — giving us a cavalcade of choices, putting out features like “The Square,” “Virunga” and “13th,” and series such as “Making a Murderer” and “Hip Hop Evolution.”

Its latest series, “Rotten,” which began airing this month, asks audiences to take a closer look at where the food on our plates came from. It’s not an assault on our diets as much as an eye-opening examination into the business of food production and the corporate and criminal malfeasance that is a part of the multibillion-dollar food industry. Episodes on honey production, chicken and dairy farming, cod fishing, and garlic imports unravel through smart, long-form journalism that zeroes in on compelling characters involved in (as perpetrators or victims) criminal cases told through tight narratives that are positioned in greater contexts.

No surprise, then, that a journalist worth her salt, Christine Haughney, a veteran of the Wall Street Journal and the New York Times, was the lead investigator for the series. (Zero Point Zero, the production company behind the Anthony Bourdain juggernaut, produced “Rotten.”)

Salon spoke about “Rotten” with Haughney, who, when she’s not confronting her fishmonger about the true source of her dinner, is tracking down leads as a reporter for Politico.

How’d you come up with title “Rotten” for the series?

The title "Rotten" was conceived by Netflix. We had called it “Food Crimes.” It gets at the broader story of the food supply chain: where we get our food, how we get our food, contamination, and how corrupted the system has become. The word “rotten,” encapsulates a lot of that.

How did you come up with the subjects for the season’s six episodes?

What we looked at was the concept of crime and food. If you’re a criminal, the food industry is the hot place to be right now because you don’t serve a lot of prison time. Also, I look for characters who are very compelling. For the honey story, you have one of the largest food fraud cases in history and you have these highly educated, well-composed criminals. For the “Peanut Problem” episode, we had to go to England because peanut allergies aren’t treated as a crime in the United States. But in the UK, there was this case of someone being put on trial and going to prison for knowingly using peanuts [without informing customers].

Do you think allergies should be looked at by criminal courts in the U.S.?

I think our legal system had to be more conscious of these cases.

Which of the stories do you think is most urgent for audiences to see?

Everyone should take a look at the garlic episode; not just at what we consume but the bigger picture of what we purchase when we are buying something that comes from China, whether it's garlic or Matchbox cars. We are part of this process. That story had twists and turns as we were reporting.

As a journalist, how did you handle the tension between solid reporting and telling a good story?

So, the standards we brought to this were New York Times standards. And Netflix is very rigorous with their legal department. We are always questioning ourselves. We brought in another reporter who vetted the garlic episode. And, from a journalistic perspective and a storytelling perspective, I think Netflix chose directors who are straight down the middle.

Has Netflix given you any feedback on how the series is performing with viewers?

I don't know. But I am getting good reporting leads. As a journalist, I am happy with that.

Has Tony [Bourdain] given you any notes?

No. Tony is not involved in the show. He is a totally separate operation.

Do you think people want to watch shows that are going to make them feel bad about the food they eat?

I think about this a lot. It’s 10 o’clock at night; do you really want to watch something that’s depressing? I have a 4-year-old and I am pregnant now. I am exhausted when I’m home and I turn on my TV. Recently I turned on this documentary on autism and I asked, “Why am I watching this?” But it kept me going. These are stories that are worth thinking about. They are important. And they put your life in perspective. They take you to other places. In the garlic episode, we go to farms in China and in New Mexico.

If Netflix re-ups for another season, do you have any idea what future stories you may cover?

I’m now covering the Trump administration [for Politico] and I think we have enough material for 20 seasons. Also, there’s the global story; so many different places to explore. We could look into India and Africa.

Being filled with this knowledge of our food industry, are you like a total downer to talk to at a dinner party?

Well, I have been completely humbled by the experience of having a kid. I used to say, “Oh, don’t eat this fish or that fish.” I would stay away from shrimp from Thailand. But If there weren’t fish sticks, I don’t think this series could have been made. My son loves fish sticks. One of the hardest things to do is to get dinner on the table every night. I feel incredibly less judgmental. We all have to make food choices. Like, I have a refrigerator filled with lettuce now. You’ve heard about the recent FDA warnings?

Yes. So, what are you going to do?