The head of the DHS says deporting Dreamers isn't a priority, but anyone seems to be fair game 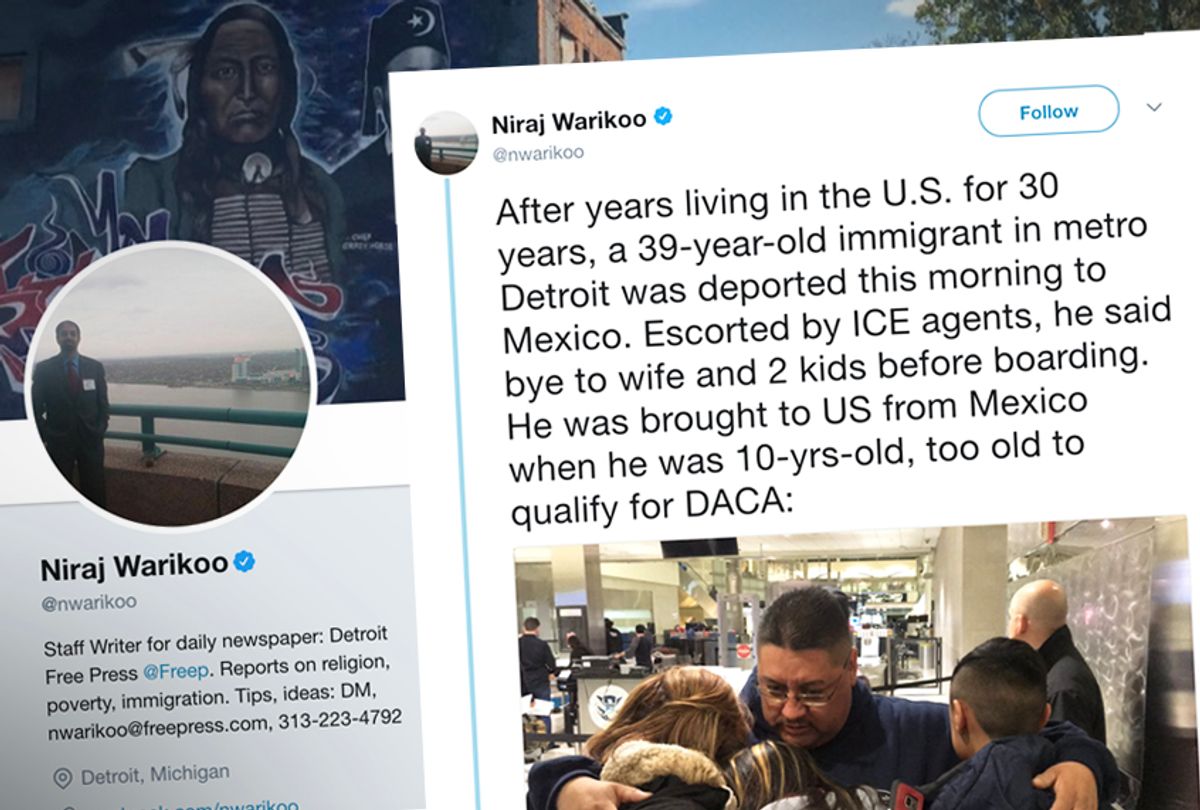 On Martin Luther King Jr. Day, Jorge Garcia, a 39-year-old landscaper and father of two who was brought to United States when he was 10 years old, was deported, despite his hopes that new DACA legislation would lift the age cap for those who qualify.

Garcia, who tightly held his wife and two children at Detroit Metro Airport on Monday morning, did not qualify for DACA, which allows undocumented people to work and study in the U.S. Activists have long fought for DACA, and several have been arrested, as the Salon video below noted.

His wife and children are U.S. citizens and he's fought hurdles for years to become a citizen as well, but to no avail, according to the Detroit Free Press. Garcia shelled out $125,000 in legal costs and fees since 2005, his wife said. Garcia pays taxes each year and has no criminal history, but he's faced orders of removal since 2009. He was granted stays of removal under the Obama administration, but as a result of President Donald Trump's widespread immigration crackdowns, Garcia was ordered to return to Mexico in November.

"How do you do this on Martin Luther King Jr. Day?" Erik Shelley, a leader with Michigan United, an immigrants rights advocacy group, told the Detroit Free Press. "It's another example of the tone-deafness of this administration. . . If Jorge isn't safe, no one is safe."

Only 24 hours after Garcia gave his family a final goodbye, Department of Homeland Security Secretary Kirstjen Nielsen made assurances to DACA recipients, known as Dreamers, that they would not be considered "a priority" for deportation by Immigration and Customs Enforcement.

"It's not gonna be a priority of the Immigration and Customs Enforcement to prioritize their removal. I've said that before. That's not the – that's not the policy of DHS," Nielsen told CBS. "If you are a DACA that's compliant with your registration, meaning you haven't committed a crime, and you in fact are registered, you're not priority of enforcement for ICE should the program end."

Of course, Garcia did not qualify to be a Dreamer, but the story of his deportation should serve as fuel for the Democrats and DACA advocates to fight for legislation that protects the lives of those who have known no other country. The Trump administration has attempted to work with bipartisan lawmakers to nail down a deal that both determines the fate of DACA and appropriates funding for border security measures — like Trump's so-called wall.

In recent days, Trump has blamed Democrats for not having a deal done yet; he's also said that the U.S. should not be taking immigrants from "s**thole" countries such as Haiti, El Salvador and places in Africa, while instead saying he would welcome immigrants from places such as Norway.

Under the Trump administration ICE raids have soared and have also swept up many undocumented immigrants that were previously not seen as a priority for deportation, such as men like Garcia.