In one admittedly long sentence, Philip Roth gets the essence of the president 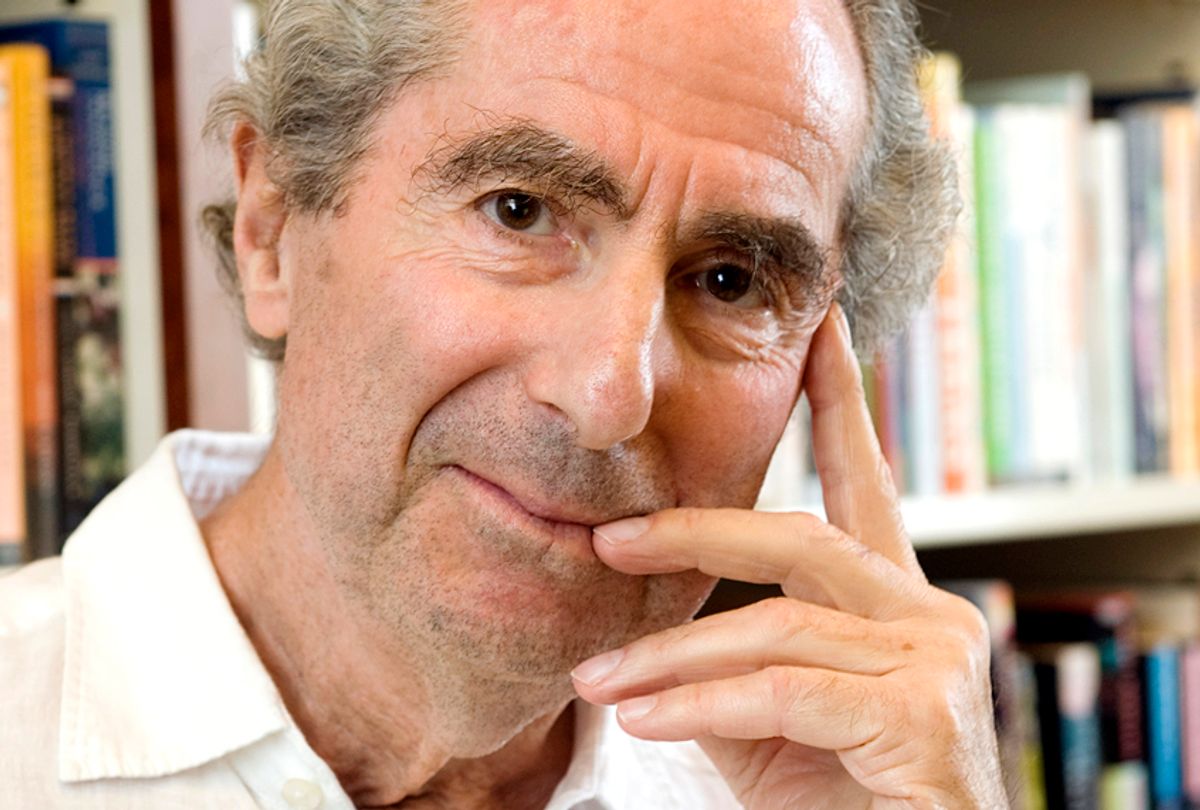 Definitively retired, totally crabby, Man Booker and Pulitzer Prize winner Philip Roth spoke to The New York Times in an interview published Monday, and man, does the revered American writer have thoughts on thoughts about our current president.

Asked to draw parallels between his fictional narrative of a fascist, anti-Semitic uprising on American soil, Roth said, "Charles Lindbergh, in life as in my novel, may have been a genuine racist and an anti-Semite and a white supremacist sympathetic to Fascism, but he was also — because of the extraordinary feat of his solo trans-Atlantic flight at the age of 25 — an authentic American hero 13 years before I have him winning the presidency." He add that actual, real 2018 president Donald Trump is, by comparison, "a massive fraud, the evil sum of his deficiencies, devoid of everything but the hollow ideology of a megalomaniac." It's about as good a summation of what our current commander in chief represents as you'll get.

Roth, when asked if he could have predicted today's political and cultural landscape responds that, "No one I know of has foreseen an America like the one we live in today. No one (except perhaps the acidic H. L. Mencken, who famously described American democracy as “the worship of jackals by jackasses”) could have imagined that the 21st-century catastrophe to befall the U.S.A., the most debasing of disasters, would appear not, say, in the terrifying guise of an Orwellian Big Brother but in the ominously ridiculous commedia dell’arte figure of the boastful buffoon." He adds, "How naïve I was in 1960 to think that I was an American living in preposterous times! How quaint!"

About, the #MeToo movement, Roth is somewhat less steady. Yes, the man who has often made a subject of the unchecked male libido says he's appropriately not "astonished" by the many stories of abuse surfaced in the press. Yet, he frames his conversation of these actions with words like "urges," "carnal fervor," "lunacy," "beguiled" and others that suggest that, in some ways, the author feels men are set upon by their thoughts and impulses such that they do not bear the full weight of responsibility for their behavior.

Yes, Roth says, "I haven’t shunned the hard facts in these fictions of why and how and when tumescent men do what they do," yet, for him, this is a discussion of "the erotic furies." Of course, the actions under scrutiny by #MeToo are not as tied to "the insistent call of sexual pleasure" as he appears to believe. Billions of men and women feel such "hunger" at almost all times without serious incident. The problem addressed by #MeToo and Time's Up is one sympathy, humanity, respect and the lack of them that many men exhibit. Their abuses are, strictly speaking, about power, not sex.

In any case, it's lovely to see an 84-year-old writer still fiery, still engaged with thought, still wonderfully, pointedly crabby at an age when many fall back into intellectual laziness and disengagement.