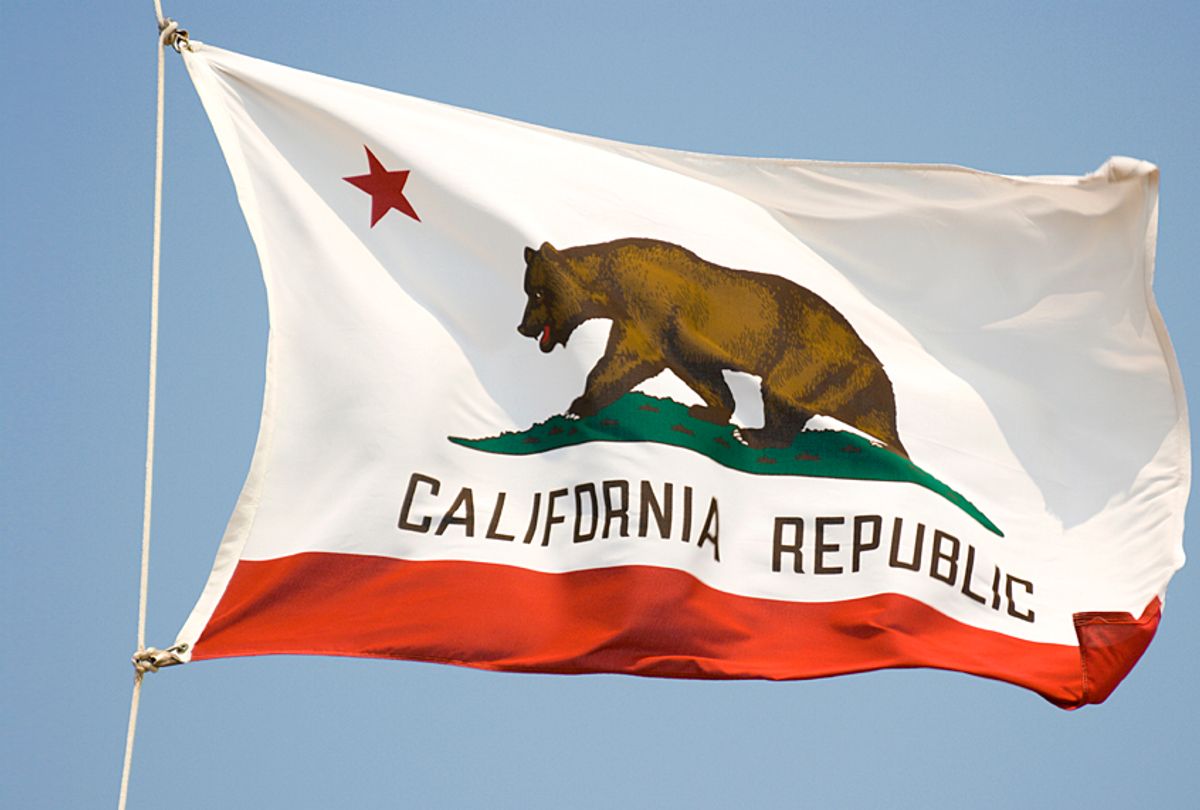 California is a very large state, filled with a diverse collection of competing interest groups. Every few years, some of these interest groups complain that they're being oppressed because what's happening isn't exactly, precisely what they want to happen. Such being the case, they declare that they want to secede from the state and form a new one.

The latest breakaway effort comes from "New California," a group that wants to break the inland, predominantly rural part of the state away from the coastal areas. The New California plan would divide the state's representation in half, while adding two new (ostensibly Republican) Senate seats.

In rhetorical terms, the New California plan is a call to "the Duty of the People who are suffering the long train of abuses and usurpations at the hands of a tyrannical government." That's a lot. In the actual words of founder Paul Preston to CBS, it's all about taxes.

"Well, it's been ungovernable for a long time. High taxes, education, you name it, and we're rated around 48th or 50th from a business climate and standpoint in California," he said. That's not, strictly speaking, the truth. As recently as 2016, the state was posting an increase in GDP growth rates, and its 4.2 percent was leading the nation. The Golden State's inland regions haven't been left behind: The California boom has been beneficial to areas New California wants to claim as its own.

Still, New California is leaving behind the richest parts of the state — Silicon Valley and Los Angeles — while laying claim to farmland, a strategy that has not escaped notice.

It would be remiss not to mention that there are overwhelming political concerns here. The California comeback that's been going on over the past few years has been completely in line with Democratic policies — and, in no small part, thanks to Silicon Valley and San Francisco — while Republicans have been voted out of office across the state. It's hard not to believe that this is less about regulatory issues or good, old-fashioned cash than it is about injecting Congress with more representatives from red counties and a fully theoretical red state.