Trump seems likely to kill any immigration compromise: So now what? 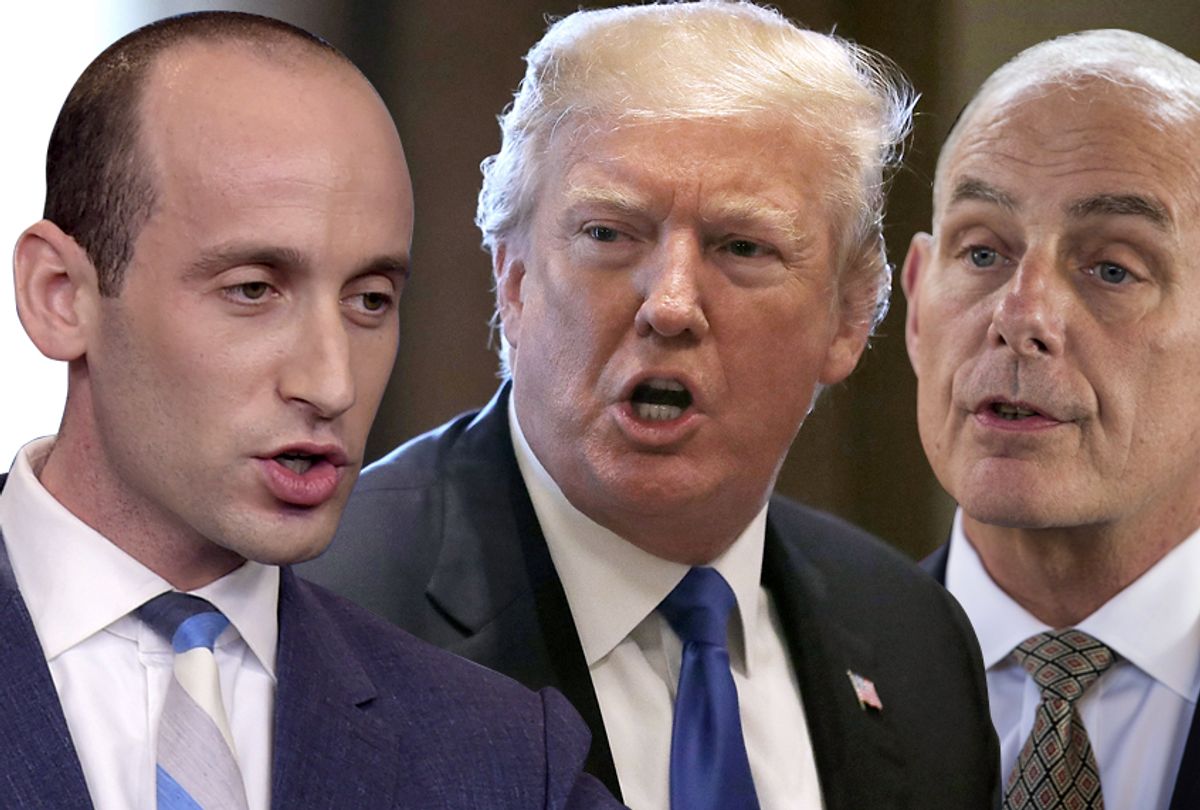 Donald Trump's messaging about his stance on immigration reform has been a jumbled mess. During a televised negotiation meeting last week, Trump repeatedly contradicted himself, at one point claiming, "If [members of Congress] come to me with things I'm not in love with, I'm going to do it. Because I respect them." But the White House also insists that Trump is holding out for a slate of reforms, including vague calls for more "border security."

The hope has been that somewhere in this muddled mess, some kind of compromise could be reached where Democrats agree to vote for stricter immigration laws in exchange for Republicans offering permanent status and a path to citizenship for Dreamers, the nickname given to undocumented people who immigrated to the U.S. as young children.

But Trump's comments last week — when he reportedly denounced immigration from "shithole countries" like Haiti, El Salvador and the nations of Africa, and yearned for more immigrants from Norway — have highlighted the major obstacle to any deal on immigration: Racism.

Trump could be deliberately tanking negotiations, or he might just be ruining everything due to his belligerence and bigotry. Either way, the result is the same. Congress needs to come up with a deal on immigration by Jan. 19, but Trump's personal bigotry, and loyalty to his nativist base, is threatening to destroy any bipartisan legislation.

“When the cameras are rolling, the president talks of Congress passing a bipartisan bill of love to protect the Dreamers," said Vanita Gupta, the head of the Leadership Conference on Civil and Human Rights, during a Friday press call. "But like all reality TV stars, he sings a different tune when the cameras are off, and in this case, a very racist and disgusting tune."

“Trump wants to implement a racial purge," said Judith Browne Dianis of the Advancement Project. "He wants fewer Haitians and Africans and more Norwegians. He wants a whitening of America.”

This puts Democrats and Republicans who are open to immigration reform in quite a bind. It's one thing to compromise on issues like funding for border security or reshuffling visa allocation. But there's really no room for compromise when the debate is about whether people are equal, regardless of race.

As Jamelle Bouie noted in a recent Slate piece, Trump has "governed explicitly as a president for white Americans and the racial reactionaries among them" and seems to regard all other Americans as irrelevant, both as citizens and voters.

The White House reacted to the negative coverage of Trump's "shithole" comments with some dodgy denials that almost no one believes, given the president's pattern of glib and persistent lies. But there's also reason to believe that Trump was excited about how the comment would endear him to his base.

Jim Sciutto of CNN reported last week that, according to a source close to the president, he spent the night after that meeting "calling supporters and taking what was characterized as a 'victory lap' over his comments. By early morning, though, his boasting turned to denial."

Trump's apparent belief that his base would love the "shithole" remark was accurate enough. As Tina Nguyen of Vanity Fair reports, "alt-right" deplorables ignored the facile denials and gleefully celebrated that Trump was once again letting white supremacists know that he's on their side.

“They have found their guy in Trump," Heidi Beirich of the Southern Poverty Law Center told Salon, speaking of white nationalists. It's not just the "shithole" comment either, Beirich added, but also the fact that Trump is "literally saying ‘chain migration,’ using their words," which indicates that overt racists "have incredible influence in this White House and that immigration policy is being driven by their ideas.”

"As more and more immigrants are admitted to the United States, the population eligible to sponsor their relatives for green cards increases exponentially," reads the FAIR website. "This means that every time one immigrant is admitted, the door is opened to many more."

In reality, a hard limit of 226,000 people are allowed to immigrate every year through family systems, creating an inhumane system under which people have to wait years, and sometimes decades, to rejoin family members who live in the United States.

The racist term "chain migration" has spread rapidly, thanks to the White House mainstreaming the rhetoric of white supremacists. As Media Matters reports, the phrase was never uttered at all on Fox News in 2016, but was said 295 times in 2017.

Groups like FAIR and NumbersUSA like to claim they aren't racist, even though both were founded by a white nationalist named John Tanton who openly argued for "a European-American majority." Instead, they frame their anti-immigration arguments in terms of crime or the economy. But as Beirich pointed out, immigrants are "not more crime-ridden" and they "don’t cost the economy more than they bring in."

"Their arguments are meritless," she added, so it's clear that they simply "don’t want brown- and black-skinned immigrants in this country.”

Trump has gone wobbly a couple of times on giving legal status to those who were brought here as children, but he has surrounded himself with nativists who consistently push him back toward a hardline, racist stance.

As The Washington Post reported Monday, White House aide Stephen Miller was worried that Sen. Lindsey Graham, R-S.C., and Sen. Dick Durbin, D-Ill., would talk Trump into accepting a compromise bill that protected the Dreamers. So at last week's now-infamous meeting, Miller made sure Trump was surrounded by anti-immigration hardliners before Durbin and Graham even got there. The move worked, ensuring that Trump was on a racist bender that made any discussion of a reasonable compromise impossible.

The white nationalist base opposes any legislation, including allowing the Dreamers to stay, that validates the idea of a multicultural America. That's why it's hard to imagine that Trump, who is so attentive both to his own racist views and to pleasing his racist base, will ever consent to a compromise that appears to legitimize the immigration of people of color to the United States.