US life expectancy just dropped for the second year in a row. Let’s stop the trend now

Deaths from opioid, suicide and other public health threats could have been avoided 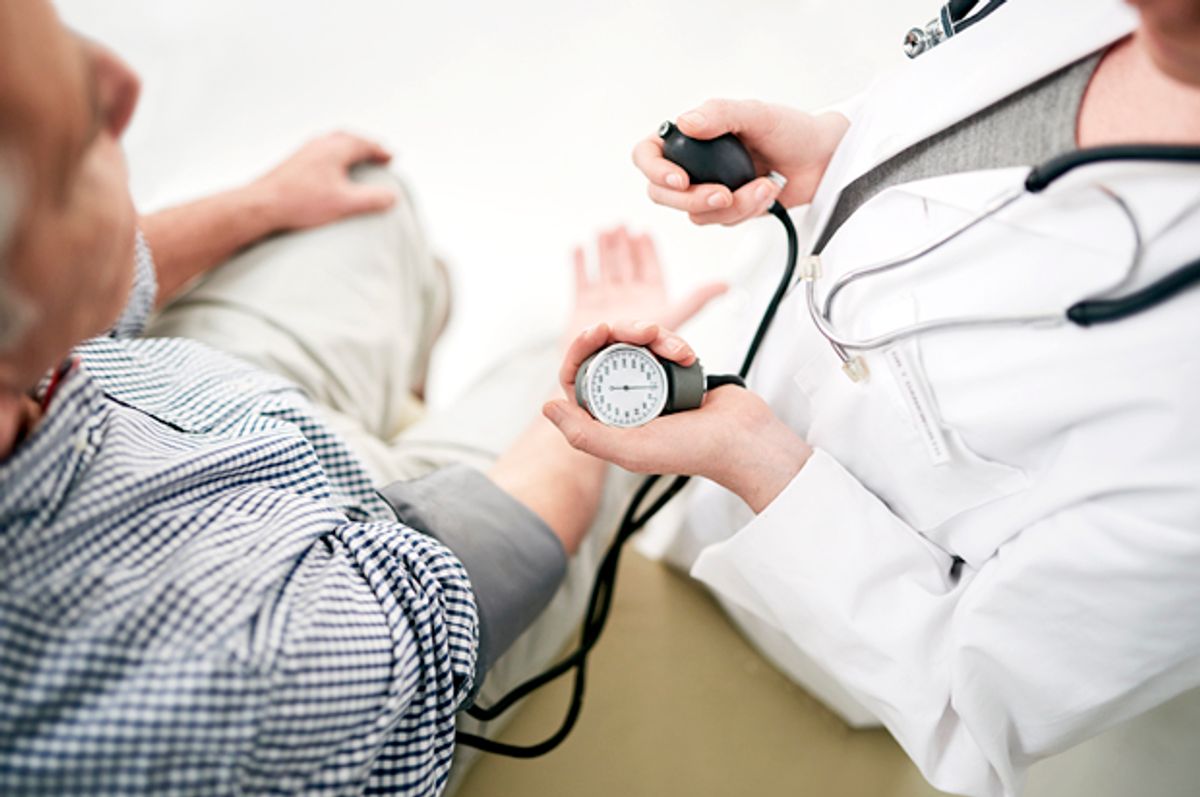 U.S. gross domestic product is at an all-time high. U.S. life expectancy is not.

Life expectancy has fallen for the second time in two years – from a high of 78.9 years in 2014 to 78.6 years in 2016. It fell for men and women, whites, blacks and Hispanics. Statistics show that thousands were preventable, premature deaths.

Life expectancy is not supposed to fall in countries that are this rich, spend this much on health and pride themselves on taking care of each other. As a demographer working in a school of public health, I am astounded by the complacency at the loss of so many Americans in the prime of life.

Where can we turn for leadership? What can each of us do about the crisis? Public health has answers. The modern practice of public health is about building community coalitions to support many simultaneous strategies across many different sectors. The public health problems of the 20th century were not solved by magic bullets; it took massive social change and political enlightenment. It will take nothing less in the 21st century.

Between 1880 and 1945, U.S. life expectancy rose from 40 to 65 years old. This was no miracle of modern medicine. Rising life expectancy preceded the discovery of most antibiotics, vaccines and most modern treatments for cancer, heart disease and kidney failure.

And, until 2014, U.S. life expectancy continued to rise. In high-income countries in Western Europe and Asia – such as Korea, Singapore and France – life expectancy has advanced well above 80.

The latest data from the Centers for Disease Control and Prevention show that the death count for Americans under 65 rose by 20,566 between 2015 and 2016. Based on population growth alone, one would have expected only 6,131 additional deaths. The other 14,435 Americans died prematurely of causes that could have prevented.

The U.S. is not bumping up against natural limits to life expectancy. The extra American funerals were for American sisters, brothers, sons, daughters, neighbors and co-workers dying in their 20s, 30s, 40s and 50s. Their death certificates list mostly overdoses from opioids and other substances, cirrhosis, suicide and homicide.

Role of the public health profession

Public health is the profession devoted to identifying health threats, notifying the community and securing solutions from both private and public sectors. Cholera in the well? Bacteria in the milk supply? Unsafe vehicles? Insufficient vitamins? Public health professionals have sounded the alarm and spurred effective countermeasures. Their professional tools include epidemiology, communications, economics, law and, most importantly, political coalitions.

However, modern scourges like addiction, suicide and despair do not have easy single solutions. We know partial remedies include funding addiction treatment, more access to the overdose antidote naloxone, better prescribing patterns and drug enforcement. None is sufficient alone. No single measure addresses the long pipeline that generates addiction in the first place.

Community vulnerability to diseases of despair like suicide and addiction comes from a failure of social solidarity and inclusion. Sociologists regularly observe an inverse relationship between suicide rates and national markers for social trust. Public health can bring us together to tackle our current nemesis.

We’re already seeing how potential solutions to these problems can take shape.

In 2016, the U.S. Department of Health and Human Services introduced a new strategic blueprint whereby our public health workforce could rise to the modern health threats. The Public Health 3.0 plan asks for the nation’s public health officials to gather citizens, local businesses, hospitals, schools and other government agencies to understand and respond to health threats. The core of the strategy has been asking for health officers to become conveners and facilitators of local solutions.

In Wilkes County, North Carolina, a Public Health 3.0-type approach to the opioid epidemic just finished its 10th year. Known as Project Lazarus, the community’s initiatives led to a 9 percent reduction in mortality. The county got pharmacists and health professionals to train health care providers on diversion, forgery, and better pain management. They were able to engage their hospital emergency departments to discuss new pain management policies. They expanded the availability of drug rehabilitation, promoted Naloxone rescue kits and mapped out all of the safe pill drop locations.

The critical foundation for all of this activity was an ongoing set of coalition meetings for citizens, health directors, school superintendents, sheriffs, hospital leaders and mental health professionals. Leadership and energy came from both the government and the private sector.

Public Health 3.0 has been hard to pull off, even though it doesn’t require a major federal initiative. The public health workforce has a comfort zone in crunching numbers and running programs to control one disease at a time. Health departments raise much of their funds by writing disease focused grants to state and federal agencies. There is scarce time or priority for the effort to convene communities. Few grants anywhere pay for the hard work of rallying citizens. Nevertheless, health officers do community organizing because there is no better way to prevent disease.

We already have public health professionals in every American state and county. It’s time for this profession to rise to the challenge of engaging not just the government, but all citizens in unifying communities to address the growing despair that has afflicted our minds and bodies.