Diabetes affects 10 percent of adults, but Republicans are undermining virtually all programs that can help 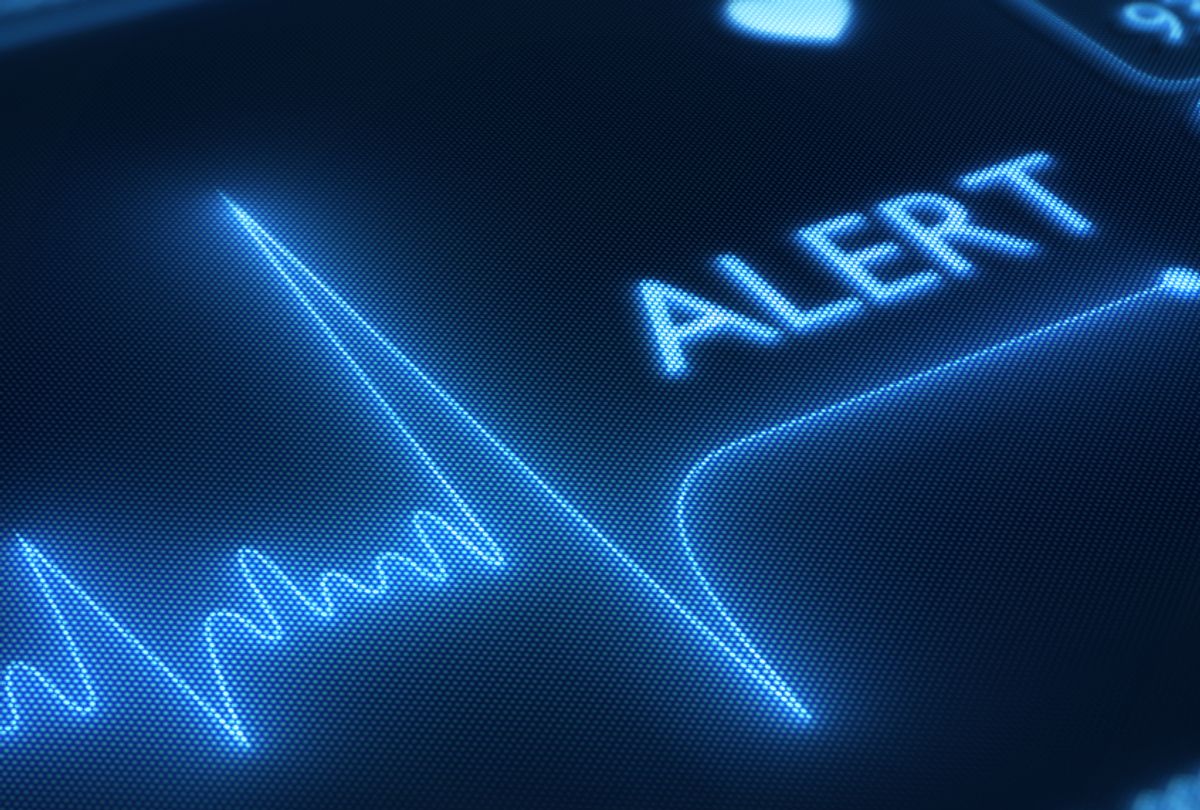 The first year of Donald Trump's presidency has been marked by repeated and unfortunately all too successful efforts to cut off health care access to Americans, particularly the young. Trump administration efforts to discourage people from signing up for health care meant that 2017 ending with 3.2 million fewer Americans with health insurance than in 2016. Canceling the insurance mandate is expected to result in millions more losing insurance, as insurance premiums soar. Now it seems Republicans are ready to pull the plug on the Children's Health Insurance Program (CHIP), ending insurance coverage for 9 million children.

Republicans love to portray cuts to health care spending as a money-saving maneuver, but the reality is far more complicated. Denying health care to people when they're young can lead to more health problems down the road and escalating costs, both on the private insurance market and in single-payer government programs like Medicare. This was already demonstrated by a Congressional Budget Office report showing that funding CHIP actually saves the government money.

A new report from LiveStories, a private company that crunches civic data for public officials and researchers, highlights the impact that diabetes is having on the health care system and how critical long-term prevention strategies are to reducing overall costs due to this chronic illness. Using data from the Centers from Disease Control, LiveStories researchers were able to map the prevalence of diabetes and even break down the data geographically to the zip code level.

The report details two general trends: The rate of diabetes diagnoses is actually flattening out and likely even declining, but the number of people living with the disease is actually soaring. That's because diabetes management has improved and people are living longer lives despite being diabetic. Diabetics are now 10 percent of the adult population, up from 4 percent in the early 1990s, even though the number of new diagnoses has been falling.

“Those are both really good things, and we set out to do those things in the 2000s," Adnan Mahmud, the head of LiveStories, told Salon. "We said, let’s try to have fewer cases of diabetes through education and that’s succeeding, and we also said that people that do have diabetes, let’s make sure they have a decent life.”

Unfortunately, he added, "because people are living longer with diabetes, there is a cost burden coming on health care.”

The report estimates that the amount of money spent on diabetes care through Medicare will rise 42 percent by 2030, up from the $100 billion the program spend in 2017.

Instead of letting people die, however, Mahmud suggests that the government should redouble efforts aimed at keeping people from developing diabetes in the first place. Unfortunately, Republican efforts to push people out of the health care system, especially younger people, will likely have the opposite effect. Under the Affordable Care Act, diabetes screening and nutritional counseling are covered without a copay, meaning that people at risk for developing Type II diabetes can often find out beforehand and take steps to prevent that from happening. But if people don't have health insurance, that screening and help will be unaffordable.

At Salon's request, the researchers at LiveStories broke down the diabetes data by geography. A state-by-state breakdown of diabetes rates of people over 65 — which means mostly Medicare patients — shows that the "Trump country" states are particularly hard hit. 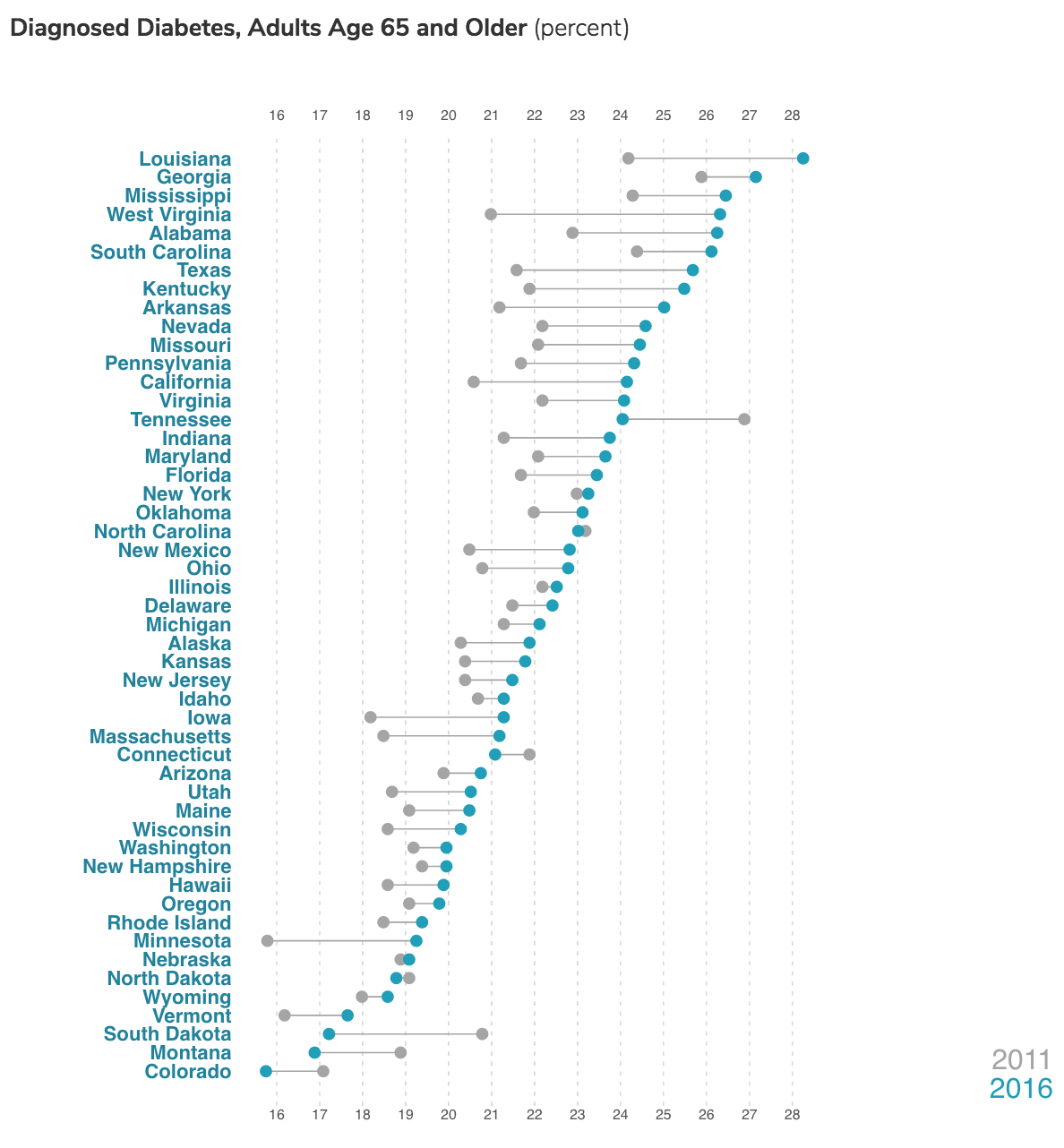 (Thanks to LiveStories for providing the graph to Salon.)

While the numbers are complicated and there's not a direct one-to-one comparison, it's no surprise that there's some correlation between a conservative unwillingness to invest in health care for younger people and high diabetes rates for Medicare-age people. Of the 10 states with the highest diabetes rates, eight were slow to adopt the Medicaid expansion under the Affordable Care Act or have still not done so.

Similarly, a chart provided to Salon by LiveStories shows that people living in rural areas are particularly susceptible to dying of diabetes-related causes, while rates of diabetes mortality are falling faster for people in large metropolitan areas. 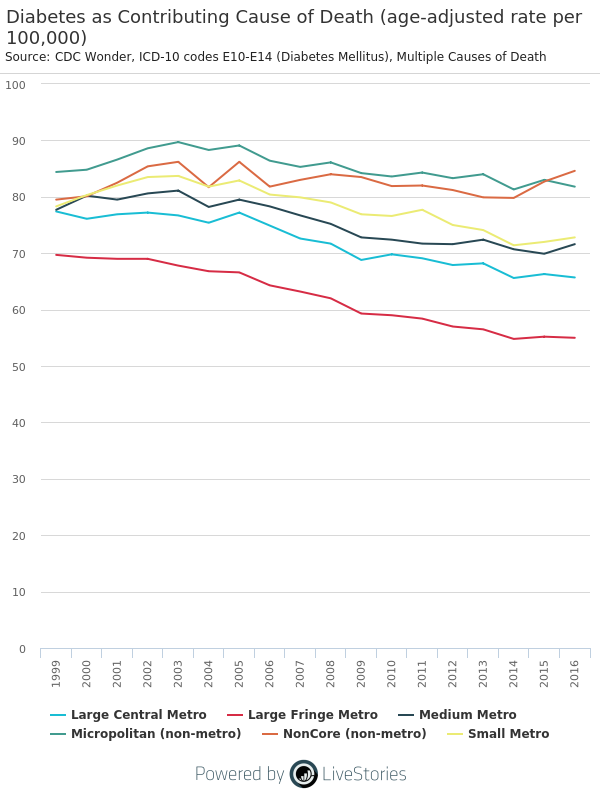 This kind of data underscores the need for early interventions and lifetime access to health care as a way to prevent and manage chronic illnesses like diabetes, so they don't get worse or more expensive.

Unfortunately, Republicans seem determined to structure the American health care system in the most counterproductive way possible, cutting people under 65, particularly younger people, out of health care while leaving Medicare spending untouched, at least for now. (Medicare will likely be untouched forever. Older people vote, and are highly likely to vote for Republicans, which means that cutting Medicare is political suicide for Republicans.) That is bad policy on a human level, and it also means that Medicare's ballooning costs will continue to expand unchecked. Letting a bunch of people get sick for no good reason and then waiting until they're elderly to start covering them is quite possibly the worst health care system that one could devise, short of having no health care system at all.

The good news, as this state and city-level data shows, is that there's much that local government can do to help reduce diabetes diagnoses. Diet and exercise impact diabetes rates, and more can always be done to improve both for local communities. Improving community health care and educational opportunities is within local control, and efforts like raising the minimum wage can help people make enough money to eat better food. States can step up efforts to improve health care coverage rates, by opting into the Medicaid expansion or doing more on the state level to fund programs like CHIP.

Ultimately, however, fighting widespread diseases like diabetes is going to require real investment in Americans' health from cradle onward. That change clearly will not happen as long as Republicans maintain monopoly control in Washington.