#ReleaseTheMemo is the next phase in the anti-Mueller campaign 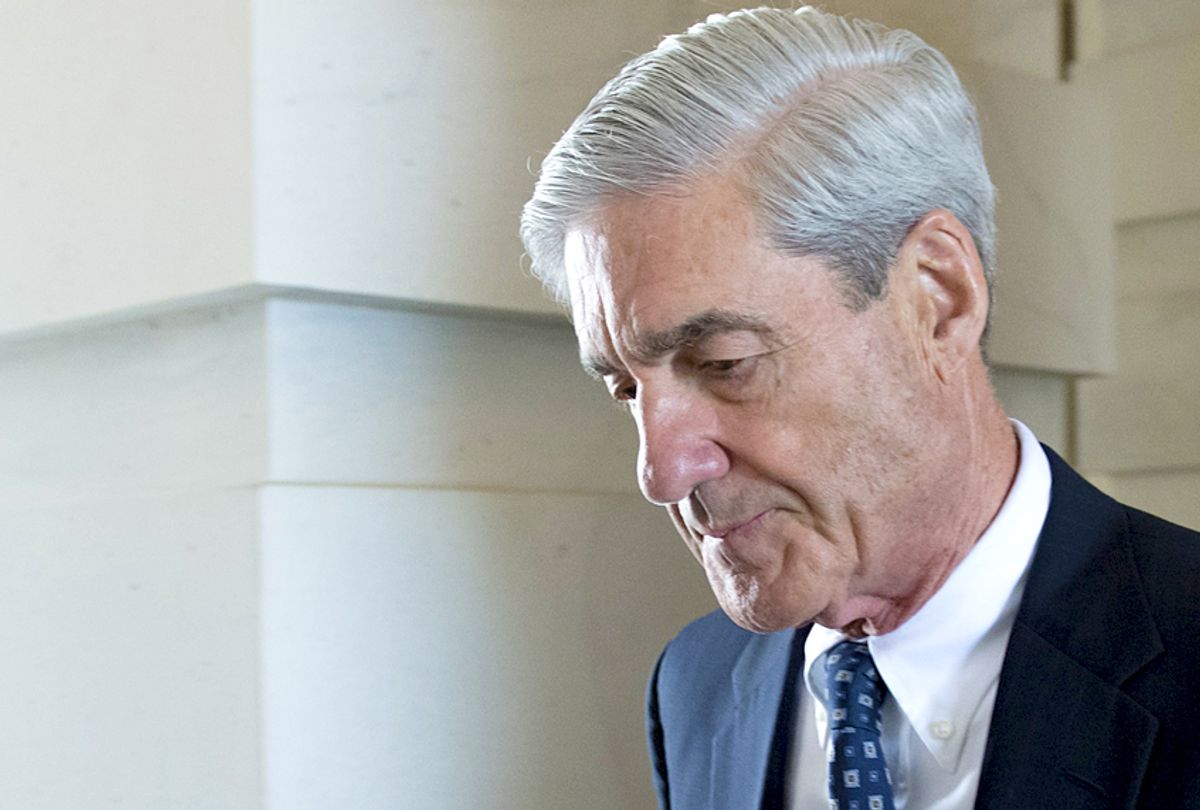 “I have a message tonight for the special counsel, Robert Mueller,” Fox News host and sometime adviser to President Donald Trump Sean Hannity said at the top of last night’s broadcast. “Your witch hunt is now over. Time to close the doors."

With those words, Hannity signaled a new phase in the campaign against Mueller, which is uniting Republican members of Congress, pro-Trump pundits and journalists, alt-right figures, and suspected Russian-linked bot networks in a full-fledged effort to torpedo the special counsel’s investigation.

The president’s allies have been calling for the termination of Mueller’s investigation almost since its launch, seeing it as a grave danger to the Trump administration. The new line of attack revolves around a four-page classified memo drafted by Republicans on the House intelligence committee that GOP members claim shows malfeasance on the part of the FBI and Justice Department during the early phases of their investigation into improper communications between Trump associates and Russia. The implication is that information from a dossier — paid for by anti-Trump Republicans and then Democrats and compiled by the intelligence firm Fusion GPS — was used as the basis for warrants under the Foreign Intelligence Surveillance Act on the communications of Trump associates, somehow showing bad faith on the part of law enforcement and invalidating the special counsel’s investigation.

After the intelligence committee voted to allow all members of the House to review the memo, several said publicly that it contained damning information that should be released to the public, using the Twitter hashtag “#releasethememo” to promote that action. “Alt-right” and traditional pro-Trump media figures, along with suspected Russian-linked Twitter networks, amplified that call, sending the hashtag to the top of Twitter’s trending list.

Hannity, who has one of the highest-rated shows on cable news and who has spent months waging an all-out campaign against Mueller, catapulted the story last night, devoting multiple segments to discussing how the memo shows “the systematic abuse of power” that is “far bigger than Watergate” and is in fact “the biggest national scandal by far in our lifetime.” Fox & Friends picked up the torch this morning and Fox seems poised to devote coverage to the memo throughout the day.

All of this is best understood within the framework of a systematic effort by the president’s allies to undermine the Mueller investigation at all costs. The underlying charges don’t make much sense.

The Russia investigation was reportedly first sparked not by the dossier, but after Trump campaign adviser George Papadopoulos told an Australian diplomat that Russia had damaging information about Hillary Clinton and that diplomat passed the information along to U.S. sources.

The most damning public revelations — that top Trump campaign aides met with self-described Russian government agents to discuss damaging information those sources said they had about Clinton, and Trump firing the FBI director over his handling of the Russia investigation — are acknowledged by all sides.

It’s unclear how the dossier’s use would somehow invalidate the results of the investigation or necessitate Mueller’s firing, except that all the people making those charges would really like that to be true.

Declassifying the memo for release would require an extensive process, making this all a very obvious stunt.

And a memo produced under the leadership of committee chair Devin Nunes, who has spent the year trying to cover for the Trump administration, has little validity.

Moreover, if the FISA warrant is so damaging, why aren’t Republicans demanding the president declassify and release it, instead of asking for the release of what amounts to Nunes’ op-ed on the topic?

The easiest explanation is that the parties involved are mainly interested in undermining the Mueller investigation and protecting the president. Over the past months, we’ve seen a drumbeat demanding new investigations into the president’s enemies and purges of purported anti-Trump elements at DOJ and the FBI.

As those efforts have borne fruit, they have emboldened the president’s allies, who now may believe they can use this memo to prep the political landscape for Mueller’s firing.